With its maze-like streets, strewn with low standing white-walled buildings which have absolutely no distinguishing feature to recall upon if you get lost (and you will get lost), there’s something incredibly welcoming and inviting about Popayan. Granted, you need to allow for the insisting thunderstorms which convert the sloping cobbled streets into gushing rivers, and there is about as much chance of catching a glimpse of a clear blue sky here as there is in England, but once you push through these minor inconveniences you can embrace Popayan with the reciprocity it so richly deserves.

The plaza is never without a trio of guitarists and singers, dressed in the finest traditional threads, playing to a foot-tappingly generous audience, almost all of whom are struggling to applaud as they enjoy one of the many grilled snacks from the food vendors in one hand and a beer in the other. Away from the plaza there isn’t much to do unless you’re a fan of praying; there always seems to be a mass in session at one of the churches. Aside from that, most places seem to shut relatively early, save for the nightclubs and bars, of which there aren’t an abundance. 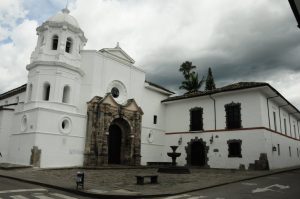 I wandered through a small open air market a few blocks from the plaza. The streets were narrow and every so often it was required of me to step into the road as the pavements were busy accommodating elderly men playing games of chess. The boards propped up on old cardboard boxes, the men perched on crates deliberating over their next move but still with the presence of mind to not only say hello, but thank you for stepping out of the way.

I ate dinner that night from one of the vendors; grilled chicken and a boiled potato on a skewer and sat in the park. The musicians had been joined by couples dancing and were taking up considerably more room than earlier. The place was electric. I don’t think there was a single person in earshot who could keep their feet still and a smile from their face. I think the same can probably be said for anyone who passes through Popayan. I saw the perfect poster today in the window of a hotel which simply read, ”Colombia, the only risk is wanting to stay.” So true. 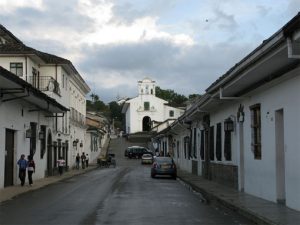 It’s understandable that people have their reservations about wanting to travel in Colombia – it can be a dangerous place. There are more military check points here than in any of the other countries I’ve been to. There was a recent bombing in Cauca, the region I’m currently in, followed by the execution of FARC leader Alfonso Cano by the Colombian government. It’s inescapably a war-zone in parts with borders that simply cannot be crossed due to smugglers and conflict. In short, anyone who tries to convince you that Colombia is completely without risk and danger anymore is talking nonsense; but it’s getting better. The pride that Colombians have for their country is heart-warming and only ever matched with what I can only interpret as a sense of admiration and gratitude to those that bother to explore it.

Tags:
Bucket List, Bucket List Publications, culture, destination
Newer Delivering A Bucket List Reader to the Destination of His Dreams
Back to list
Older São Jorge: Hospitality Lessons in the Middle of the Atlantic

Our San Antonio bucket list was super easy to create. There are so many unique bucket list experiences that we keep going back for more...
END_OF_DOCUMENT_TOKEN_TO_BE_REPLACED

Last year, Athena spent her birthday at home with us. We couldn't have friends over to celebrate and we could only get her things that ...
END_OF_DOCUMENT_TOKEN_TO_BE_REPLACED

What cities are on your travel bucket list for 2021? When we think of travel, we think of climbing hills to watch the sunrise, cocktail...
END_OF_DOCUMENT_TOKEN_TO_BE_REPLACED

Grandscape will be one of the largest and most unique mixed-use real estate developments in the country upon completion. Located in the...
END_OF_DOCUMENT_TOKEN_TO_BE_REPLACED

I've driven every type of vehicle that I can. I have experience with stock cars, Formula One, super cars, and Indy cars. I've driven mo...
END_OF_DOCUMENT_TOKEN_TO_BE_REPLACED

Traveling to Colombia soon? Excellent choice. You’ll not regret this one. But let me give you a little sneak peek of what Colombia is a...
END_OF_DOCUMENT_TOKEN_TO_BE_REPLACED 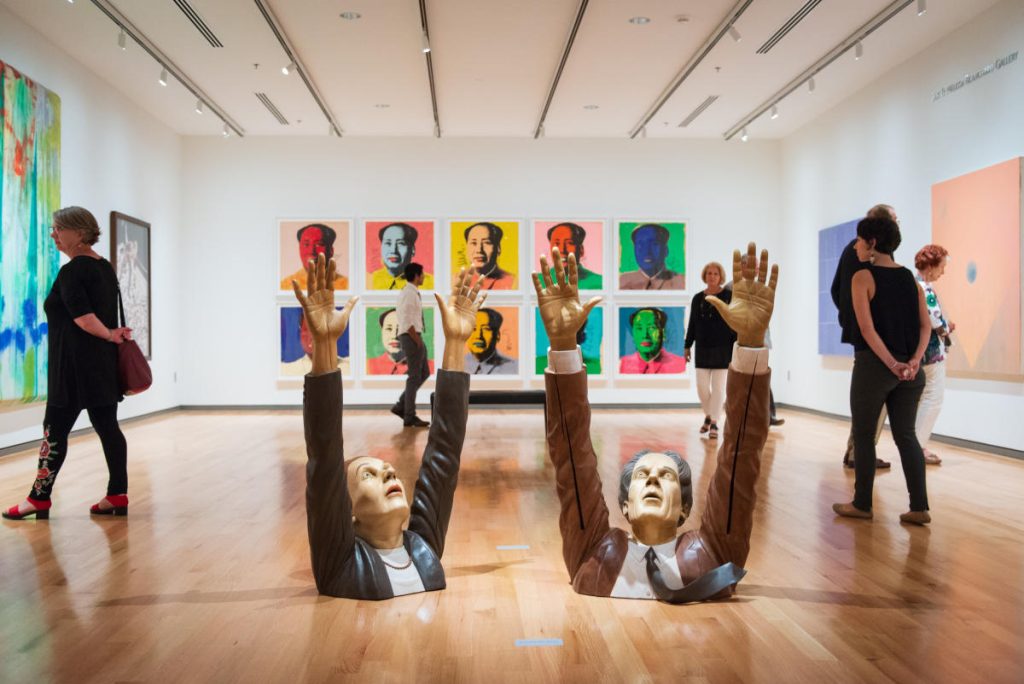 A Guide To Your Next Cultured City Break

Going on a city break can be a wonderful, cultured experience - if you do it right. Here, you’ll find some advice that will help you to...
END_OF_DOCUMENT_TOKEN_TO_BE_REPLACED

Fun, mysterious, and extremely beautiful, Cuba is a country that should be on the bucket list of every global traveler. The small islan...
END_OF_DOCUMENT_TOKEN_TO_BE_REPLACED

The State Fair of Texas is held each fall at Dallas Fair Park. The Fair has taken place every year since 1886 and it usually begins the...
END_OF_DOCUMENT_TOKEN_TO_BE_REPLACED

There are so many activities to choose from for your Mont Tremblant summer bucket list that we came up with an entire list dedicated sp...
END_OF_DOCUMENT_TOKEN_TO_BE_REPLACED

From unique tree-top suites with butlers, to private Marrakech villas, these luxury getaways stand apart for their extraordinary attrib...
END_OF_DOCUMENT_TOKEN_TO_BE_REPLACED