I Made it to India, Part Two - Bucket List Publications

If you enjoyed part 1, then I’m sure you will love part 2! Off the beaten tracks: India is a country of fragrant spices and curries, in such their food is something to be experienced. There is something for everybody – from piping hot to lightly flavoured.

A restaurant you have to make a turn at is KYBER – 145, Mahatma Gandhi Road, Fort, Mumbai.

After entering through a wooden door decorated with Urdu couplets, you are served authentic Indian cuisine, which they have coined as Ambrosia – the food of the Gods. There are lots of nooks and crannys – suitable for small intimate dinners or a group of people. A definite must on the menu is their Chicken Badaami – Chicken cooked in a rich, fragrant cream and badaam (almond) sauce… really to die for!!! Oh and don’t forget to order Masala tea – basically a spice tea, even if you are not a tea drinker you still have to try this!

Have you ever heard of the book “Shantaram” by Gregory David Roberts? If not, the first thing you have to do before going to India is read this incredible story, it explains India in all it’s good and in all it’s bad.

If you have well then you will know of the next place I love in India “Leopolds”  as it is extensively mentioned in the book. Yes it exists, yes it is there and yes it is amazing.  You will find in on Colaba Caseway in the Fort area of Bombay. (Across the Colaba Police Station) Unfortunately it was one of the early sites of attacks during the 2008 terrorist attacks and was extensively damaged, but opened about 5 days later.  Established in 1871 it started as a wholesale oil store and over the years has been a resturant/store/pharmacy.  Here you will find a mixture of locals and tourists in the know. Come here for cheap food, a beer and relaxed atmosphere. With regards to the food all I can say is I still dream of their Chicken Tikka Masala with Garlic Naan Bread (real garlic pieces) eaten with your hands in true Indian style!!! Simply divine! Also if you are super lucky you might just pick up an already signed copy of Shantaram to treasure!

Go to a temple – Be advised go with a guide, as there are many rules and regulations which you will not want to break. The architecture and design of all of them are beautiful. And you might even find a few nuggets of advise such as: “Every man is the architect of his own fortune”. 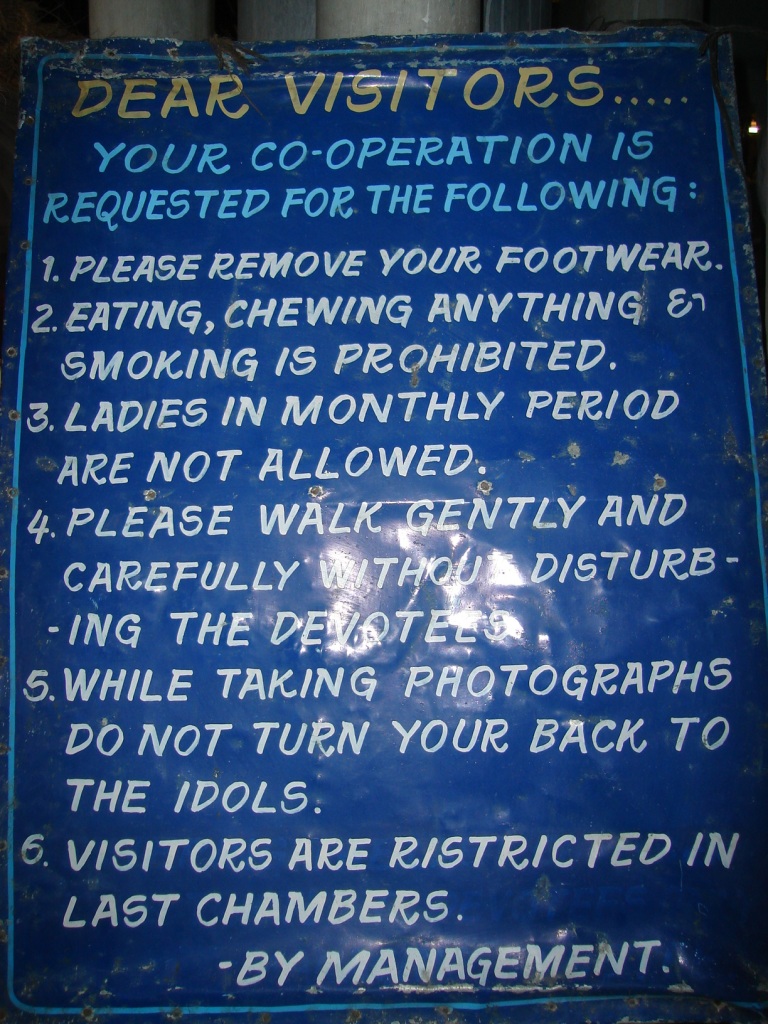 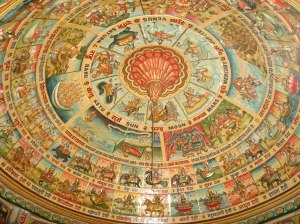 Need to do some laundry? If you have the nerves, try doing it the way the locals do and head over to Dhobi Ghats. Clothes are dropped off at laundry shops throughout the city and then brought to the “Bombay Laundry”, personally I’d be worried of losing my clothes, but it seems to work! Approximately 5000 men literally beat the dirt out of the clothes using open-air troughs. A good view to see all this in action is from the bridge across the railway tracks of Mahalaxmi Railway station.

Crawford Market – Wholesale market for vegetables, fruits, flowers, meat and fish!  More colours and spices you could dream of. A food lovers market of note but the meat section is not really for the faint hearted though – the smells can be a bit harsh. P.S. “trade secret”-  I hear this is where Grannie Banana does her banana shopping 🙂

Lonavala – Aaaah mysterious and secretive Lonavala! Hiding deep most thoughts in a shroud of mist and there is a secret around every corner. Known as the jewel of the Sahyadri Mountains, it is 106km southeast of Bombay at an altitude of 625m above sea level. Should you wish to see the famous, ancient Buddhist rock cut caves of Bhaja and Karla then Lonavala will also serve as your starting point.

It is best to come to Lonavala with a guide, else you will get very lost. During Monsoon season the mist is so thick you can barely see your hand, and before you know it you might just walk head first into a camel. There are waterfalls, grassy hills and an abundance of tranquility. The people are friendly and will want to pull you closer for a photo – they are not harmful, but it could get a little crowded. If you have the stomach to hold it (luckily I do) then there is nothing nicer than having a spicy fried onion dish made over a fire, atop these hills served with warm masala tea. Probably one of the cheapest meals we ate, and one that will always remain in my heart. For this I have Pawaan and Mr Singh to thank.

As with any trip anywhere you will want to do a bit of shopping! Head on over to Colaba Causeway, which is an everyday carnival of jewlery, crystals, brass items, antiques (or so they say), linen, fabric, clothes, incense, books and the list just goes on!

2.  Why is Marine Drive – the promenade which stretches from Walkeshwar to Nariman Point – one of
the most beautiful roads in Bombay and why is it called the Queen’s Necklace?

Mumbai /Bombay – which ever name you choose to use, is only one city in India, but she has captivated my heart.  Why not look past the assumptions you might first make and delve deeper into a city that has many hidden secrets she is willing to share, if you only give her a chance.

Many people working in diverse industries usually partake in business travel since it’s essential for them to interact with colleagues,...
END_OF_DOCUMENT_TOKEN_TO_BE_REPLACED

Weekend getaways should be the easiest of all to pack for, right? After all, you know where you're going, what you'll be doing, and wha...
END_OF_DOCUMENT_TOKEN_TO_BE_REPLACED

Our San Antonio bucket list was super easy to create. There are so many unique bucket list experiences that we keep going back for more...
END_OF_DOCUMENT_TOKEN_TO_BE_REPLACED

On a recent Royal Caribbean cruise, I encountered countless parallels between game development and travel activities and professions. F...
END_OF_DOCUMENT_TOKEN_TO_BE_REPLACED

Recently, Saudi Arabia restored direct flights to Thailand after 32 years. Do you know the history behind the cold relationship between...
END_OF_DOCUMENT_TOKEN_TO_BE_REPLACED

The Palm Beaches are perfect for family travel. Whether you're interested in the beach as a natural playground or exploring the more wi...
END_OF_DOCUMENT_TOKEN_TO_BE_REPLACED

Flower tourism comes alive during the spring and summer. With so many different kinds of wild flora, it’s difficult to decide where bes...
END_OF_DOCUMENT_TOKEN_TO_BE_REPLACED

It’s easier than ever to take amazing photos of your travels so you always have those memories. Your phone is a high-quality camera, so...
END_OF_DOCUMENT_TOKEN_TO_BE_REPLACED

Last year, Athena spent her birthday at home with us. We couldn't have friends over to celebrate and we could only get her things that ...
END_OF_DOCUMENT_TOKEN_TO_BE_REPLACED

What cities are on your travel bucket list for 2021? When we think of travel, we think of climbing hills to watch the sunrise, cocktail...
END_OF_DOCUMENT_TOKEN_TO_BE_REPLACED

Grandscape will be one of the largest and most unique mixed-use real estate developments in the country upon completion. Located in the...
END_OF_DOCUMENT_TOKEN_TO_BE_REPLACED

A digital nomad travels the world and works remotely. With the assistance of technology, nomads use the advancements and opportunities ...
END_OF_DOCUMENT_TOKEN_TO_BE_REPLACED

2 thoughts on “I Made it to India, Part Two”