On June 23rd, 10 of us with Team World Vision set out to conquer Kilimanjaro and change children’s lives. As I return from Kilimanjaro, I am keenly aware that, for many of us, Kilimanjaro conquered us and changed our lives forever. Here are some of the lessons I learned along the way. 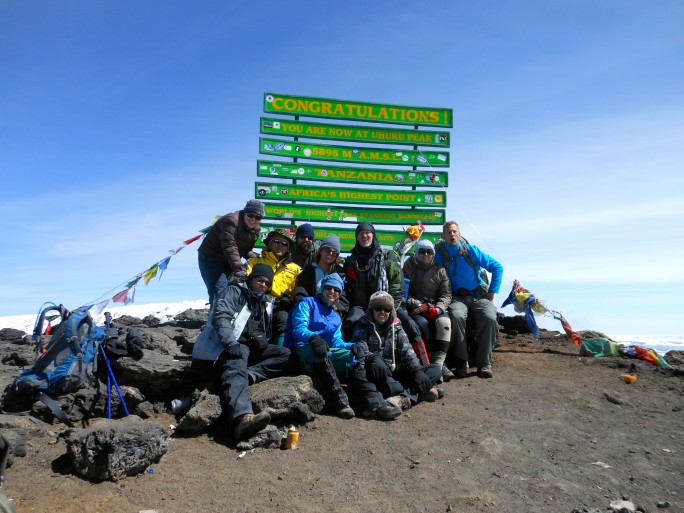 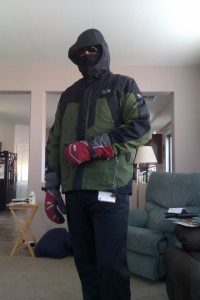 I was glad for my training and physical prep. And even though I over packed a little I was well prepared and glad I did. But it was the little things I learned to appreciate along the way. One of those things was my pee bottle. Yes my pee bottle. When you take Diamox (drug for acclimatization) you have a tendency to need to pee a lot. This is not fun 2 – 3 times in the middle of the night when it is cold out. So I rejoiced often in this. And even though others gave me a hard time about this, my tent mate was grateful when he found himself desperate one night. 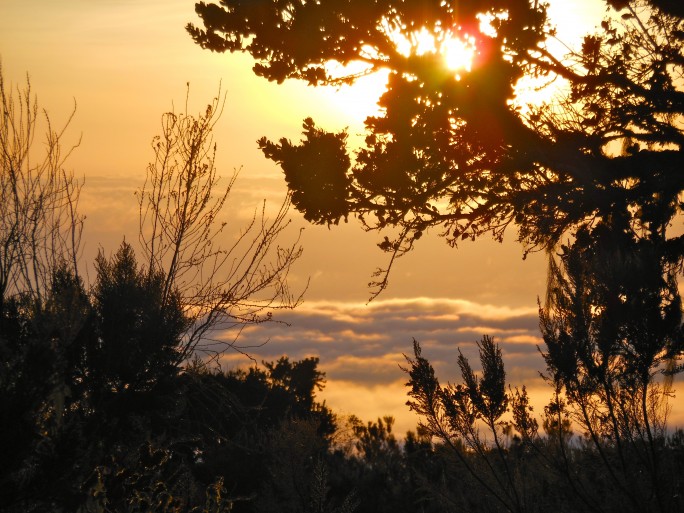 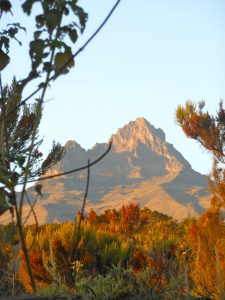 This phrase means slowly slowly. This became a valuable lesson for me in life. We from the west are all about getting there and getting there quickly. We say “hurry hurry”. What I discovered was that, not only can this bring failure in reaching the summit but it also causes you to miss the journey. As our guides would say “twin Danny” (let’s go) We would very slowly put one foot in front of the other and begin a turtles pace up the trail. It is at this pace that you are going slow enough to look around and appreciate the journey. So much of life is missed as we hurry along and in another similarity we are killing ourselves trying to arrive at the summits in life instead of simply enjoying the journey.

As we walked “pole pole” we were able to keep our 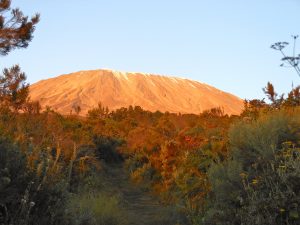 heads up and look out over the clouds and appreciate what God has created for our enjoyment and not stumble along the way. I arrived at each camp with energy and a sense of achievement and wonder.

One of the great lessons for me was found in a contrast on the summit. 10 of us set out to conquer this mountain 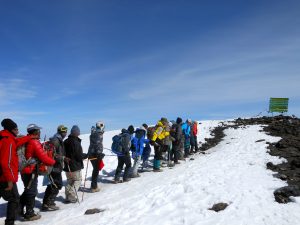 and 10 of us walked to the summit sign at Ahuru point, the highest point in Africa on the tallest free standing mountain in the world, together. We went as a team, we climbed as a team, we arrived at the summit as a team. However, we did not all succeed equally. I learned a great lesson as I came along side team mates who were puking along the trail. I was strong, 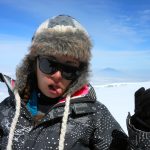 had only a slight head ache, and made it to the top in my strength… But true success for me was seen in those on our team who made it to the summit in spite of their weakness. We all summited together but I have great admiration for those who pressed through their weakness and did not allow them to determine the outcome. 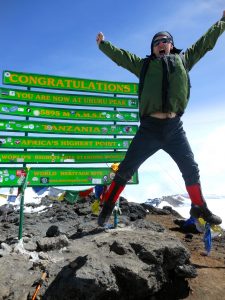 I have come to believe that the greatest success is success in weakness verses success in strength. It takes great strength of character to press through weakness.

I also discovered that no matter how strong you may think you are the mountain can strip you of your pride. It wasn’t the journey to the top that took my pride. In fact I was pretty proud that I had energy at the top. It wasn’t until all “accomplishments” had been met by standing at the sign that I found myself in a weird place. It was the descent that ate my lunch. It seemed to never end. As I headed down the mountain, I found myself hungry and fatigued. I longed for camp and even though I could see it it seemed to never get closer. I found myself with a tear in my eye, my pride left on the side of the mountain, and the reality that I was totally emotionally defeated. My mind was 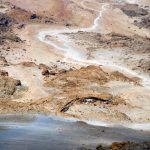 beginning to remind me that even after I arrived at Kibo camp my journey was not over but that we would only stop long enough to take in some nourishment, pack our gear and hike several more hours down to the next camp where we would spend the night. As I entered Kibo camp I realized I was getting sick. I would have to hike the remainder of the evening out with extreme exhaustion and a severe sinus head cold that has lasted for over a week now. This day turned into a 20+ hour day of hiking and I left my pride on the mountain and skipped dinner at camp and went to bed sick. I found myself successfully defeated. I summitted the mountain but the journey is a round trip not one way. Success is only half accomplished at the summit. 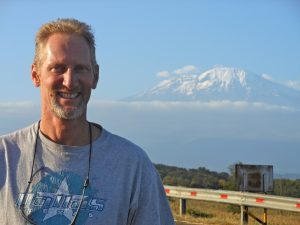 Now as I sit at home and look through pictures of Kilimanjaro, I am quickly reminded of thrill of accomplishment and much of the difficulty is forgotten. Yes there were times of difficulty and even suffering. But as I look through the pics and the journey I was privileged to be a part of those times were worth it and an important part of the success of this journey in my life. I am grateful for the difficulty for in it the beauty is magnified. 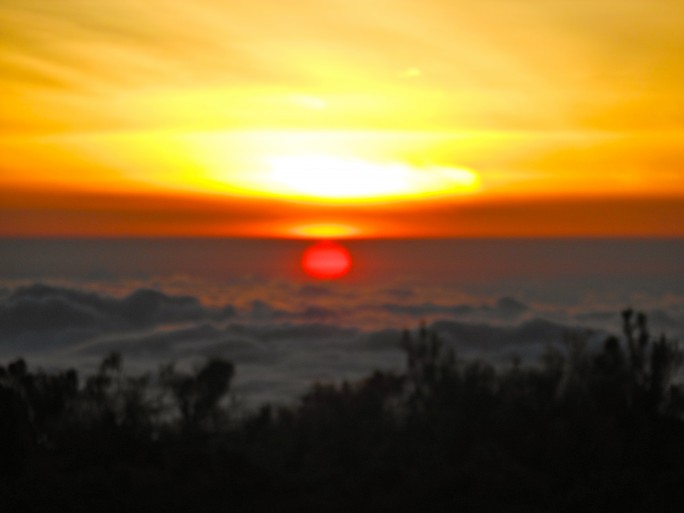 Weekend getaways should be the easiest of all to pack for, right? After all, you know where you're going, what you'll be doing, and wha...
END_OF_DOCUMENT_TOKEN_TO_BE_REPLACED

Our San Antonio bucket list was super easy to create. There are so many unique bucket list experiences that we keep going back for more...
END_OF_DOCUMENT_TOKEN_TO_BE_REPLACED

On a recent Royal Caribbean cruise, I encountered countless parallels between game development and travel activities and professions. F...
END_OF_DOCUMENT_TOKEN_TO_BE_REPLACED

Recently, Saudi Arabia restored direct flights to Thailand after 32 years. Do you know the history behind the cold relationship between...
END_OF_DOCUMENT_TOKEN_TO_BE_REPLACED

The Palm Beaches are perfect for family travel. Whether you're interested in the beach as a natural playground or exploring the more wi...
END_OF_DOCUMENT_TOKEN_TO_BE_REPLACED

Flower tourism comes alive during the spring and summer. With so many different kinds of wild flora, it’s difficult to decide where bes...
END_OF_DOCUMENT_TOKEN_TO_BE_REPLACED

It’s easier than ever to take amazing photos of your travels so you always have those memories. Your phone is a high-quality camera, so...
END_OF_DOCUMENT_TOKEN_TO_BE_REPLACED

Last year, Athena spent her birthday at home with us. We couldn't have friends over to celebrate and we could only get her things that ...
END_OF_DOCUMENT_TOKEN_TO_BE_REPLACED

What cities are on your travel bucket list for 2021? When we think of travel, we think of climbing hills to watch the sunrise, cocktail...
END_OF_DOCUMENT_TOKEN_TO_BE_REPLACED

Grandscape will be one of the largest and most unique mixed-use real estate developments in the country upon completion. Located in the...
END_OF_DOCUMENT_TOKEN_TO_BE_REPLACED

A digital nomad travels the world and works remotely. With the assistance of technology, nomads use the advancements and opportunities ...
END_OF_DOCUMENT_TOKEN_TO_BE_REPLACED