Baby Moon Gives us One Less Thing to Worry About

Athena is the perfect child! She is generally so happy that she smiles constantly throughout the day. Even while drinking her bottle, 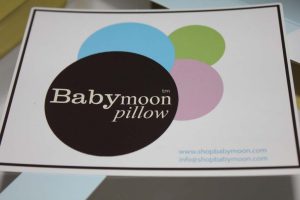 she often has a grin on her face. She has recently learned to laugh and I’m in stitches every time that heavenly sound leaves her mouth. At four months old, she’s sleeping through the night and she goes down for a nap on her own with very little fuss. Often I worry if she sleeps too much, which is my only concern. The last time I visited the pediatrician, he mentioned “flat head syndrome” and I’ve worried excessively since his suggestion. Flat head syndrome occurs when one or more joints between the bones of the skull close up too early and the baby’s head becomes deformed. It sounds serious, right? Well it is, but I’ve found a solution. The Baby Moon Pillow acts as neck and head support to alleviate  “flat head syndrome”. It’s the answer to our worries!

The pediatrician noticed that Athena’s head was becoming flat and the overwhelming concern crawled around in my brain like a parasite. He said that her head was not severely falt yet, but it could get worse, with the potential of developing “positional plagiocephaly,” also known as “flat head syndrome.” Athena’s pediatrician suggested we try repositional therapy, but Athena disliked tummy-time and continued to lie with her head to one side.

While I was flying back to Canada to visit family, the man seated next to me on the plane started talking about his daughter and the worries he had with flat head syndrome. He then mentioned Baby Moon and said it was exactly what she needed. I ordered one for Athena as soon as I had internet access. 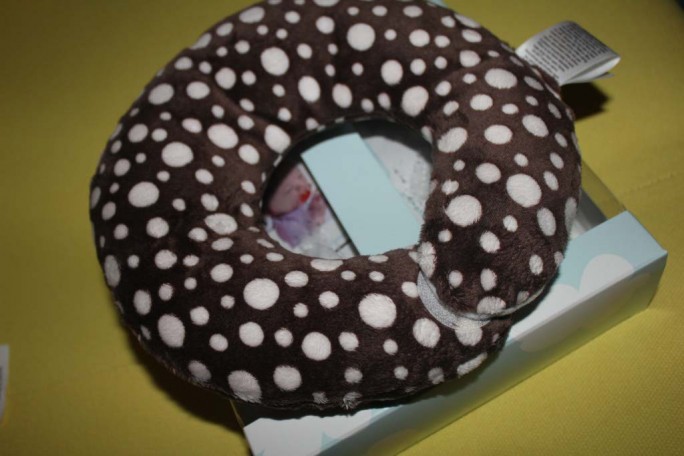 The pillow is a life safer. It’s so versatile! It fits perfectly in her swing and the car seat. It’s soft and cozy, while providing the support she desperately needed. Most importantly, it centers her head while she sleeps. Before we had the pillow, she would always lay with her head turned to the right. We would stay up hours on end re-positioning her head and worrying about her condition getting worse. It was a nightmare. I’d turn her head and within minutes, it would be turned back again. I’d turn it again and she’d wake up. This process followed us throughout the night and no one was sleeping. Now, her head fits perfectly in the donut shape and she can’t turn to the right. 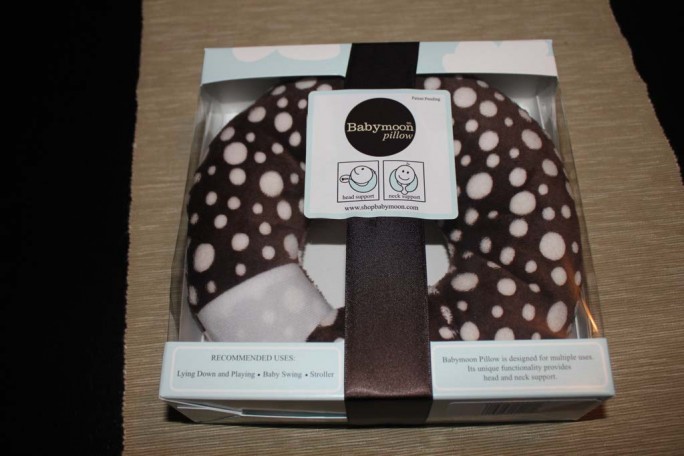 Athena continues to be the perfect child; sleeping through the night, smiles constantly, enjoying life, and beginning the solid food process. I think having a child inevitably means worrying about them for the rest of their lives or at least the rest of yours, but Baby Moon gave me one less thing to worry about.
Tags:
Baby Moon Pillow, baby products, Bucket List, Bucket List Publications, product review
Newer Joovy for My Bundle of Joy and Yours (Joovy Giveaway Included)
Back to list
Older Mercy In Ethiopia

Our San Antonio bucket list was super easy to create. There are so many unique bucket list experiences that we keep going back for more...
END_OF_DOCUMENT_TOKEN_TO_BE_REPLACED

Last year, Athena spent her birthday at home with us. We couldn't have friends over to celebrate and we could only get her things that ...
END_OF_DOCUMENT_TOKEN_TO_BE_REPLACED

What cities are on your travel bucket list for 2021? When we think of travel, we think of climbing hills to watch the sunrise, cocktail...
END_OF_DOCUMENT_TOKEN_TO_BE_REPLACED

Grandscape will be one of the largest and most unique mixed-use real estate developments in the country upon completion. Located in the...
END_OF_DOCUMENT_TOKEN_TO_BE_REPLACED

I've driven every type of vehicle that I can. I have experience with stock cars, Formula One, super cars, and Indy cars. I've driven mo...
END_OF_DOCUMENT_TOKEN_TO_BE_REPLACED

Traveling to Colombia soon? Excellent choice. You’ll not regret this one. But let me give you a little sneak peek of what Colombia is a...
END_OF_DOCUMENT_TOKEN_TO_BE_REPLACED

Fun, mysterious, and extremely beautiful, Cuba is a country that should be on the bucket list of every global traveler. The small islan...
END_OF_DOCUMENT_TOKEN_TO_BE_REPLACED

The State Fair of Texas is held each fall at Dallas Fair Park. The Fair has taken place every year since 1886 and it usually begins the...
END_OF_DOCUMENT_TOKEN_TO_BE_REPLACED

There are so many activities to choose from for your Mont Tremblant summer bucket list that we came up with an entire list dedicated sp...
END_OF_DOCUMENT_TOKEN_TO_BE_REPLACED

From unique tree-top suites with butlers, to private Marrakech villas, these luxury getaways stand apart for their extraordinary attrib...
END_OF_DOCUMENT_TOKEN_TO_BE_REPLACED

There are few things in the world better than getting the chance to travel. That love of travel lets you explore new places, meet new p...
END_OF_DOCUMENT_TOKEN_TO_BE_REPLACED