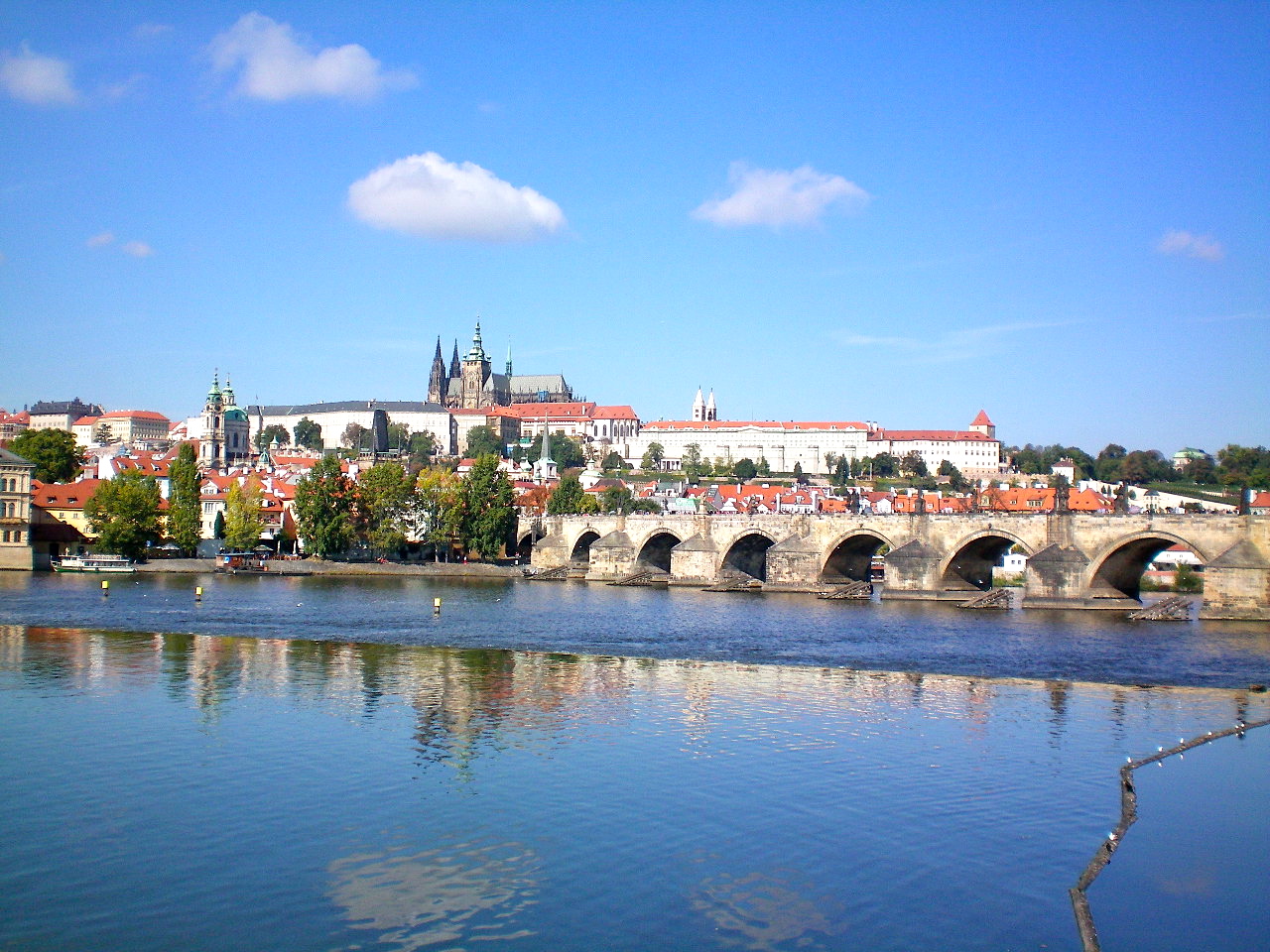 Upon arrival into Prague International Airport, I could have been forgiven for somehow believing that Wizjet had actually teleported me straight to the US or some other Western country during my short 1.5 hour flight, as I made my way to the other terminal to meet Phil I was blindsided by franchise fast food and coffee shops at every turn.

Prague certainly lived up to its reputation for being one of the world’s most beautiful cities. The Old Town Square, Prague Castle, Jewish Quarter, Charles Bridge, Vltava River and the abundance of gothic and baroque architecture guarantee a captivating panoramic far and wide. After an enduring trudge uphill to our hostel, we were parched and famished and more than ready to sample some of the world renowned Czech beer. Hence what followed what would be just one of many pints consumed over the next week.

The Czech Republic has been occupied and dominated by its neighbouring countries for much of the past four centuries, its hard to believe the transformation in just a short 23 years since the Velvet Revolution and the fall of Communism, although it seems that Prague is now reigned by tourism and commercialism, overrun by tourists and ubiquitous US fast food outlets. It was clear that the world of  European culinary delights would feature heavily on our agenda, we devoured goulash, dumplings, ham, cabbage and pitchers of Czech beer in between visiting the Medieval Torture Museum and embarking on two walking tours of the city; partly to walk off the food!

Prague is a wonderful city with so much history and antiquity…but what it clearly didn’t have was enough beer. Come Monday we headed South to the home of Budweiser Budvar, a town in the Bohemian province called Ceske Budejovice with the soul purpose of touring the brewery and quality testing their range of fermented beverages, directly from the tank! With not much else on offer in town we settled in at the Budvarka Beerhouse and enjoyed the best Goulash and Dumplings of our Bohemian layover and of course a few more beers.

Further South was our next stop, in a village evocative of fairytale imagery, complete with medieval palace; the bewitching Cesky Krumlov. We spent hours just walking around the palace and the spectacular gardens, appreciating the vibrant colours of autumn in their full splendour before stopping off at yet another brewery, this time Eggenberg Brewery. I had been told their dark lager was one of the best and I was keen to put it to the test and I’m pleased to report it didn’t disappoint. This quaint little village also brought the best meal I can remember in a long time and it consisted primarily of gruel and mead! ‘U dwau Maryí’ which translates to ‘At two maries’ is a restaurant inspired by old czech cuisine and named after the discovery of two wall painting of the Virgin Mary, one of which dates back to 1714. I devoured the Old Bohemian Vegetarian Feast consisting of puffed barley, buckwheat, millet, potato cake, dumpling, potato and salad while downing hot cinnamon mead and Phil of course ravaged some carnivorous banquet.

It must have been about a week into our trip that I managed to get Phil to throw away the apple he’d been carrying around (just in case he got hungry) and apparently had at home for a week before that, that apple must of been picked about 10 months ago! It was clear after our meal of the night before, we were not going to go hungry, but we were in fact, going to Hungary! A shuttle swept us through the rolling green hills of South Czech Republic, dotted with dainty summer cottages and towering forests and delivered us promptly to Linz, Austria, where we boarded our high speed train bound for the Hungarian capital of Budapest.

Phil and I in Prague

Views from the Prague Castle

Walking up the paved ramp towards Szabadsag Bridge people sat on the long stretch of benches facing the Danube enjoying the warm autumn sunshine, it looked so alluring that I couldn’t help to join them. The Liberty Statue stood staunch in her hilltop position high above the city and the gothic spires and abundance of art nouveau domes gleamed as I savoured my last afternoon in the beautiful city of Budapest. Much like its Czech neighbour Hungary has endured centuries of oppression but is now a flourishing and magnificent historical nation. Budapest boasts grand architecture, exceptional (and cheap) wine and a distinctly satisfying lack of tourists.

Phil and I spent only a short couple of days here together before he had to head back to the sandpit but I have been fortunate enough to enjoy a few more. We did of course pack in as much as possible into those two days; a walking tour of the city taking in Castle Hill, the Fisherman’s Bastion and a soak in one of Budapest’s famous thermal baths. Of course there was also the drinking, as Phil so rightly described it – we only drank when we were sober! We partook in the festivities of the annual Pálinka and Sausage Festival, sampling various varieties of Hungary’s national drink; a strong (37-86%) fruit inspired brandy. One other evening we had made ourselves comfortable in one of the popular Ruin Bars, an eclectic drinkery characterised by mismatched furniture, swinging gnomes and subdued lighting, when we were approached my a young Hungarian woman laden with a basket of large crisp carrots who proceeded to enquire in perfect English as to whether we would like to purchase one….  the strangest thing I have ever seen being sold in a bar!

On our last evening together we went out for a quite drink, which of course ended up anything but. We found a fantastic Wine Bar and proceeded to appreciate the myriad of Hungarian wines on offer, finishing the night with dessert wine and nightcap of Absinthe… needless to say we slept pretty solidly that night!

Views of Pest from Buda

Budapest is famous for cafes with beautiful painted ceilings

Views from the palace of Cesky Krumlov

Just one piece from the Medieval Torture Museum

The Palace of Visegrad