In the morning we said adios to El Tunco and made our way to Suchitoto.  I took a short walk to the ocean to take in the morning surf’s trance inducing rhythm.  I needed a solid dosage of waves disintegrating onto the sand below my feet before parting ways once again.

It’s amazing how much the ocean is missed when it’s not there.  The beach is one of the few tangible places on earth where two very different worlds both begin and end.  About half of the world’s population live within this interchange between water and land.  But we chose to play ball on the other half’s team and headed for the hills of Suchitoto, El Salvador. 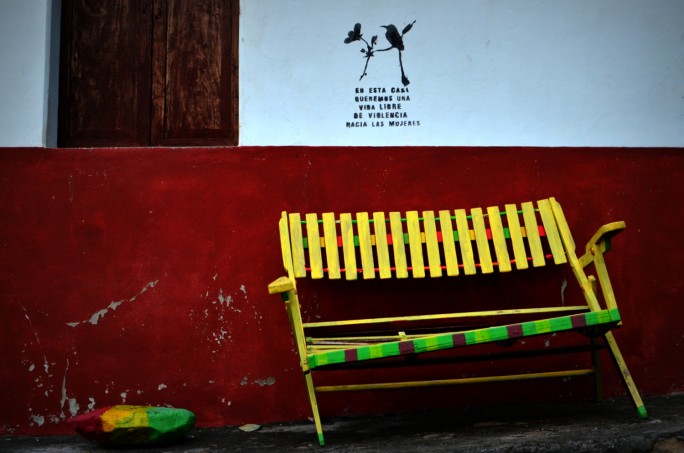 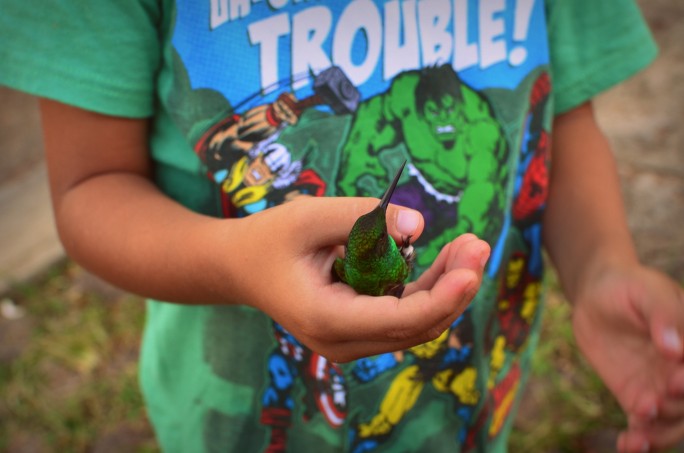 boy and his pet hummingbird

In our minds, Suchitoto was going to be a mystical mountain town high up in El Salvador. It would provide the solace we were seeking.  In only 4 days we had already been on 14 buses and felt just like the worn beasts themselves.

Suchitoto is a tiny little village perched far away from the notoriously dangerous and seedy San Salvador and also right next to El Salvador’s largest body of water, Lago Suchitlan.

The lake’s grandiose size is due to a concrete gravity dam that doubles as a hydroelectricity plant. This results in the massive reservoir coined Embaise Cerron Grande.

Suchitoto promised dramatic views of the lake and hinted at a slower pace of life, which sounded like just the balance needed to tare out all the frantic bus routes that were taking their toll on our well traveled souls. 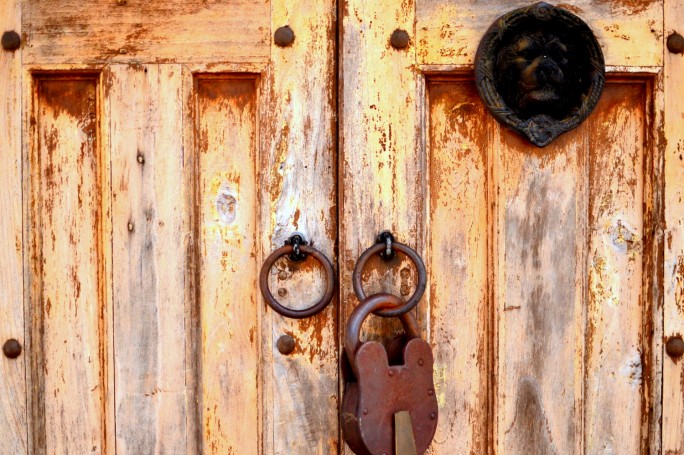 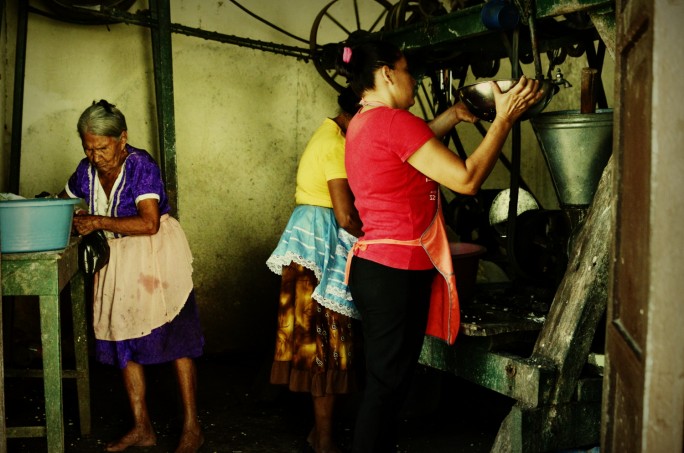 After the dust in the hot Suchitoto air settled around the metal dinosaur we rode in on, our feet instantly molded to shape of the cobbles below them.

A quick trot around the sluggishly peaceful town with our bulging packs in tow guaranteed a shower in our near future. We eventually stumbled upon a gorgeous  hostel with a superb view of the lake from the 2nd floor terrace right outside of our door.  The universe was smiling on us once again. 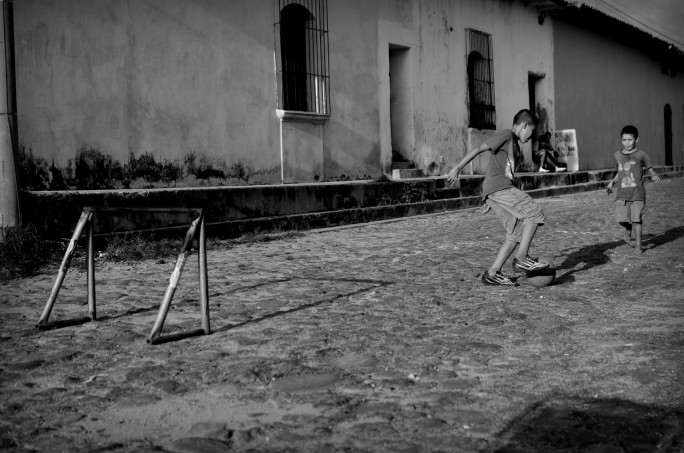 Suchitoto quickly graced us that friendly Salvadoran hospitality we knew was hidden up in those hills through big smiles, gentle demeanors, and a warm sense of welcoming that fosters an instant calming effect.

Our hostel owners couldn’t have been sweeter as they eased us into our room.  A decent kitchen made for a quick decision to get cooking options.

Initial exploration (minus backpacks) revealed expected quiet streets, colonial homes, and silent parks.  We had arrived too late to root through the produce during the morning market routine,  but luckily found a vendor that would still give us some essentials.

On the walk back we noticed that a majority of the houses around town had a small, stenciled hummingbird with a message stating “En este casa nos queremos una vida libre de la violencia hacia las mujeres“.  The movement publicly confronting violence against women was refreshing to see in a Latin American country, considering the machismo part of the culture that exists. 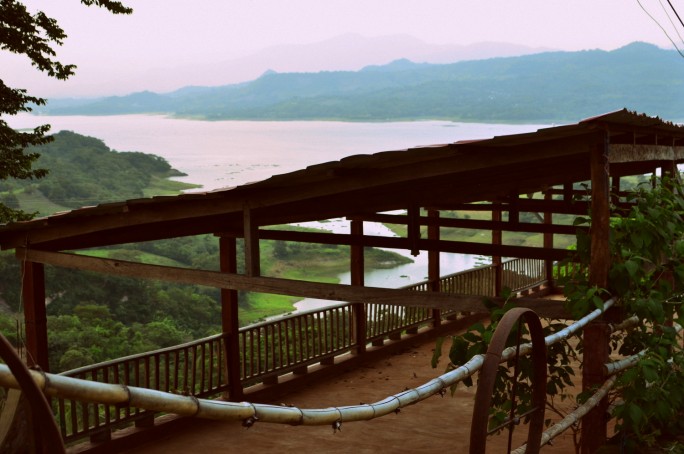 view of the lake

We spent the evening strolling around the petite town square where vendors had set up small stands selling tie-dyed shirts and various crafts, fried potatoes, yuca chips, and muchas papusas.

We stumbled across a small community run mill that would mash corn into the pulp that becomes a papusa.  The women buying time at the machine let us snap a few photos of them while they prepared their different mixes.

We settled on eating a few papusas, chips with hot sauce, followed by a Mexican torta out in the street.  Whenever possible we seem to relish street food over restaurant fare.  It always feels like a more authentic experience and tends to be the same quality food as most developing country restaurants anyway. 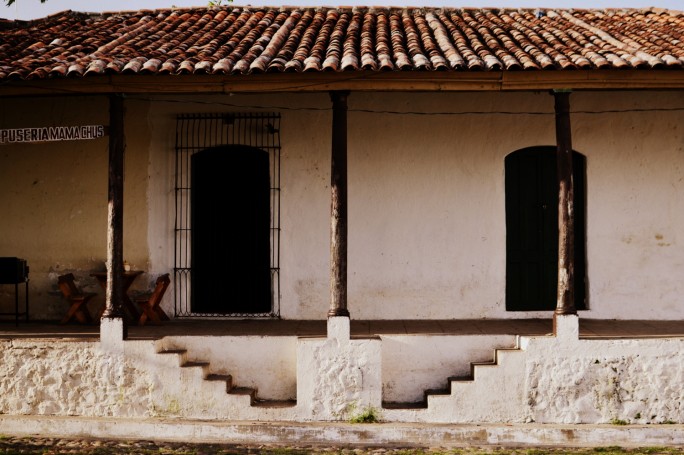 colonial building in the plaza

The next morning, we wanted to see the rock waterfalls on the fringe of town called Los Tercios. The experience of vising the falls was actually one of the deciding factors for our presence in this area to begin with.

We were privy to some information that would promise a very unique experience, that being a free tour via the local police department.

We parked ourselves in the police station while armed forces of the El Salvador army and police department walked around, chit chatting with massive automatic weapons hanging off their shoulders.  It appeared that nobody was keen on taking us and the responsibility kept getting passed on down the ranks until somebody finally agreed to take us, about 30 minutes later. We piled into a small police truck and drove about 15 minutes out of town to a small opening in the fence.

One officer led us down a path to the waterfall and gave us a brief history of the waterfalls, complete with recent earthquakes and the effect they had on the appearance of the rocks.  The falls were comprised of hundreds of hexagonal columns that swept from the ground into the sky.  The last big earthquake toppled over a large section perpendicular to the falls that resulted a top-down view of the columns. Needless to say my attention was captured.

The officer then led us to a vista of the lake before we road back to town.  Every eye was on us as we drove by, two gringos in the back of a police truck passing by their front doors.

We bought our guides some jugos upon arrival back into town as a small thanks for their time.  I highly recommend this unique experience if you ever travel to this tiny town. 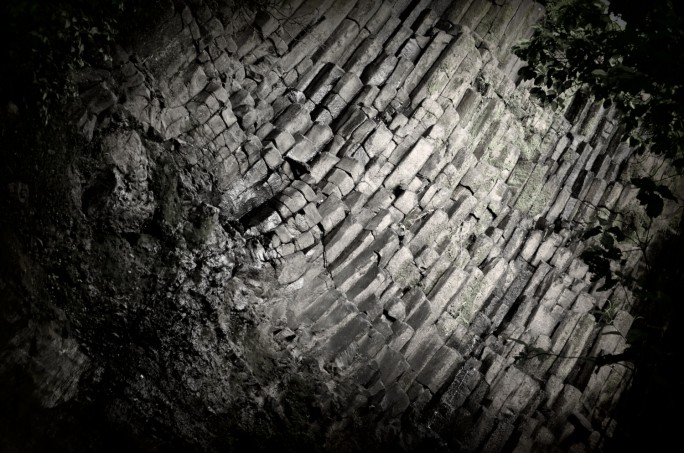 After our tour we were on the road, beach bound once again.  The southern stretch of the coast is less developed and less visited by tourism so we naturally headed there.

I noticed on the map that road back to San Salvador intersected with the road we were needed to take, thus eliminating the need to go back into the city to transfer.

We were dropped off in the middle of a highway, in the absolute middle of nowhere with the hope that we would flag down a bus.

Needless, but worthwhile to say anyway, all eyes were now on us as we waited on the side of the road with hope and desperation on our faces.

I remember thinking, “Please bus, show your big, square hulking body and black billowy diesel fumes once again”.  Within minutes a large, green bus was careening our way and we were en route once again. 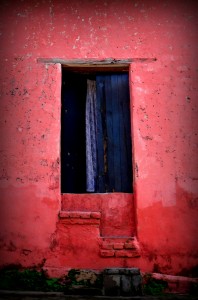 For more stories and experiences in Central America, like Suchitoto El Salvador, check out Spiders, Scorpians, and Snakes, Oh My!, Volcano Boarding in Nicaragua, and Hummingbirds by the Thousands at Monteverde, Costa Rica.

Many people working in diverse industries usually partake in business travel since it’s essential for them to interact with colleagues,...
END_OF_DOCUMENT_TOKEN_TO_BE_REPLACED

Weekend getaways should be the easiest of all to pack for, right? After all, you know where you're going, what you'll be doing, and wha...
END_OF_DOCUMENT_TOKEN_TO_BE_REPLACED

Our San Antonio bucket list was super easy to create. There are so many unique bucket list experiences that we keep going back for more...
END_OF_DOCUMENT_TOKEN_TO_BE_REPLACED

On a recent Royal Caribbean cruise, I encountered countless parallels between game development and travel activities and professions. F...
END_OF_DOCUMENT_TOKEN_TO_BE_REPLACED

Recently, Saudi Arabia restored direct flights to Thailand after 32 years. Do you know the history behind the cold relationship between...
END_OF_DOCUMENT_TOKEN_TO_BE_REPLACED

The Palm Beaches are perfect for family travel. Whether you're interested in the beach as a natural playground or exploring the more wi...
END_OF_DOCUMENT_TOKEN_TO_BE_REPLACED

Flower tourism comes alive during the spring and summer. With so many different kinds of wild flora, it’s difficult to decide where bes...
END_OF_DOCUMENT_TOKEN_TO_BE_REPLACED

It’s easier than ever to take amazing photos of your travels so you always have those memories. Your phone is a high-quality camera, so...
END_OF_DOCUMENT_TOKEN_TO_BE_REPLACED

Last year, Athena spent her birthday at home with us. We couldn't have friends over to celebrate and we could only get her things that ...
END_OF_DOCUMENT_TOKEN_TO_BE_REPLACED

What cities are on your travel bucket list for 2021? When we think of travel, we think of climbing hills to watch the sunrise, cocktail...
END_OF_DOCUMENT_TOKEN_TO_BE_REPLACED

Grandscape will be one of the largest and most unique mixed-use real estate developments in the country upon completion. Located in the...
END_OF_DOCUMENT_TOKEN_TO_BE_REPLACED

A digital nomad travels the world and works remotely. With the assistance of technology, nomads use the advancements and opportunities ...
END_OF_DOCUMENT_TOKEN_TO_BE_REPLACED