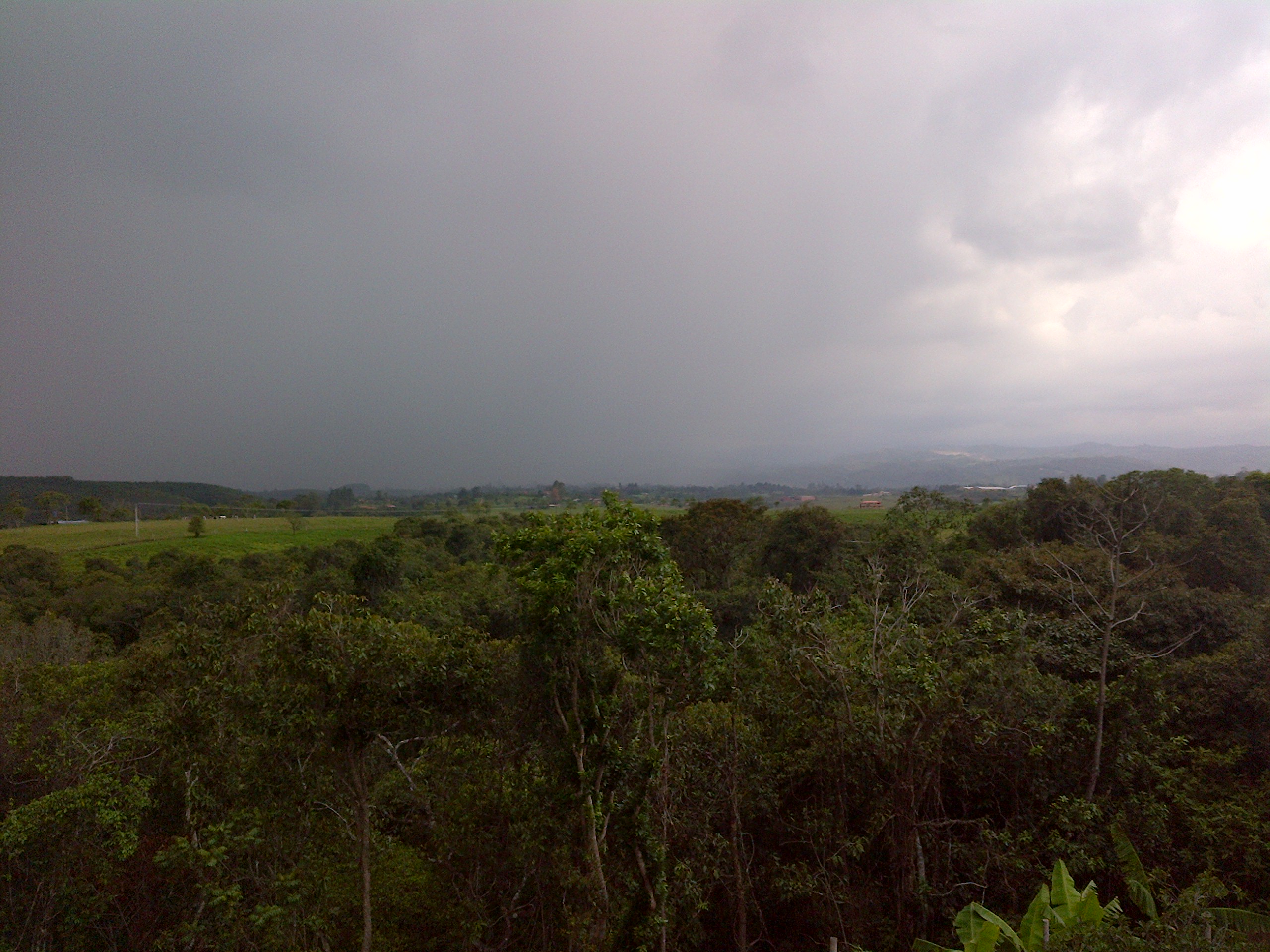 After 10 hours in the air, the Miami coastline was finally in sight. Skyscrapers towered over the white beaches and from the sky it seemed to be everything you would expect when you think of Miami. An impressive blue sea pushing onto bright white sands and opulent looking skyscrapers – even from an aeroplane window it looked glamorous. With just an hour to make my connecting flight to Santiago de Cali I ran to customs thinking I had beaten the crowd.  I had not. The queue was huge and customs officials are either really slow or tourists are idiots – actually it was probably a mixture of both. Miami airport is huge and getting from security to Terminal D took me over 20 minutes. When I finally reached my departure gate the guy at the desk hurriedly shuffled me onto the plane. It turns out I had missed the last boarding call and the plane was waiting patiently. Flying over South America, the night sky was illuminated by frequent flashes of light. I had never seen lightening like this before.  However, this is something I’ll have to get used to – even as I type there are forks of lightening tearing the sky apart with deafening rumbles of thunder.

When I finally arrived in Cali, it was around 8pm (UTC) and getting through customs was a bit of a struggle, simply because I cannot speak Spanish and apparently Colombians do not speak a word of English. After an extremely confusing exchange where the customs official looked around for help multiple times, he thankfully shrugged his shoulders and stamped my passport with a 90 day visa and sent me on my way.

It was hot and humid in Cali and the drive from the airport was a completely surreal experience. Cars, buses and motorcyclists were all struggling to get past each other and changing lanes unexpectedly without signalling. The cacophony of beeping horns complimented this chaotic experience.

Cali is an extremely busy bustling city. It’s the third largest city in Colombia with a population of around 2.5 million (twice the population of Glasgow). Although it wasn’t a very elegant city, it was a lot more developed than I had envisaged and to be honest it didn’t look much worse than some Mediterranean holiday destinations in Europe.

The next day we hit the Pan-American Highway towards Popayan. The 29,800 mile road goes all the way from Alaska to Argentina. It took us past miles of sugar cane plantations and up through the Andes.

When we arrived in Popayan, it was a very hot afternoon. The city itself looks quite rundown on the outskirts but this seems to be normal by Colombian standards (I don’t mean this negatively). Houses made partly of wood and other materials thrown resourcefully together are a regular sight throughout. The heart of Popayan – its historic centre, is certainly the most beautiful part of the city. The sunlight seems to bounce off the bright white buildings and flood the streets with sunlight. Like Cali, the streets in Popayan are very crammed. It seems this organised chaos is common throughout Colombia. People bursting off the pavements and sprinting in front of cars are things I need to get used to…that and the odd thunderstorm.