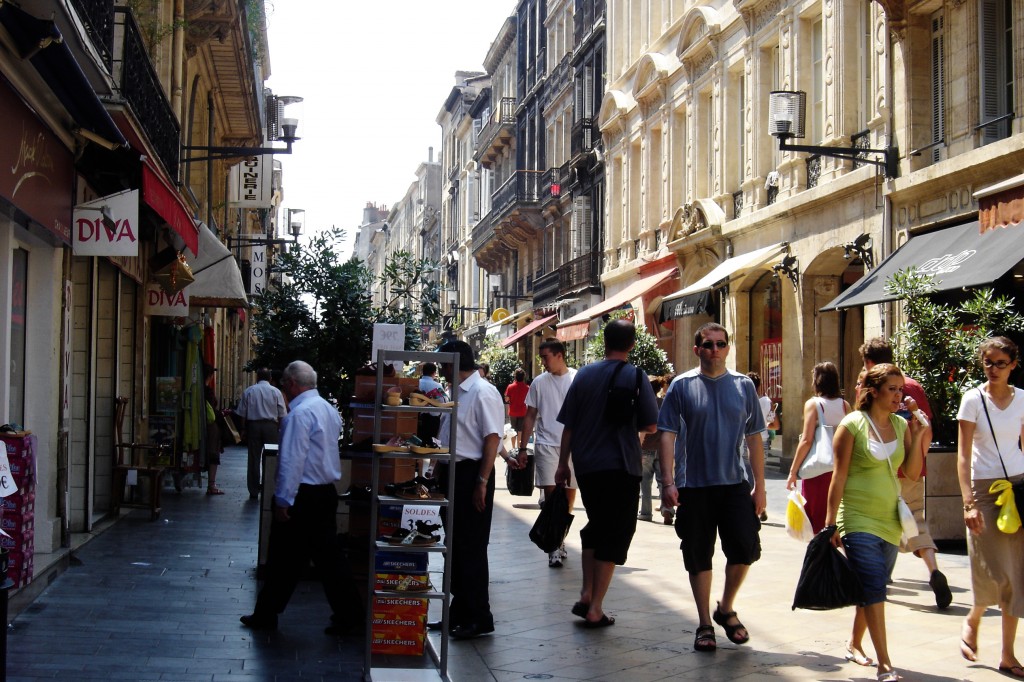 In life, there are a few key moments that prove to be crucial in forming you as a person. A trip to France in the summer of 2006, was one of mine. I was still slowly emerging from a deep depression that even lead me to require homeschooling for my last year of high school. After graduating in June 2004, I had managed to get a summer job, quit my medication and start CEGEP(college). I was finally doing good and starting to build self-confidence. By early 2006, I felt ready to fulfill one of my life-long dreams: traveling to Europe.

Since I’d never been abroad, I researched the option of participating in an international volunteering program (like Katimavik or Habitat for Humanity). Many of these seemed great, but costly, requiring me to save money for two years before I could envision partaking in them. That’s why I was so pumped when I learned about volunteer workcamps and Chantiers Jeunesse.

Since 1980, Chantiers Jeunesse has been sending young people from the province of Quebec (Canada) to join short and long-term workcamps in 30 countries around the world. All this for a small fee (costs depend on length and destination but I paid less than 400$).

I hear you asking, what are workcamps?

Workcamps as we know them today started in Europe after World War I. The idea was to bring people from different countries, religions and cultures together to work as a group in order to rebuild areas that had been destroyed by bombings and attacks.

Nowadays, the main goal is to keep on breaking cultural barriers by learning to live and work together. Workcamps are held in hundreds of countries around the world, and can take place in many different environments, from slums to castles. They usually regroup a dozen to twenty young adults, between the ages of 16 and 30 (though some programs let people of all ages participate).

Chantiers Jeunesse is the organisation that makes this type of experience available to Quebecers. Others can visit the Alliance network website or Volunteers for peace to find which program they can contact in their country.

Let me tell you a little bit about my experience:

I could say it started when I sent out my inscription form, but in reality, things truly got real when I received my acceptance letter, officially confirming that I was going to take part in a workcamp in France.

The next few months were kept busy by the many steps it takes to arrange such a trip: heading to preparation meetings in Montreal, choosing my project, buying my plane ticket and learning more about the region that I had picked: Gironde (the Bordeaux area).

Finally, the date of my departure arrived. I left Montreal for Paris, embarking alone on my first flight ever. The journey was rough, and my first day in France was terrible (I’ve recounted it in another article here). I was struck with terrible jet-lag and overcome with emotions about being so far away from my family for the first time.

The whole deal was quite a challenge for the nervous young girl I was but things quickly got much, much better. By the time I was supposed to join my workcamp group, one week later, I wasn’t sure I really wanted to go! I’d loved traveling alone and doing my own thing while visiting the beautiful cities of Paris and Bordeaux. I pulled myself together and dragged my heavy bags to the Bordeaux train station to meet the people with whom I was about to share the next three weeks. Three weeks is a short period when set on the full timeline of lifespan, but I must say that these where up there in the most important ones of my life so far. At first, I was shy and found it hard to break out of my shell. I’m pretty sure I cried, regretting my decision to take part in this program. Those feelings didn’t last for long and by the workcamp ended, I didn’t want to leave and neither did any of my 14 new friends.

We were working on restoring an old abandoned barn. It was fun but quite intense, physically speaking. The 40 degree celcius (100 degree fahrenheit) weather didn’t help much. We could only work from 7AM to noon, most days. Afternoons were spent napping, chatting and discovering our small town (Montussan). On weekends, we partied, went to concerts, met other workcamp groups and visited the surrounding region (Bordeaux, Arcachon, Dune du Pyla, Saint-Émilion vineyards, Grand Crohot beach). Pulling out a huge beam of wood. It took 15 people to get it out! One of the buildings, before we started the cleaning process. Our group was very eclectic: 3 South-Koreans, 3 Turks, 2 Slovakians, 3 French, 1 Spanish, 1 Congolese, 1 Italian, 1 Lithuanian and me, the shy Canadian girl. Our dynamic as a group was affected by the cultural differences and clashing personalities and it did cause frictions at times, but things would quickly fall into place. For example, we initially had a bit of trouble organizing meals, cleaning schedules and how we would share the work at the barn, but we made it work. Even the language barriers, due to a poor grasp of the English language by some participants, created more laughs than frustrations. In terms of the living situation, we were lucky. Most people that participate in workcamps have small dorms or share houses with one or two bathrooms for 15 people. We lived in the town’s gymnasium so we had a dozen toilets and showers, along with a good sized kitchen and plenty of living space. We slept on gym mattresses that were fairly uncomfortable but it was a small price to pay for such a great experience. In the end, I don’t think the city of Montussan actually did anything with the barn. They just enjoyed hosting workcamps because they know how great it is for the people that participate and it’s also fun for the small community to meet new people from all over the world.

I can’t possibly come close to expressing how important this 3 week adventure has been so far in my life. I believe that even when I’m old and I look back on the past, I’ll still see this decision to take part in a workcamp as one of the best ones in my life. I highly recommend it to everyone. If you are young and looking for new experiences, or if you know such people that would enjoy this type of experience, encourage them by all means to go ahead and  do it. I’m not going to sugarcoat it, it wasn’t always easy and some days I was confronted with things that were hard for me but it was all worth it. I changed a lot during those few weeks. I grew up, came out of my shell and never recoiled back to the scared, anxious person I used to be.

Since taking part in the work-camp, I’ve moved to a big city (Montreal), studied in university, traveled alone in Europe, lived in France for one semester and visited Japan among many other achievements. I couldn’t ever have dreamed of this as a young 17 year old that barely managed to get out of the house without having a panic attack. This goes to show that everything is possible. We all have strength in us, we just have to find it. For me, participating in the workcamp was the catalyst. Me, feeling happy and emancipated!