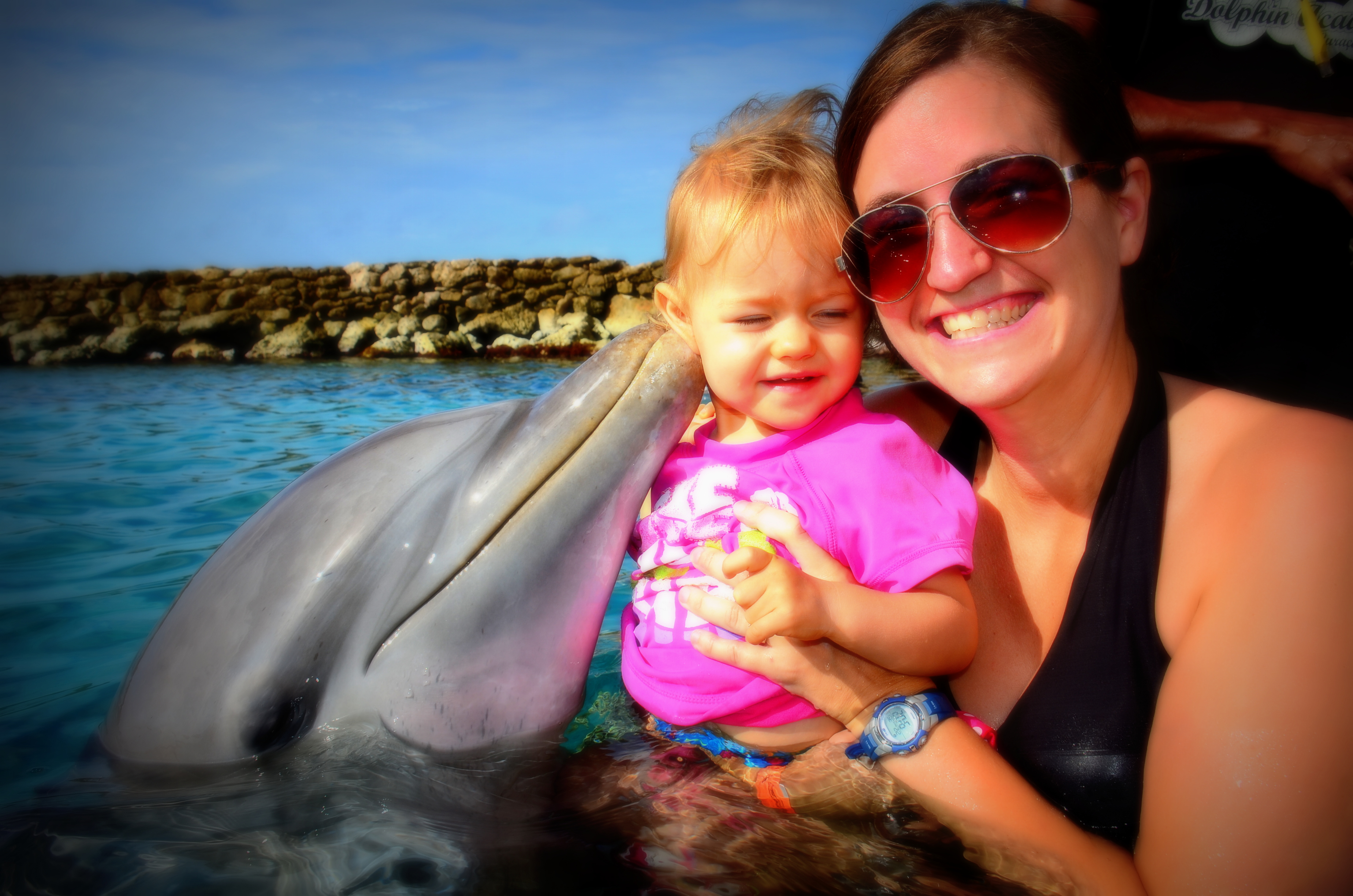 Would you believe me if I told you that I found a place to quench my adventurous side yet it’s so family-friendly that even Athena, at 15 months old, can participate? At the Dolphin Academy Curacao, the Dolphin Encounter is accessible for all ages. Today, we were both able to touch, hug, and kiss a dolphin while learning all about them. Rather than claiming to be family-friendly but then having high age restrictions, the Dolphin Academy in Curacao is an actual adventure for the entire family.

We stood in waist deep water as the dolphin interacted with us for almost an hour. Athena attentively watched the trainer touch the dolphin and explain the best ways to interact with our new friend.

At first, she was hesitant; she held me tightly and turned her face toward my body each time the dolphin approached, but after watching me rub, touch, and even kiss the dolphin, she started to relax. While I was petting the dolphin, I noticed Athena reaching her hand across my body and putting it on the dolphin’s skin. I worried that Athena might scratch her, but she was gentle. She giggled when her hand reached the fin and it was a moment I’ll never forget for the rest of my life. My daughter, at 15 months, was having an interaction that most people never get to experience in their lifetime.

The trainer was as friendly as the dolphin. He was patient with Athena and when he knew she was ready, he had the dolphin give her a kiss. I could feel Athena tense in my arms as the dolphin rested her lips on Athena’s chin. Athena realized that the dolphin was kissing her and she turned her head and blew a kiss back to the dolphin.

I was in heaven. It was like I was experiencing it all for the first time too. To see the world through Athena’s eyes is the most beautiful gift in the world.

I came to Curacao because of the Dolphin Academy. After researching family-friendly possibilities, the Dolphin Encounter with Athena was the most “bucket list” adventure I could envision. But sometimes we are limited by our imaginations because I could never have imagined the joy and happiness that it would bring both of us. If you wonder why I travel with a toddler, just look at the expression on our faces as we explore Curacao.