The Nile River is a sparkling ribbon of life snaking through Egypt’s otherwise inhospitable desert. For thousands of years, Egyptians have worshipped the Nile, their lives revolving around the mighty river’s ebbs and flows. Nowadays, with the construction of modern dams, pipes and barriers, the Nile has become a more reliable waterway, and is a favorite cruising destination for those who want to follow in the footsteps of the ancient Pharaohs. 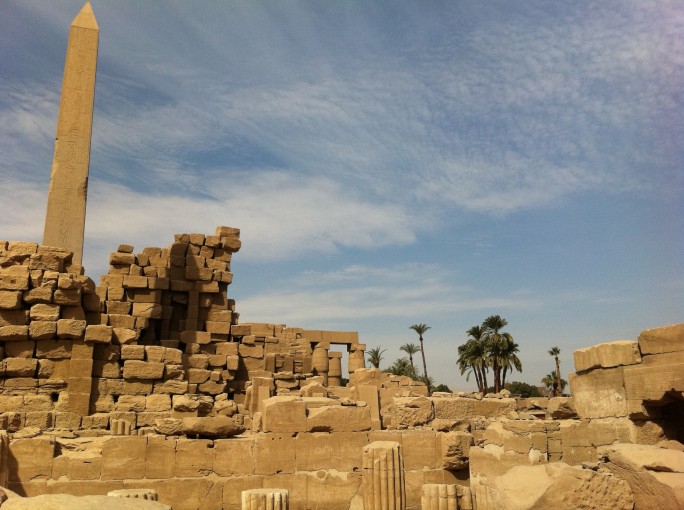 While vacationing in Egypt, my boyfriend Steve and I found ourselves in the dusty city of Luxor. This cacophonous maze of sand blown streets is filled with horse drawn carriages and hawkers touting papyrus scrolls and silver ankhs. But amidst the chaos you’ll find glimpses of a time when Pharaohs ruled, the sun was god and people lived and died by the whims of the mercurial Nile. We had spent a week playing Indiana Jones at exotic places like the Valley of the Kings, Karnak and the Temple of Hatshepsut, when we were convinced by a persistent tour guide to indulge in a Nile cruise. I didn’t realize it at the time, but it should have been at the top of my bucket list long ago. 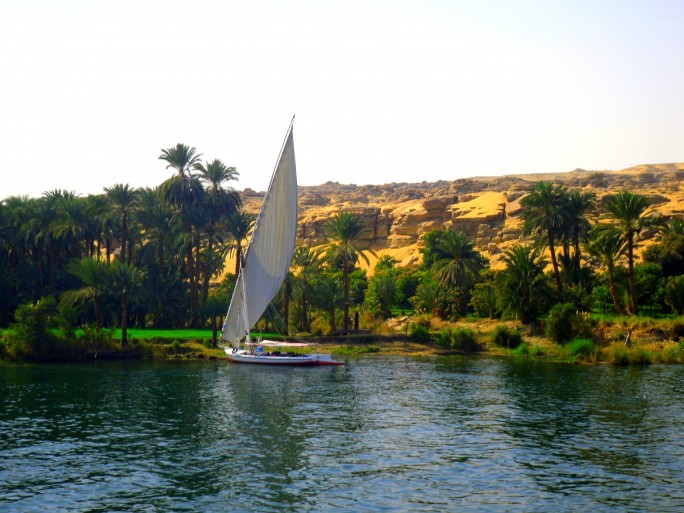 Cruising the Nile is exotic, mysterious and downright luxurious. I spent my days feeling like Cleopatra on her royal barge–reclining on the top deck of the ship with a beverage in hand, as I watched the clumps of reeds and rushes, languid river birds and ancient temples slowly pass me by. I marveled at the verdant banks of the river, where bathing children waved and splashed and herons swooped amidst breeze-rustled palms. Each time I saw a felucca–traditional Egyptian sailboat–glide silently by, I struggled to remember that it was indeed the 21st century and not 3,000 B.C.

The six-day cruise took us from Luxor south to Aswan and back. Plenty of diversions were available to occupy us on the ship, despite the fact that river cruise boats are much smaller than their ocean going sisters. The onboard massage, swimming pool and afternoon tea are notable, but the highlights of any Nile cruise are the ancient temples and ruins you’ll spot along the way. 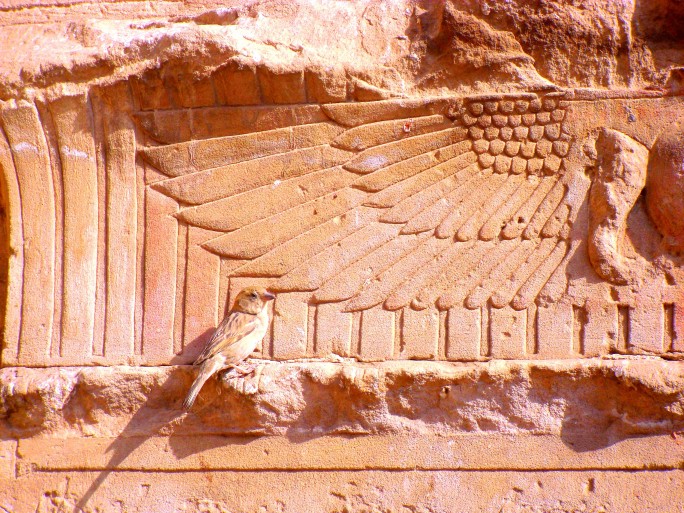 On the second day, the ship docked at the small town of Edfu where we saw the Temple of Horus. The iconic sky god depicted with the body of a man and the head of a falcon is a menacing sight, but don’t worry. Any fears his formidable face inspires in you will soon be assuaged with a glass of wine back on the ship. 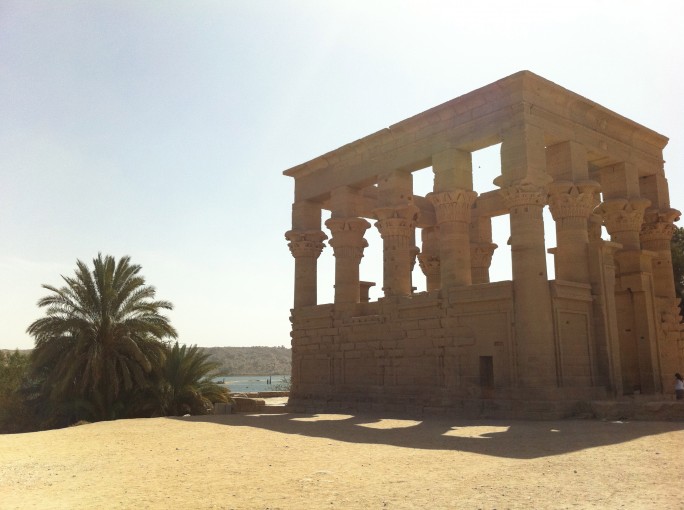 My favorite Nile cruise destination? The Temples of Philae near Aswan. In the lake formed between the old Aswan Dam and the newer High Dam is the island of Philae. As we approached the island by boat, the sun created a golden halo against the crumbling structures. Jutting above the navy blue water is a stunning array of temples, pillars and statues dedicated mainly to Osiris and his sister/wife Isis. The beautiful bas-reliefs and hieroglyphics illuminated the vibrant Egypt of times past, adding to my growing sense of anachronism. 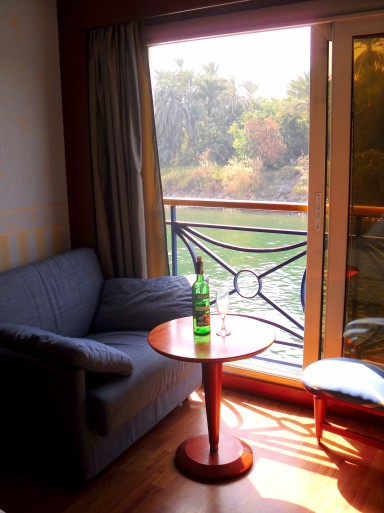 A Nile cruise is absolutely a glamorous and lavish experience, and surprisingly, it didn’t cost a queen’s ransom. We discovered that a cruise along the Nile can be surprisingly
affordable and Steve and I came away from our six-day sail for less than $500–well worth it to feel like royalty for a week. 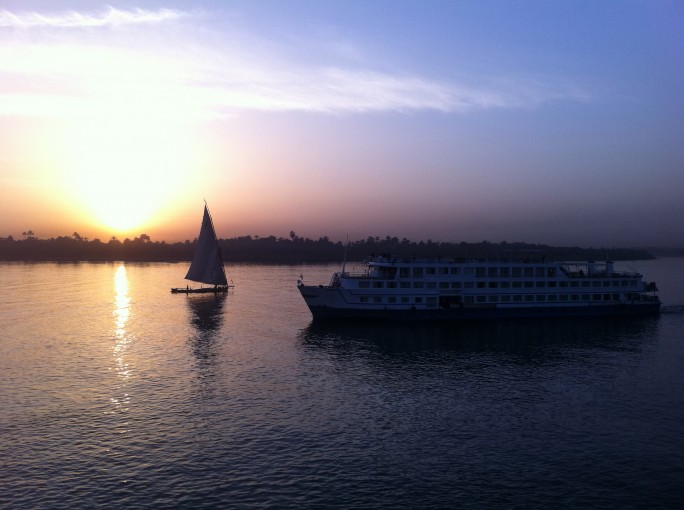 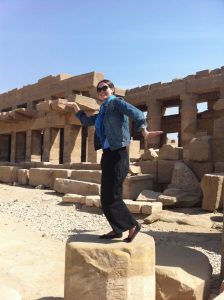 Uganda is a wonderfully diverse country with some of the best safari experiences in the world. Uganda is not only home to the Big Five ...
END_OF_DOCUMENT_TOKEN_TO_BE_REPLACED

Our San Antonio bucket list was super easy to create. There are so many unique bucket list experiences that we keep going back for more...
END_OF_DOCUMENT_TOKEN_TO_BE_REPLACED

Last year, Athena spent her birthday at home with us. We couldn't have friends over to celebrate and we could only get her things that ...
END_OF_DOCUMENT_TOKEN_TO_BE_REPLACED

What cities are on your travel bucket list for 2021? When we think of travel, we think of climbing hills to watch the sunrise, cocktail...
END_OF_DOCUMENT_TOKEN_TO_BE_REPLACED

Grandscape will be one of the largest and most unique mixed-use real estate developments in the country upon completion. Located in the...
END_OF_DOCUMENT_TOKEN_TO_BE_REPLACED

I've driven every type of vehicle that I can. I have experience with stock cars, Formula One, super cars, and Indy cars. I've driven mo...
END_OF_DOCUMENT_TOKEN_TO_BE_REPLACED

Traveling to Colombia soon? Excellent choice. You’ll not regret this one. But let me give you a little sneak peek of what Colombia is a...
END_OF_DOCUMENT_TOKEN_TO_BE_REPLACED

Fun, mysterious, and extremely beautiful, Cuba is a country that should be on the bucket list of every global traveler. The small islan...
END_OF_DOCUMENT_TOKEN_TO_BE_REPLACED

The State Fair of Texas is held each fall at Dallas Fair Park. The Fair has taken place every year since 1886 and it usually begins the...
END_OF_DOCUMENT_TOKEN_TO_BE_REPLACED

There are so many activities to choose from for your Mont Tremblant summer bucket list that we came up with an entire list dedicated sp...
END_OF_DOCUMENT_TOKEN_TO_BE_REPLACED

From unique tree-top suites with butlers, to private Marrakech villas, these luxury getaways stand apart for their extraordinary attrib...
END_OF_DOCUMENT_TOKEN_TO_BE_REPLACED