Most of the places on my ever-growing bucket list are about fun and adventure. My bucket list is full of amazing sights I want to see with my own eyes and incredible activities I want to experience for myself. But a few of the things on my list are more reflective, thought provoking and emotional like visiting the 9/11 Memorial in NYC. 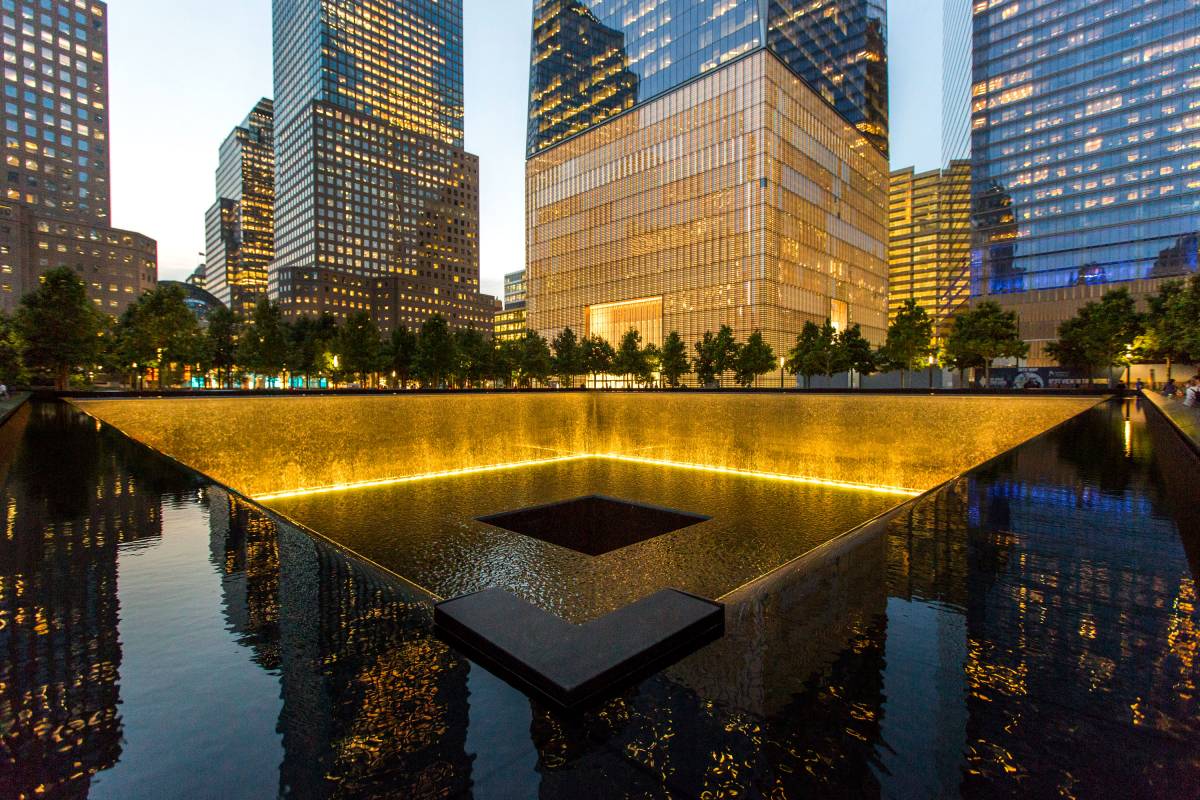 I never got to see New York’s World Trade Center before the unspeakable acts of September 11th, 2001. And with Wednesday being the 12th Anniversary of the 9/11 NYC attacks, it’s something I’ve been thinking a lot about lately.

I’m lucky, in that I didn’t have to live through the horror of 9/11 in NYC. In 2001, I had yet to leave my home on Africa’s Serengeti Plains, and so had never even heard of the Twin Towers on the day of the attacks. By the time I learned about those fateful events, most of the rubble had already been cleared away.

But if I had known of the Towers before they fell, they’d definitely have been on my bucket list. The 9/11 Memorial in NYC certainly was.

I first visited NYC in August 2008. Yet it was another two years before I caught my first glimpse of the slowly growing Freedom Tower, and then only from a distance, from the deck of a boat on the Hudson River.

It wasn’t until February 2011 that I finally stood at Ground Zero myself. Even so, this was still seven months before the 9/11 Memorial was official opened to the public. So on that occasion we had to be content with peering through the fences surrounding the construction site.

Over my next couple of visits to Manhattan, I saw the Freedom Tower continue to slowly creep higher into the sky, although always from a distance. But on July 1st this year, I returned to the spot that is burned into the memory of everyone who witnessed the events of 2001 or, like me, has learned about them since. 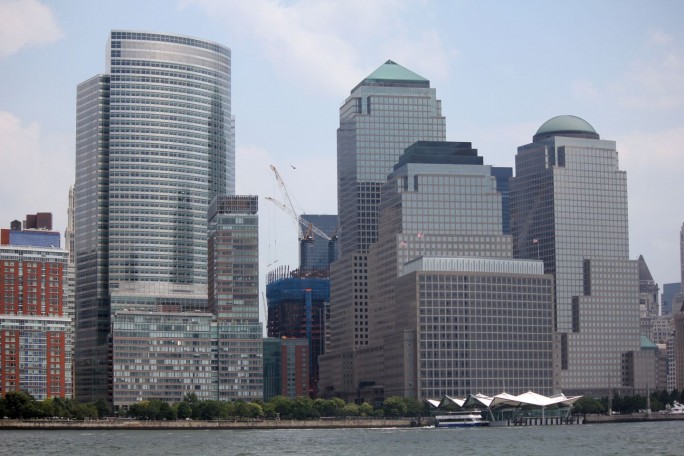 The Freedom Tower from the Hudson River (July 2010) 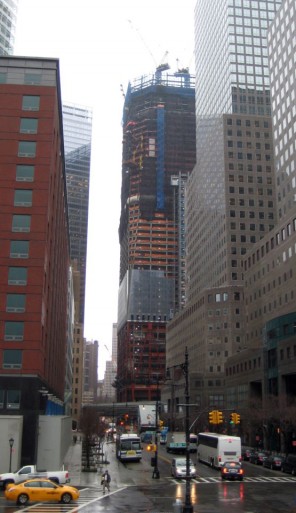 The first thing that hit me was how tight security was at the site. In addition to an airport-style security checkpoint, complete with x-ray machine, we must have had our tickets checked at least three times on our way in. And while I completely understood the need for such vigilance, it still struck me as extremely sad that a monument to 3000 innocent people, who lost their lives in such an unspeakable way, needs so much protection.

Once within the 9/11 Memorial itself, my first impression was of an orchard surrounded by skyscrapers (including the almost-completed Freedom Tower), the giants looming over the trees for a better view. Then I was drawn towards the southernmost of the two memorial pools, which occupy the footprints of the towers that once stood in this corner of Lower Manhattan.

Inside the pools, waterfalls dropped in two steps to disappear out of sight, into the Earth. Surrounding each pool was a wall, capped with a bronze ribbon bearing the names of all those who died in the attacks of September 11th, 2001, and also during the previous bombing of the World Trade Centre in 1993. The names, five rows deep, seemed endless, but I felt compelled to read as many as I could, as if by doing so I was honoring the memory of their owners. 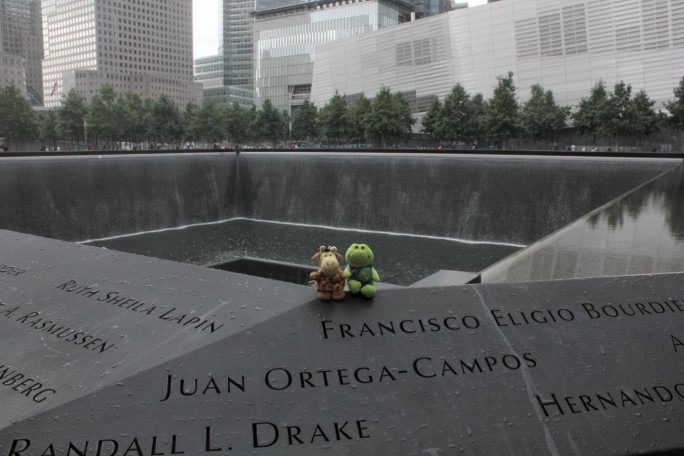 In a piece called New York’s Phoenix, which I posted on my own blog (Jaspa’s Journal) a week after my visit, I said that just thinking and writing about my time at the 9/11 Memorial brought tears to my eyes and a lump to my throat. This still holds true. The 9/11 Memorial invokes emotions that are raw and overwhelming. Which I think is exactly as it should be.

As I said earlier, for reasons beyond my control, the Twin Towers never made it onto my Bucket List. But the 9/11 Memorial did. And if you haven’t done so already, I strongly recommend you add it to yours. 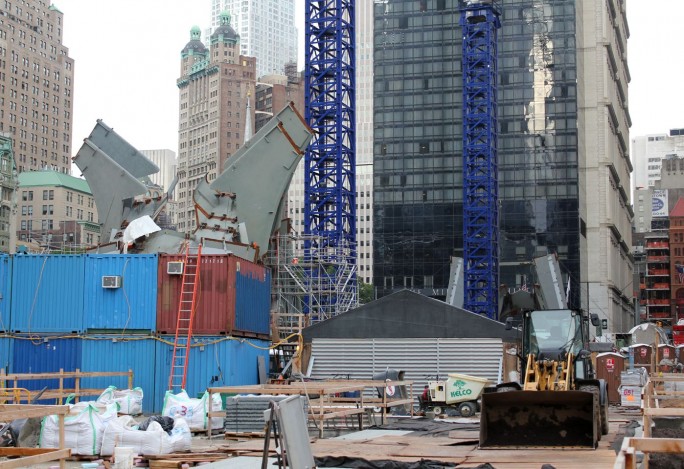 Construction of the Memorial continues (July 2013) 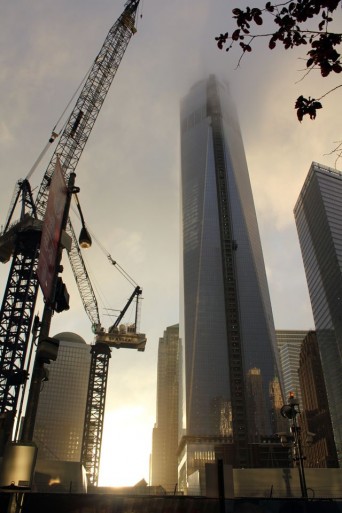 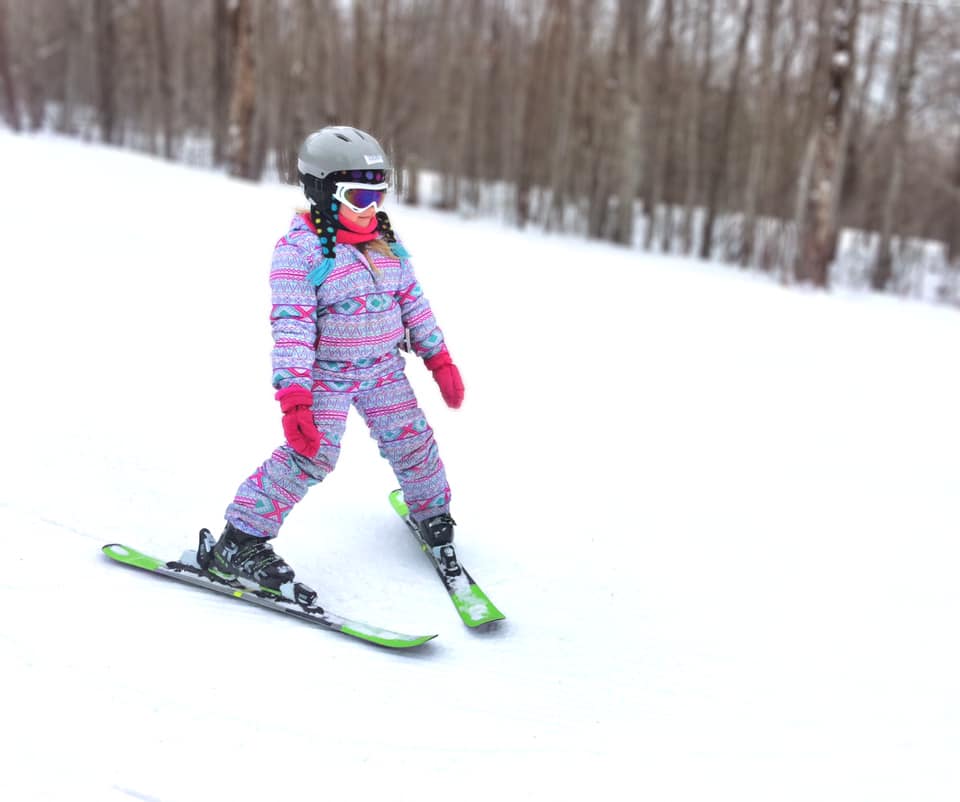 As a mom who loves skiing, I want Athena to learn and feel comfortable on the slopes. I feel confident in my skiing abilities for most ...
END_OF_DOCUMENT_TOKEN_TO_BE_REPLACED

Niagara Falls has to be one of the most popular bucket list destinations in all the world. There are lost tribes living in the Amazon, ...
END_OF_DOCUMENT_TOKEN_TO_BE_REPLACED 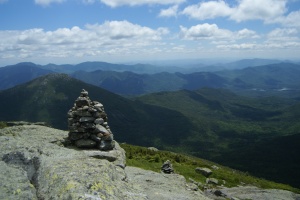 It was June and the time had come.  I had been waiting for this day for a few years and it was finally here.  The kids were old enough ...
END_OF_DOCUMENT_TOKEN_TO_BE_REPLACED