I’m a music junky. Hard core. I generally have music on any time I’m in the car, or writing, or cooking, or exercising… or doing just about anything. If the music’s off, I tend to sing. I’m not the greatest singer, but I’m not the worst either. Any chance I get to go see someone I like, live, I grab. My concert bucket list is endless, but it’s not always easy; I have kids; there are things that keep me from just running off to attend a concert. The price of concert tickets, frankly, has made me pause more than once. I don’t know how teens do it! When I was in high school, a concert ticket ran about $25, which was big bucks for a primo act. I’m pretty sure I paid about that for The Police, in 1982. I’m guessing the Doobie Brothers were about $15 in 1979, and Journey might have been $30 in 1984. I may be off on these prices, but not by much. I was a starving college students in the 80s and I didn’t spend a lot on concerts. Frankly, $25-50 would have laid me out. I remember paying about $40 for the Eurythmics in a very small, intimate venue, and feeling like I might be sick… until they played. It was worth every penny! I could not take my eyes of Annie Lenox; she was electric!

Today, it’s not unusual to pay nearly $150 for top shows, if you want decent seats. Madonna set me back about that last year, and P!nk, this October, is more. Granted, my friends and I bought a private box for P!nk— the show sold out in the time it took to log on and start searching for seats. We reasoned that the extra money was worth the freedom to have drinks and food, tables and chairs as well… not to mention a room to dance in. P!nk requires some serious dance freedom.

I suppose I’ve always had a Concert Bucket List, but as I’ve realize that some of my favorite bands are aging just as fast as me, getting to see them has amped up a few notches in my priorities. I’ve seen U2 three times in the past ten years. The first time, I went with my 13 year old son. It was Middle Man’s (I don’t use my kids’ names here), first concert and we had a blast together. We drove to Vancouver and bought scalped tickets. I think I got extra kool points, in his young eyes for taking him, and for buying from scalpers.  I took Little Man to his first concert: The Killers, also in Vancouver. I bought the “best tickets,” but was shocked to learn that we were in the “mosh pit.” I spent the entire concert trying to protect my boy from being crushed. Luckily, a giant of a man realized my kid was in the crowd, and he lifted him up over the crowd (literally), to the stage and then guarded him the rest of the show. I spent my time crushed against his sweaty back, but happy to know that Little Man was in heaven!

There are a few big names that I would still like to see, and a few that may not be as well known.  Here’s my concert bucket list, in no particular order. I’m including one of my favorite songs from each artist, for your listening pleasure.

1.  Metric. I am dying to see this edgy, alternative group, but keep missing them when they come to our area. They’re young; I figure I still have time.    http://www.youtube.com/watch?v=jq3-wZs64n4

2.  Peter Gabriel. Ok, P.G. is probably my number one dream concert. I’ve been a fan for nearly thirty years now, and I’d do almost anything to see him live. This tops the list.  http://www.youtube.com/watch?v=fgaYgij-5TA

3.  Arcade Fire- Love these guys. I love their sound, their lyrics and their ideals. I am their perfect bleeding heart fan.   http://vimeo.com/17116744

4.  P!nk- Love the girl! She can kick some rock butt and do it on a trapeze to boot! I have tickets for this October, but it remains on the list until the P!nk lady sings.    http://www.youtube.com/watch?v=yTCDVfMz15M

5.  David Byrne– long, sad story, but my husband, Smart Guy, took me to see him this past January. He got the time wrong and we only saw the last 30-40 minutes from our amazing, third row seats. David was incredible! We got to hear Burning Down The House, We’re on a Road to Nowhere and a few other classics. He still has it! But, I’d like to see all of it. Oh, to see The Talking Heads would be the ultimate!   http://www.dailymotion.com/video/x20vya_talking-heads-this-must-be-the-plac_music

7. Black Keys- These guys are fantastic! Their lyrics are brilliant, their sound is a crazy mix of old Motown, Indie Rock, and Black blues. They would be fabulous in a small venue, and I’d love to be there.   http://vimeo.com/36322610

8.  Bon Jovi (big hair and all)- I admit it; I still have a crush on Jon Bon Jovi. He’s aged mighty fine. I’d love to be in a stadium and scream along to Livin’ On a Prayer, Wanted Dead or Alive, and and You Give Love a Bad Name. I happen to love his (newer) You Wanna Make a Memory. Hell, he’s just hot, and I’d like to see them live.    http://www.youtube.com/watch?v=lDK9QqIzhwk

9.  Dave Matthews-  Again, I saw him years ago, main floor, about 10 rows back. Smart Guy was post-call and slept through the entire thing, young girls screaming in his ears and all. It was so good though, and I’d love to see him again. Love me some Dave, and this is a very favorite song of his.  http://www.youtube.com/watch?v=WBT_u9YsmSA

10. Eddie Vedder- Acoustic, not necessarily with Pearl Jam.  I love to hear Eddie with a guitar or ukelele.   http://www.youtube.com/watch?v=SVQEsKDcl2A

The Fantasy Bucket List— bands that are no longer together, or who have major members who’ve died, etc or bands I wish I’d seen years ago, would include:

Here’s a bonus for your concert bucket list: Arcade Fire and David Bowie. If this doesn’t move you, you’ve got ice in your veins. Stunning! Oh to have been there. 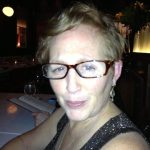 Dawn Quyle Landau is a writer who prefers to “Free fall.” Her work has appeared in Tangerine Tango, Women Writers Share Slices of Life, edited by Lisa Winkler; Cascadia Weekly; The Outlier Collective; Bucket List Publications; and in her blogs, Tales From the Motherland and The Huntington’s Chronicles. Dawn is the mother of three mostly grown, amazing and adventurous kids; and best buddy to a studly lab, named Luke. She and her husband of 27 years, live a very good life surrounded by the spectacular beauty of the Pacific North West. She pinches herself every day, and ignores the bruises. She does not actually wear glasses, she’s just silly that way.

Our San Antonio bucket list was super easy to create. There are so many unique bucket list experiences that we keep going back for more...
END_OF_DOCUMENT_TOKEN_TO_BE_REPLACED

Last year, Athena spent her birthday at home with us. We couldn't have friends over to celebrate and we could only get her things that ...
END_OF_DOCUMENT_TOKEN_TO_BE_REPLACED

What cities are on your travel bucket list for 2021? When we think of travel, we think of climbing hills to watch the sunrise, cocktail...
END_OF_DOCUMENT_TOKEN_TO_BE_REPLACED

Grandscape will be one of the largest and most unique mixed-use real estate developments in the country upon completion. Located in the...
END_OF_DOCUMENT_TOKEN_TO_BE_REPLACED

I've driven every type of vehicle that I can. I have experience with stock cars, Formula One, super cars, and Indy cars. I've driven mo...
END_OF_DOCUMENT_TOKEN_TO_BE_REPLACED

Traveling to Colombia soon? Excellent choice. You’ll not regret this one. But let me give you a little sneak peek of what Colombia is a...
END_OF_DOCUMENT_TOKEN_TO_BE_REPLACED

Fun, mysterious, and extremely beautiful, Cuba is a country that should be on the bucket list of every global traveler. The small islan...
END_OF_DOCUMENT_TOKEN_TO_BE_REPLACED

The State Fair of Texas is held each fall at Dallas Fair Park. The Fair has taken place every year since 1886 and it usually begins the...
END_OF_DOCUMENT_TOKEN_TO_BE_REPLACED

There are so many activities to choose from for your Mont Tremblant summer bucket list that we came up with an entire list dedicated sp...
END_OF_DOCUMENT_TOKEN_TO_BE_REPLACED

From unique tree-top suites with butlers, to private Marrakech villas, these luxury getaways stand apart for their extraordinary attrib...
END_OF_DOCUMENT_TOKEN_TO_BE_REPLACED

There are few things in the world better than getting the chance to travel. That love of travel lets you explore new places, meet new p...
END_OF_DOCUMENT_TOKEN_TO_BE_REPLACED