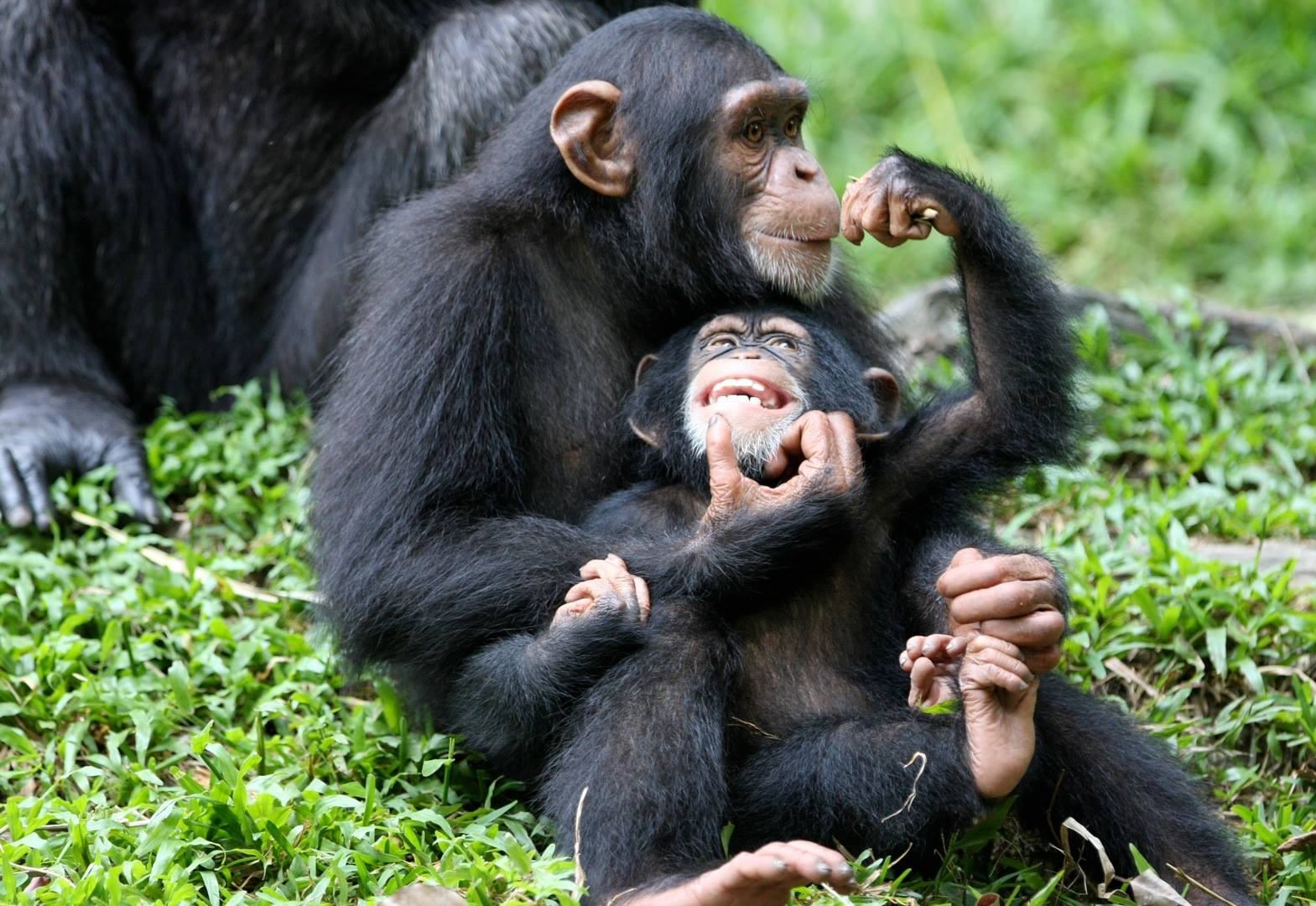 A community of wild chimpanzees surrounded me in Uganda’s Kibale National Park. The leader, an elderly looking male, had one eye and silvery, grey hair on his back. Don’t mistake that for weakness though. He was powerful and the rest of the community respected him and protected him when they sensed danger.

Another community of chimpanzees was close by and the members were on high alert. Screaming and movement were a part of the full hour that I was able to spend with these magnificent apes in Kibale National Park. It was the most wild travel adventure of my life. Africa Adventure Safaris planned the adventure of a lifetime in Uganda’s Kibale National Park and this was only day two.

I embarked on my chimpanzee experience from the Kanyanchu Visitor Center in Kibale National Park at 3 PM. It’s the rainy season so tourists weren’t as plentiful and I entered the forest with only one other person – the guide. He was armed with a rifle and a radio and dressed in camouflage. We were heading deep into the forest to trek chimpanzees. Millions of thoughts ran thought my head.

What if something happens to this man while we’re in the forest? If we get lost? What if the chimpanzees are aggressive and attack us? What if….

I made small talk to get out of my head as we walked deeper and deeper into the forest. It didn’t take long for me to be completely lost, but this was second nature to the guide. He knew the paths like I know the streets in my neighborhood.

It wasn’t long before we heard their screams and howls and then we were among them. There were about twenty in the community and they were mostly on the ground while a few were swinging in the trees.

I saw three babies riding on the backs of their moms. Their faces and hands were lighter and their ears were far too big for their bodies. Adults and children sat and moved around me. I took several photos and videos and watched in awe.

One male looked at me and it was uncanny how much I felt like I was looking at a human. It wasn’t a blank look; he was studying me. Honestly, it made me a little freaked out. Chimpanzees are the closest relatives to humans and we share over 98 percent of their DNA.  They are sociable, intelligent, and communicative, but they are wild animals and I was in their home. Although I tried to maintain the required distance of 5-8m, I could have reached out and touched them. I guess they weren’t given the 5-8m guidelines. They looked at me, cleaned each other, scratched, and walked on two legs. They were like watching children who spoke a different language.

We spent an entire hour with them. They moved around but they weren’t trying to get away from us. It was the most unbelievable wildlife encounter of my life. I didn’t want to leave yet I didn’t want to overstay my welcome.

I have had some amazing travel experiences in my life but trekking chimpanzees in Kibale National Park was the wildest moment of my travels.

When I was a child, I imagined having wild African adventures like this but I didn’t believe they were actually possible. Africa Adventure Safaris makes your wildest dreams a reality.