Israel is an ancient and modern treasure waiting for you to discover its history and beauty. While Jerusalem has a spot on most bucket lists, the other regions are equally fantastic to explore and learn. During my recent trip to the Land of Creation, I experienced great beauty from the lowest spot on earth to the wide-open spaces of the Coastal Plain. I marveled at architectural feats and roamed ancient ruins. I shopped at markets and discovered art in museums. This is the Israel that I experienced. 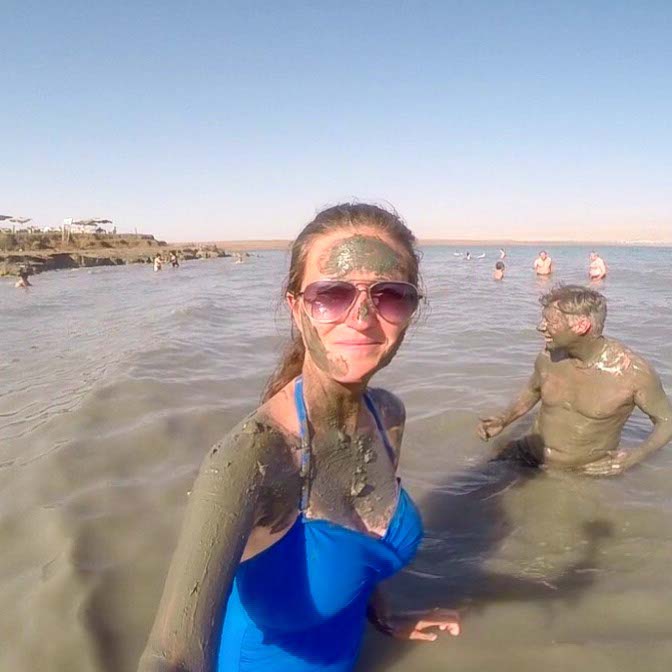 The lowest spot on the face of the earth, and a natural health spa, the Dead Sea is one site I didn’t want to miss. At 400 meters below sea level, this body of water has the highest concentration of salt in the world. It’s called the Dead Sea because its salinity prevents the existence of any life forms in the lake. That same salt provides tremendous relief to the many ailing visitors who benefit from its healing properties. Covered in mud, I bobbed in the sea like a cork in a glass of wine. I could instantly feel the effects on my skin and I felt rejuvenated. If that wasn’t reason enough to want to experience the Dead Sea, it’s a lot of fun floating and playing in the buoyant water.

2. The Sea of Galilee 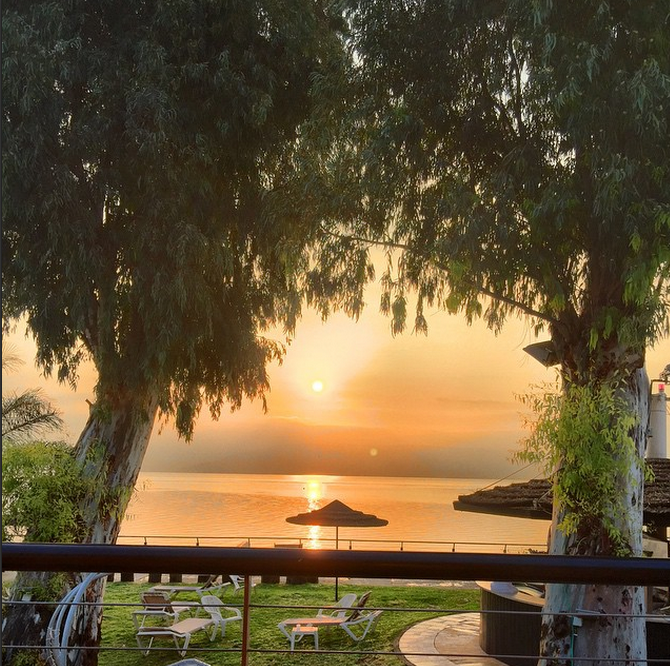 Israel’s largest fresh water reservoir, the Sea of Galilee is the country’s largest and most important source of drinking water.  The Sea of Galilee played an important role in the early years of Christianity and has now become a pilgrimage site for many Christians. According to Christian tradition, Jesus lived, preached and performed miracles in the sea and the surrounding region. It was here that he walked on the water and the miracle of the loaves and the fishes happened in nearby Kfar Nakhum. In the city of Tiberias, I witnessed one of the most beautiful sunrises of my life. It was peaceful, golden and majestic. Its beauty will inspire and impress both Christians and non-Christians. 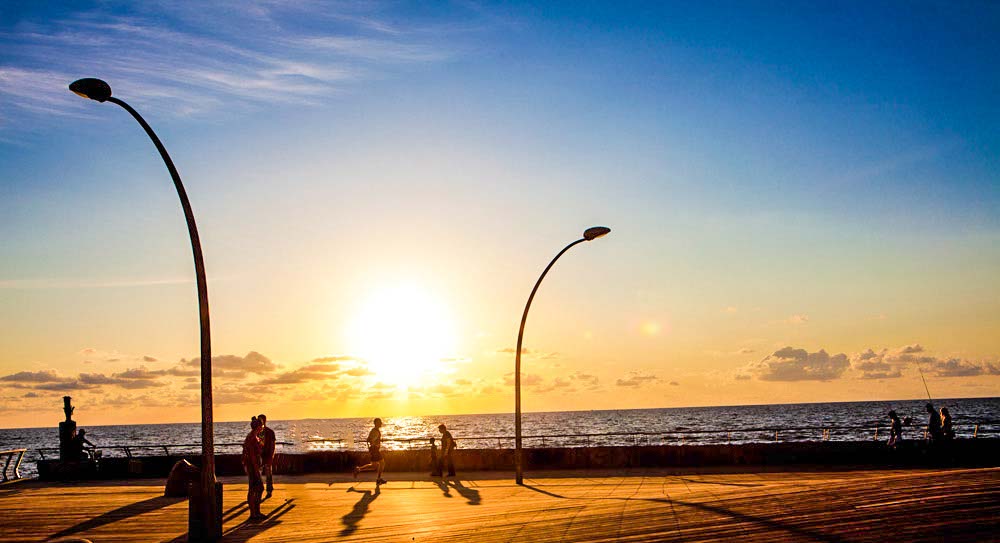 Warm, soft sand, waves that lap the shore and wide open spaces – these are the features of Israel’s Coastal Plain, Israel’s western coastline which stretches along the Mediterranean Sea. Most of Israel’s population is concentrated in the Coastal Plain, in cities such as Tel Aviv and Haifa. It remind me of home in southern California. It offers gorgeous, pristine beaches to relax next to large cities with endless dining and entertainment options. To add to its glory, there is history and culture in abundance. Cobblestone streets and bustling markets can be found in Old Jaffa along with museums and artists. 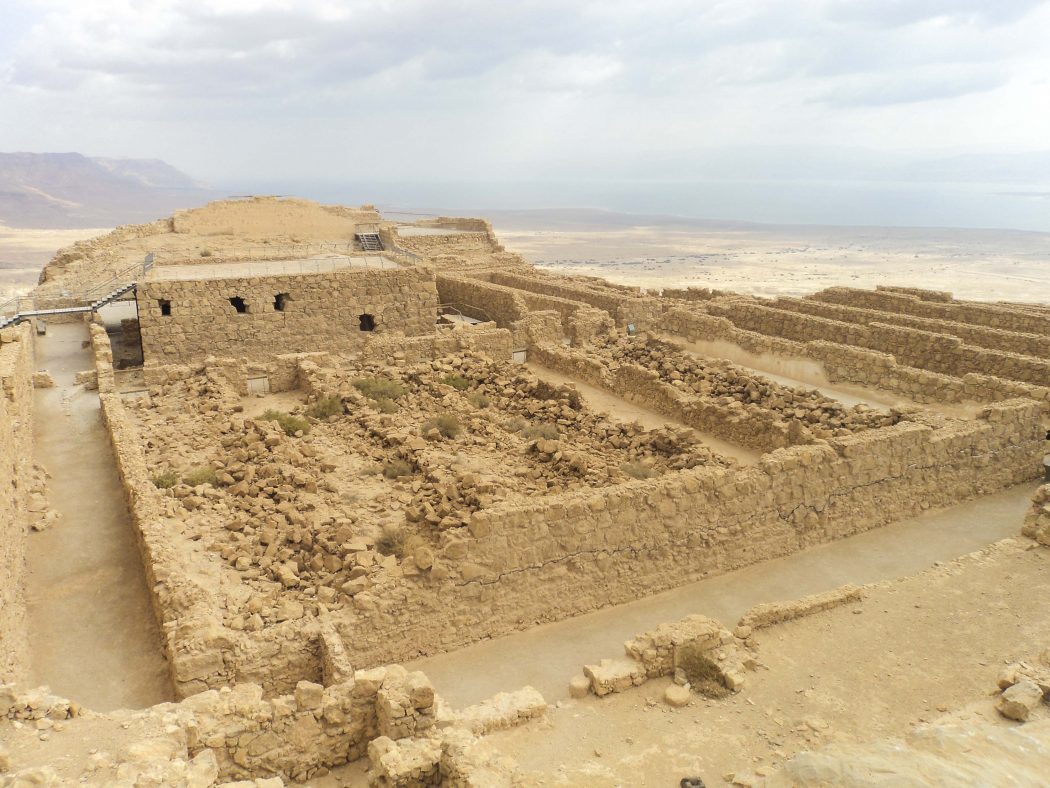 The Judean Desert is bordered by the Mountains of Judea to the west and by the Dead Sea to the East. It is considered a relatively small desert, spanning only 1,500 square kilometers, but it contains many fascinating nature reserves, historic sites, monasteries and panoramas that make it an exciting and unique place to visit. The desert is known for its rugged landscape, which has provided a refuge and hiding place for rebels and zealots throughout history, as well as solitude and isolation to monks and hermits. During the days of the Maccabees (about 2,000 years ago), large fortresses such as Masada were established in the desert. While I loved the history of Masada, it was the breathtaking views that were constantly changing that had me wanting more. Mountains and cliffs stand alongside plateaus, riverbeds and deep canyons. It was a photographers dreamland. 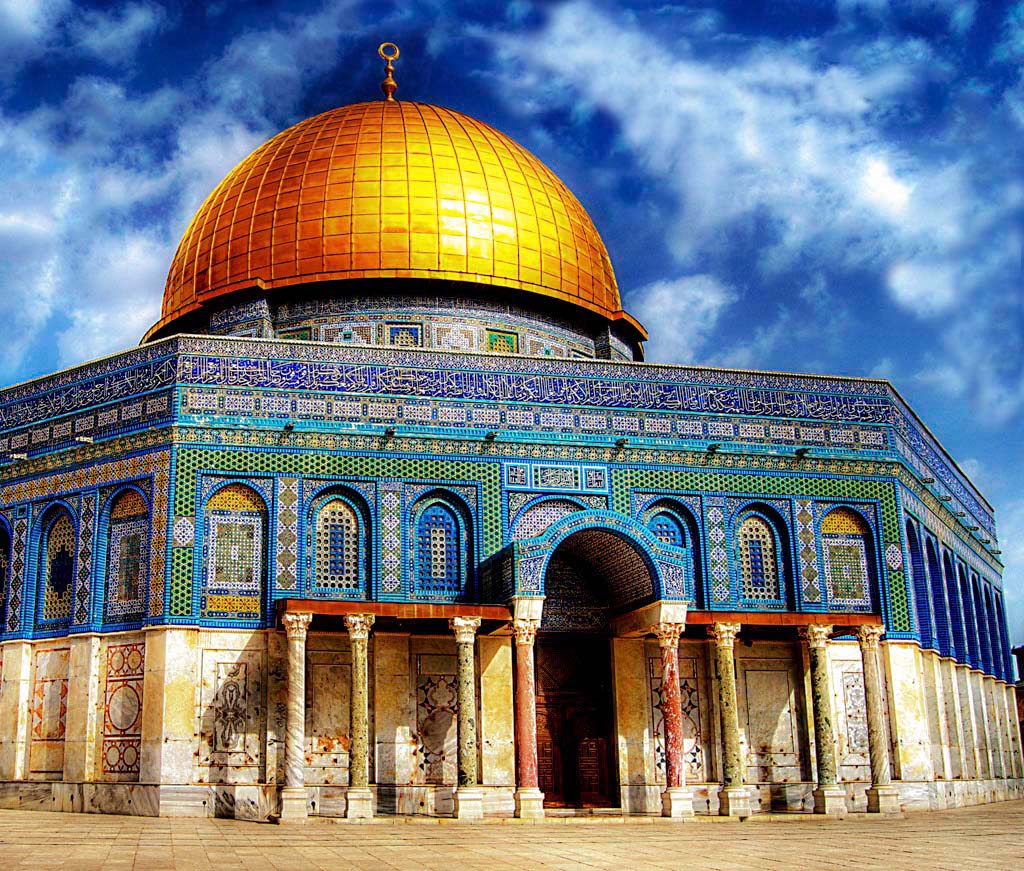 The Jerusalem hills offer many secrets from a deep past as well as fascinating nature sites and tremendous beauty all year round. As their name indicates, the Jerusalem hills are a hilly region in the Judean mountains with Jerusalem nestling in the middle. The Jerusalem hills are known for their great historic importance. Pilgrims past this way thousands of years ago making their way to the holy sites for prayers, sacrificial offerings and just to visit; armies and many divisions of soldiers fought here, forcing their way between the mountains to the city. As I explored the streets of the Old City, I felt like I was passing through history. The sacred atmosphere is present everywhere in the city and the colorful markets and narrow alleyways bring life to the modern world.

I didn’t know what to expect when I arrived in Israel. Stories of war, terrorism and Iron Dome missile defense systems filled my head and worried me. But the Israel that I experience was a drastically different world. It was filled with beauty, culture, history, architecture and kindness. I explored the  regions and connected with locals. I felt at home in a far-away land and I dream of returning for more.

A special thanks to Israel Tourism for making this trip a reality. All opinions and thoughts are my own.

Traveling to the seven lands so grand, A journey to explore each strand, From the southern ice to the northern skies, Discovering cu...
END_OF_DOCUMENT_TOKEN_TO_BE_REPLACED

Traveling can be a hassle, especially when it comes to packing and carrying your luggage. A good carry-on bag can make a big difference...
END_OF_DOCUMENT_TOKEN_TO_BE_REPLACED

According to a CNBC report, there is a new “sense of urgency” in travel after the COVID-19 pandemic. The survey of 12,000 travelers fro...
END_OF_DOCUMENT_TOKEN_TO_BE_REPLACED

Many people working in diverse industries usually partake in business travel since it’s essential for them to interact with colleagues,...
END_OF_DOCUMENT_TOKEN_TO_BE_REPLACED

Weekend getaways should be the easiest of all to pack for, right? After all, you know where you're going, what you'll be doing, and wha...
END_OF_DOCUMENT_TOKEN_TO_BE_REPLACED

On a recent Royal Caribbean cruise, I encountered countless parallels between game development and travel activities and professions. F...
END_OF_DOCUMENT_TOKEN_TO_BE_REPLACED

Recently, Saudi Arabia restored direct flights to Thailand after 32 years. Do you know the history behind the cold relationship between...
END_OF_DOCUMENT_TOKEN_TO_BE_REPLACED

The Palm Beaches are perfect for family travel. Whether you're interested in the beach as a natural playground or exploring the more wi...
END_OF_DOCUMENT_TOKEN_TO_BE_REPLACED

Flower tourism comes alive during the spring and summer. With so many different kinds of wild flora, it’s difficult to decide where bes...
END_OF_DOCUMENT_TOKEN_TO_BE_REPLACED

It’s easier than ever to take amazing photos of your travels so you always have those memories. Your phone is a high-quality camera, so...
END_OF_DOCUMENT_TOKEN_TO_BE_REPLACED

What cities are on your travel bucket list for 2021? When we think of travel, we think of climbing hills to watch the sunrise, cocktail...
END_OF_DOCUMENT_TOKEN_TO_BE_REPLACED

A digital nomad travels the world and works remotely. With the assistance of technology, nomads use the advancements and opportunities ...
END_OF_DOCUMENT_TOKEN_TO_BE_REPLACED

22 thoughts on “5 Bucket List Regions to Visit in Israel”