What to do in the San Francisco Bay Area

Golden Gate Bridge, cable cars, a beautiful bay, friendly giants, an upbeat history, dramatic beaches, some of the world’s finest wines, and trend-setting cuisine all make San Francisco Bay area a dream destination for almost every type of traveler. After multiple visits to San Francisco, here are just a few of the experiences you shouldn’t miss regardless if you’re there for a day or a month. 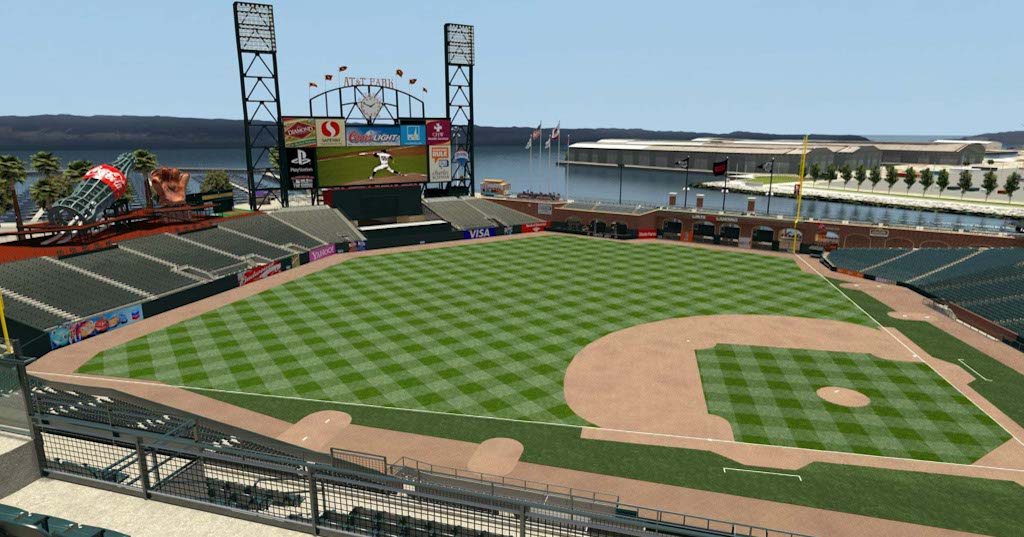 AT&T Park is a baseball park located in the South Beach neighborhood. Since 2000, it has served as the home of the San Francisco Giants, the city’s Major League Baseball franchise. It’s the ballpark where hitting a home run could mean going for a swim to get that ball and the breathtaking Bay views are worth seeing even if you’re not a baseball fan. This is a perfect activity if you are coming into the city later in the day, as you can drop your bags at a San Francisco luggage storage company and head over to the park. They offer behind-the-scenes tours that give you access to places only players and staff go including: The Field Warning Track, A Major League Dugout, Visitors’ Indoor Batting Cage, The Visitors’ Clubhouse, and The Press Box. The only other baseball park that I’ve visited before is Fenway Park in Boston. While I’m a Red Sox fan, they can’t complete with these views. 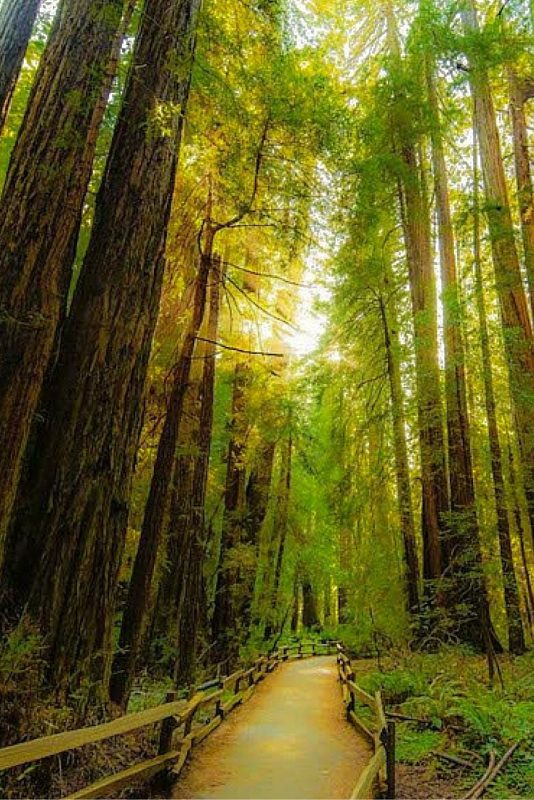 For only $6 return, we were able to use public transportation from downtown San Francisco to Muir Woods in Marin County. Nestled in a cool, foggy canyon north of the Golden Gate Bridge, Muir Woods is the world’s most famous grove of giant redwoods. We spent over two hours amidst the tall trees that are a spectacular remnant of the vast redwood forests that once filled the hills surrounding San Francisco Bay. Redwoods grow taller than any other tree species in the world, and the average age of the redwoods in Muir Woods ranges from 400–800 years old. As soon as we entered the woods, we felt like we were a million miles away from the city and concrete. 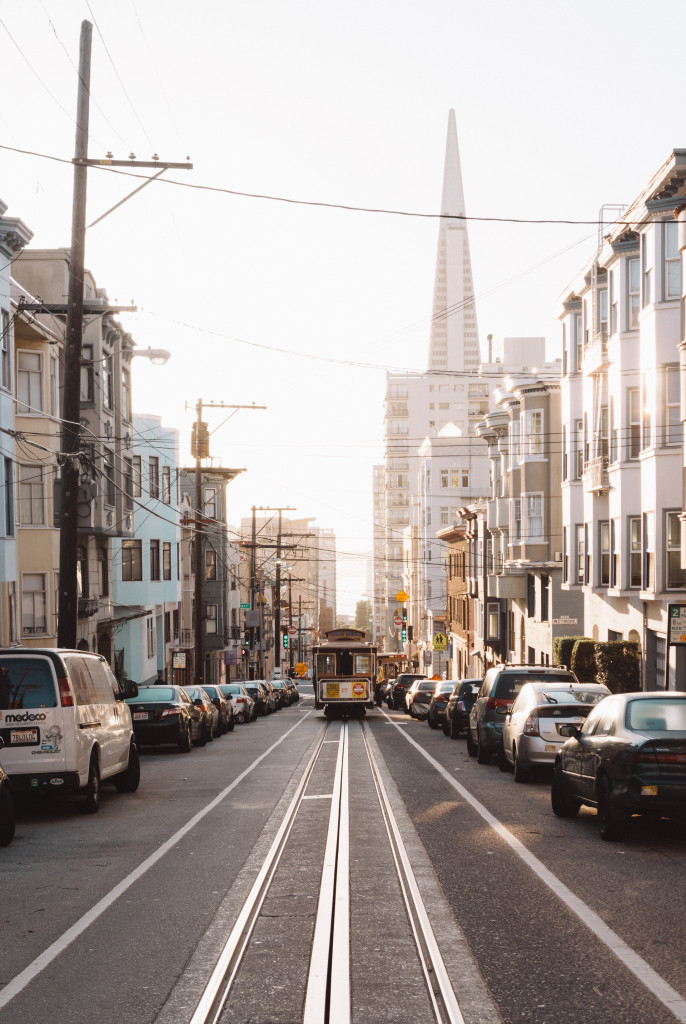 No experience is more uniquely San Francisco than a ride on a cable car. Cable cars have come to symbolize San Francisco, and they are the world’s last manually operated cable car system.

Victoria, from Bridges and Balloons, thinks that cable cars are a big hit for the whole family. She says that “they get super crowded, but are worth the squeeze for the fun of riding up and down the city’s giants hills. Plus, they’re a good way to get from A to B.”

She has some other great suggestions for what to do in San Francisco with kids too. While I haven’t visited with my kids yet, I look forward to seeing the city again through the eyes of my children. 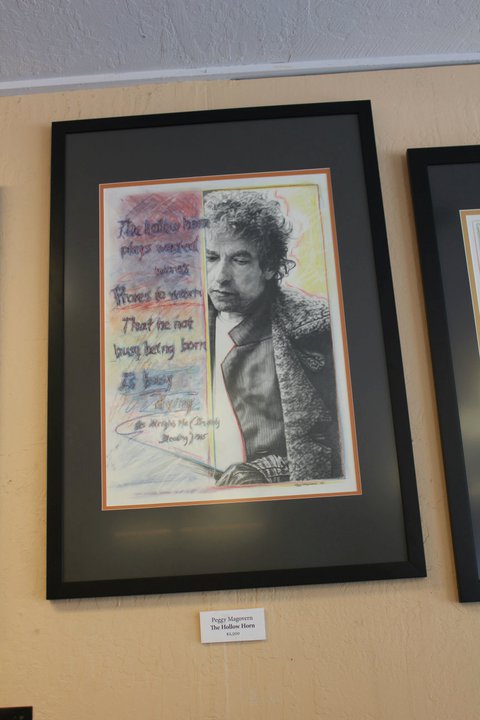 North Beach was the home of the Beats, which made the 540 Broadway location of the Beat Museum a fitting tribute. With a meager $5 admission fee, it was well worth our time. Jack Kerouac, Allen Ginsberg, William Burroughs, Neal Cassady, and Michael McClure are just a sampling of the people who comprised the spirit and the force that became the Beat Generation and filled the walls of the museum. We spent an hour enjoying the spirit of the Beats through writings, photos, artifacts, and history, as well as taking in a portion of a documentary that was playing in the make-shift theatre in the back. The museum was a step back to where it all started, celebrating the spirit of The Beat Generation. It’s a great introduction to the movement. I left with a desire to learn more about the fascinating history and culture that made up The Beat Generation and an understanding of why even “Jesus was a beatnik.” 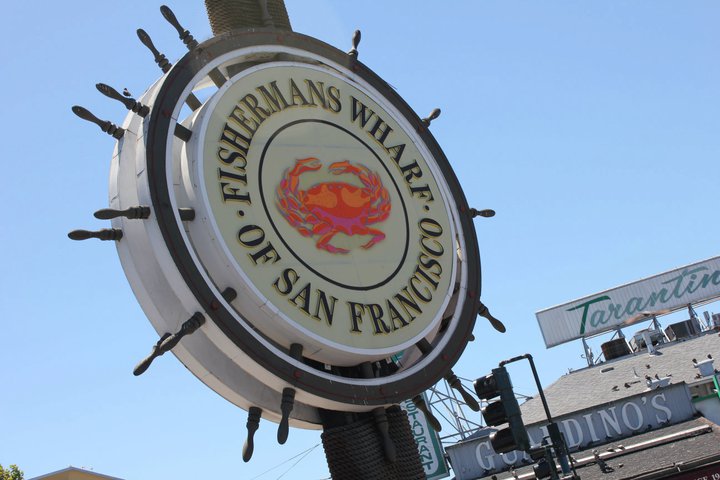 Some 80 vendors and growers spread out around the waterfront Ferry Building during the Saturday Farmer’s Market. The market offered fruits, vegetables, herbs, flowers, meats, and eggs from small, regional farmers and ranchers. Have you ever seen cardoons, pawpaws, or purple carrots at the supermarket? We saw it all at the Farmer’s Market! A wealth of other products including regional artisan specialties such as breads, cheeses, and jams filled our senses with delight. We walked by alligators made of bread, huge pallets filled with fish, and hundreds of other viewers and shoppers that searched the market for a good deal. The food that comes to the market is often picked the day before, or even that very morning, it is sold. Since 1993, the market has been a crucial link between San Francisco residents and the farmers who practice sustainable agriculture in the region. 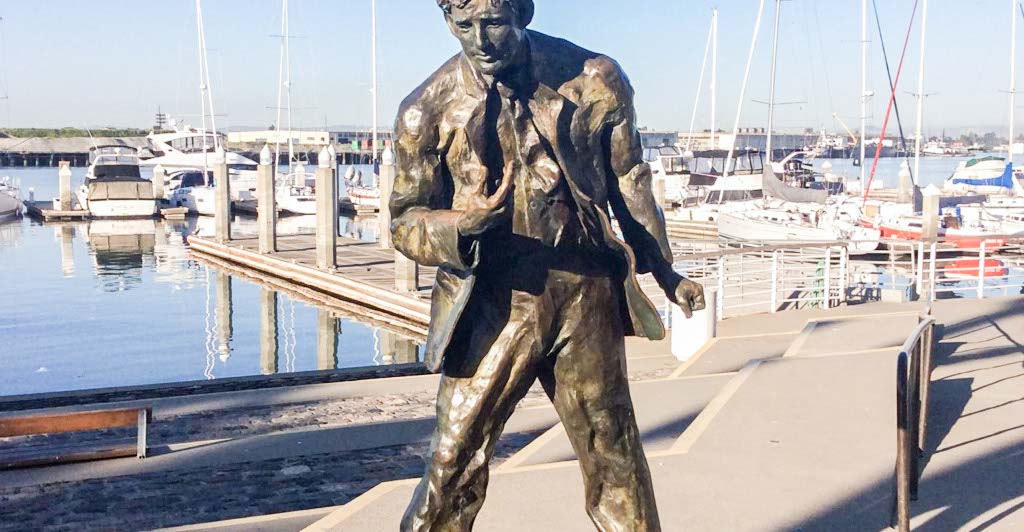 Jack London Square is a vibrant destination in Oakland with dining, retail, recreation, and exciting events year-round. From lively summer night markets and outdoor movies to kayaking and bicycling along the waterfront, there is no shortage of unique activities in Jack London Square. We dined on the waterfront at Il Pescatore and enjoyed delicious Italian dishes.

There is also a ferry service between Oakland’s Jack London Square or Alameda Main Street terminals in the East Bay and South San Francisco’s Oyster Point Marina terminal. It’s a beautiful way to see the Bay at a much cheaper cost than using a boat tour. A lot of these activities can be covered on the Free Walking Tour San Francisco. This tour starts at Union Square, visits Chinatown, Grace Cathedral, the Cable Car Barn and Museum, North Beach (the Little Italy part of San Francisco), Lombard Street, Pier 39 and Fisherman’s Wharf. 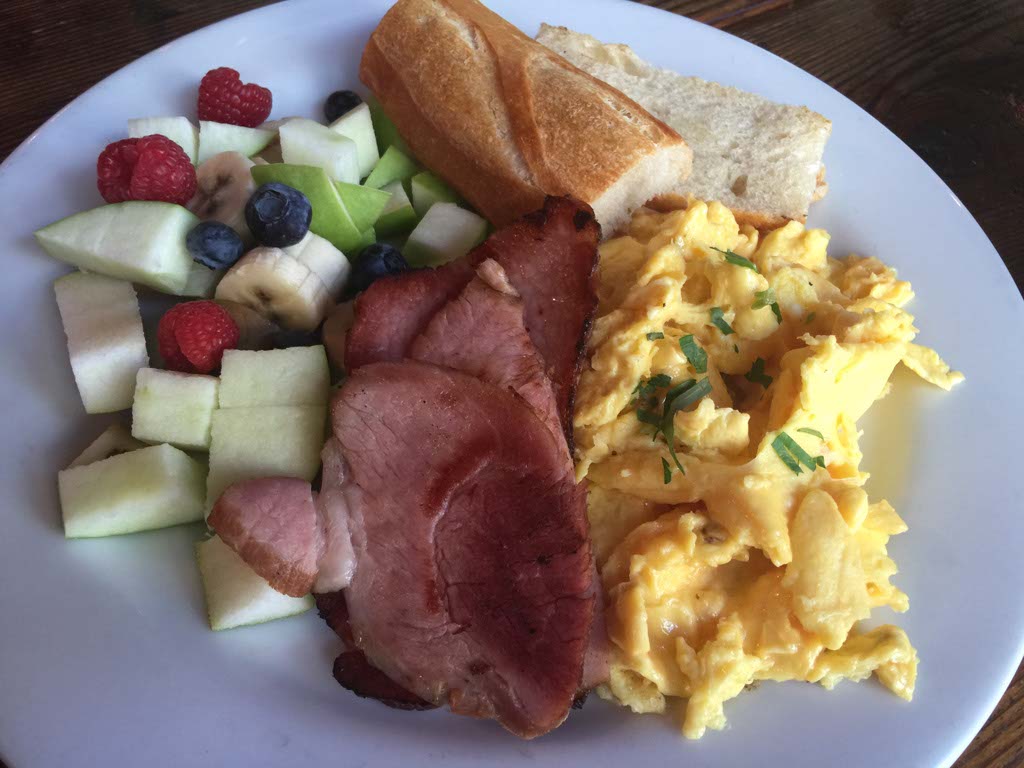 Chop Bar is a neighborhood favorite near Oakland’s Jack London Square, serving breakfast, weekend brunch, lunch, and dinner. Using the finest ingredients found in the Bay Area, they make affordable and nourishing food designed to be enjoyed by everyone.  I’d suggest visiting for breakfast and strolling along the pier before making your way into San Francisco. 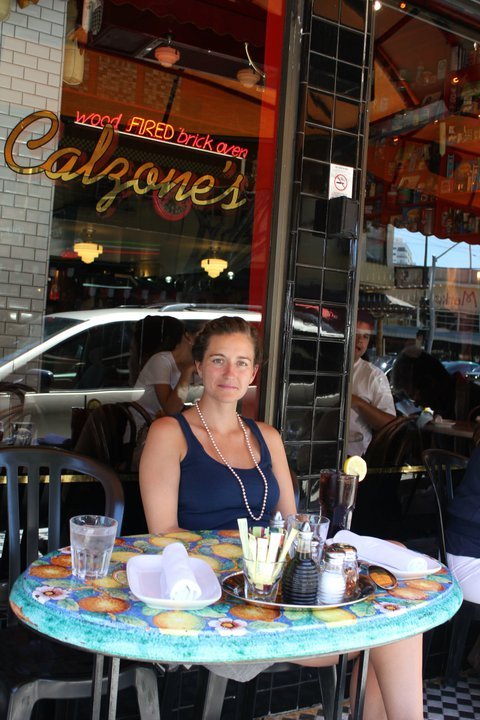 North beach is known as the Italian District, and this neighborhood has the best Italian food that the city offers. This sparkling bistro had a large awning along the front with tables and chairs beneath it, which was perfect for watching the crowd go by after a long day of exploring San Francisco.  The crisp, oblong shaped, thin-crust pizza was an excellent choice. Coupled with a spinach salad, it made a delicious evening meal. We shared the unique, homemade Italian pot stickers, an intriguing combination of Asian and Italian flavors, stuffed with sausage, wild mushrooms and ginger and served with a soy-sesame dipping sauce. With Italian service and authentic ingredients, we were transported to Italy, and all the serenity that it encompasses, without enduring the long flight.

“I left my heart in San Francisco, High on a hill, it calls to me.”  –singer Tony Bennett

All of this and I didn’t even venture out to the wine region or try any of the wild San Francisco adventures. The San Francisco Bay Area is home to a little bit of everything. The most popular attractions are definitely cable cars, Golden Gate Bridge, the Painted Ladies, and Alcatraz. They really are not to be missed, but if you’re looking for something a little different in the San Francisco Bay Area these are a few options to wet your San Fran taste buds.

Many people working in diverse industries usually partake in business travel since it’s essential for them to interact with colleagues,...
END_OF_DOCUMENT_TOKEN_TO_BE_REPLACED

Weekend getaways should be the easiest of all to pack for, right? After all, you know where you're going, what you'll be doing, and wha...
END_OF_DOCUMENT_TOKEN_TO_BE_REPLACED

On a recent Royal Caribbean cruise, I encountered countless parallels between game development and travel activities and professions. F...
END_OF_DOCUMENT_TOKEN_TO_BE_REPLACED

Recently, Saudi Arabia restored direct flights to Thailand after 32 years. Do you know the history behind the cold relationship between...
END_OF_DOCUMENT_TOKEN_TO_BE_REPLACED

The Palm Beaches are perfect for family travel. Whether you're interested in the beach as a natural playground or exploring the more wi...
END_OF_DOCUMENT_TOKEN_TO_BE_REPLACED

Flower tourism comes alive during the spring and summer. With so many different kinds of wild flora, it’s difficult to decide where bes...
END_OF_DOCUMENT_TOKEN_TO_BE_REPLACED

It’s easier than ever to take amazing photos of your travels so you always have those memories. Your phone is a high-quality camera, so...
END_OF_DOCUMENT_TOKEN_TO_BE_REPLACED

What cities are on your travel bucket list for 2021? When we think of travel, we think of climbing hills to watch the sunrise, cocktail...
END_OF_DOCUMENT_TOKEN_TO_BE_REPLACED

A digital nomad travels the world and works remotely. With the assistance of technology, nomads use the advancements and opportunities ...
END_OF_DOCUMENT_TOKEN_TO_BE_REPLACED

There are some trips where an extra large duffel bag is simply the best luggage option. You might be planning a mountain climbing exped...
END_OF_DOCUMENT_TOKEN_TO_BE_REPLACED

Fun, mysterious, and extremely beautiful, Cuba is a country that should be on the bucket list of every global traveler. The small islan...
END_OF_DOCUMENT_TOKEN_TO_BE_REPLACED

It’s hard to imagine that bustling Plano was once a small farming community. Now a vibrant city of family-fun and entertainment it's an...
END_OF_DOCUMENT_TOKEN_TO_BE_REPLACED