I took an Audi R8 for five laps around the world’s only race track specifically designed for exotic cars and I never felt more addicted to an adrenaline-filled adventure before. Exotics Racing at Auto Club Speedway is a bucket list must. Immediately after driving, I was considering how I could have gone faster and I wanted to improve my skills. Then, as if I wasn’t hyped up enough, I went on the hair-raising race car experience with a professional driving instructor. What a thrilling experience. 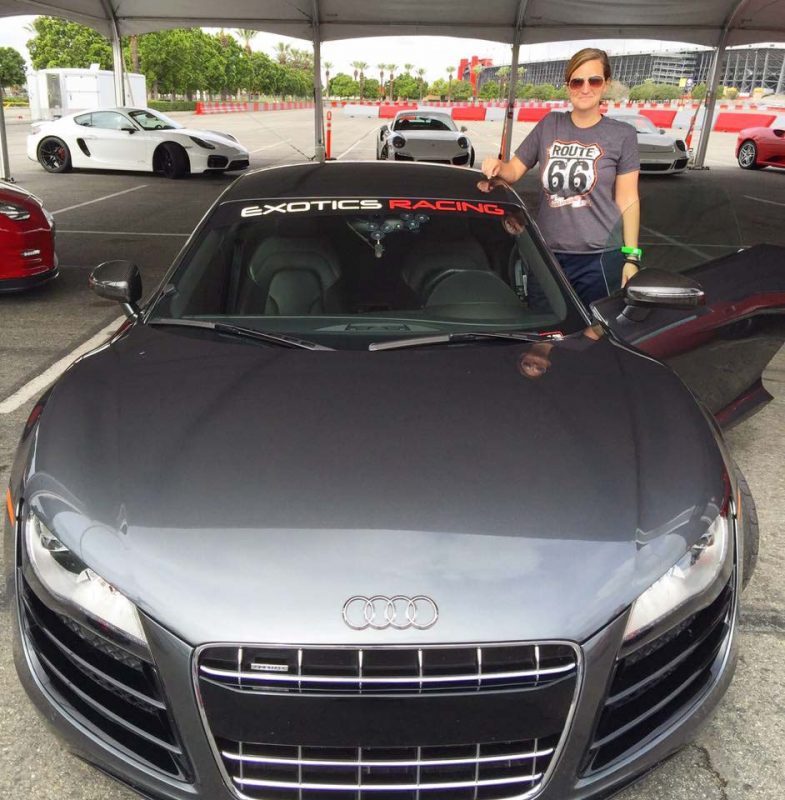 The Audi R8 body was designed for ultimate aerodynamics and downforce. It innocently urges you to push incrementally harder through each corner. It’s packing a V10 with 550 hp and top speeds of 196 mph. I could feel the power when I started it up. I wanted to take it wide open but I was on a track with eight turns and top speeds that vary between 110-130 mph. On the first lap, I didn’t get it over 90 mph. I headed toward the orange and green cones and tried to listen carefully for braking and gas instructions. I was too timid. I braked well before I was told and then accelerated too slowly when coming out of the turn. It wasn’t until the third lap that I reached triple digits and started to feel the groove of the course and then it was over after lap five. I felt like it was all a heart pumping, tire squealing haze. Instantly, I wanted to go again. I wanted to beat my time and improve my skills and hone in on the instructor’s voice for better understanding. I wanted to get it to 130 mph on the 1,600 foot straight away. My mind was full with ways to improve. 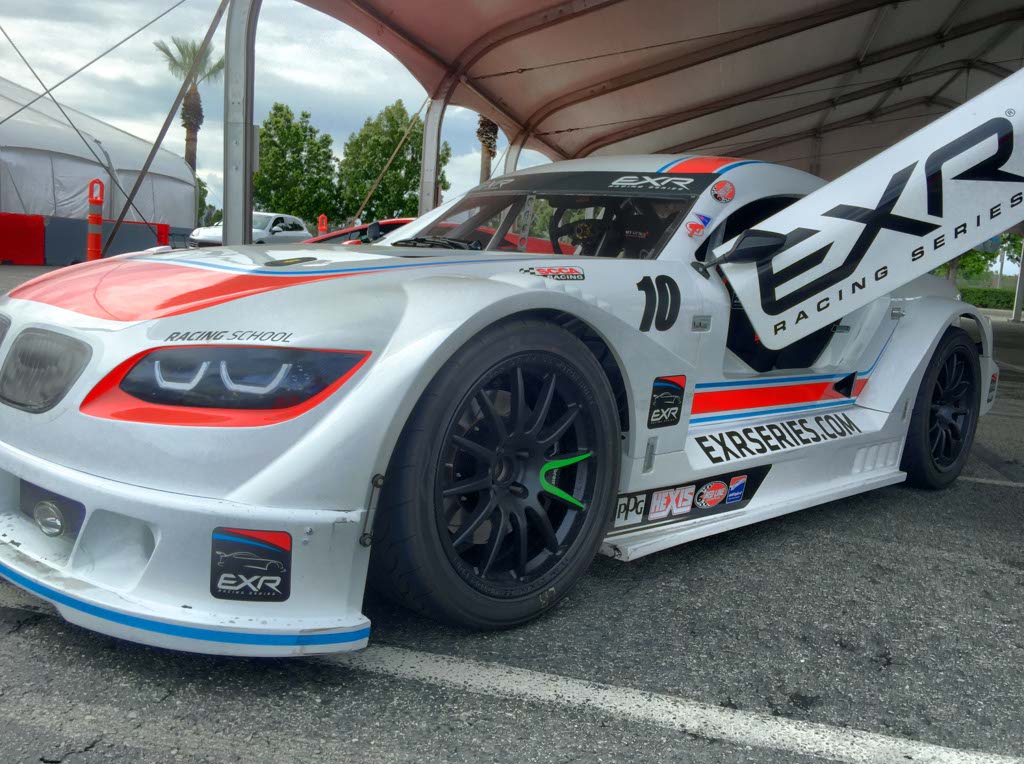 Only seconds after getting out of the Audi R8, I was in the passenger seat of a race car with a professional driver for the thrill of a lifetime. He took me for two laps around the track at racing speeds in the EXR LV02. It’s a lightweight, rear-wheel drive racing car that offers an experience that puts you on the edge of your seat and your comfort zone. Professional driver, Alexandre Premat, hopped into the driver’s seat and I was strapped into the passenger seat with a five point harness. We pulled onto the track and he floored it. As we approached the first turn, I thought there was zero chance we were going to make it around safely. He nailed the brakes and the tires screamed and we zipped around the corner and then another and he was over triple digits again before reaching the next turn. How did he get so good? How does he comfortably push the limits to such extremes? I was in love with the sport and in love with the driver’s skills. I yelled with delight as I held on to the roll bar. I hugged him and smile with admiration when the ride was over. 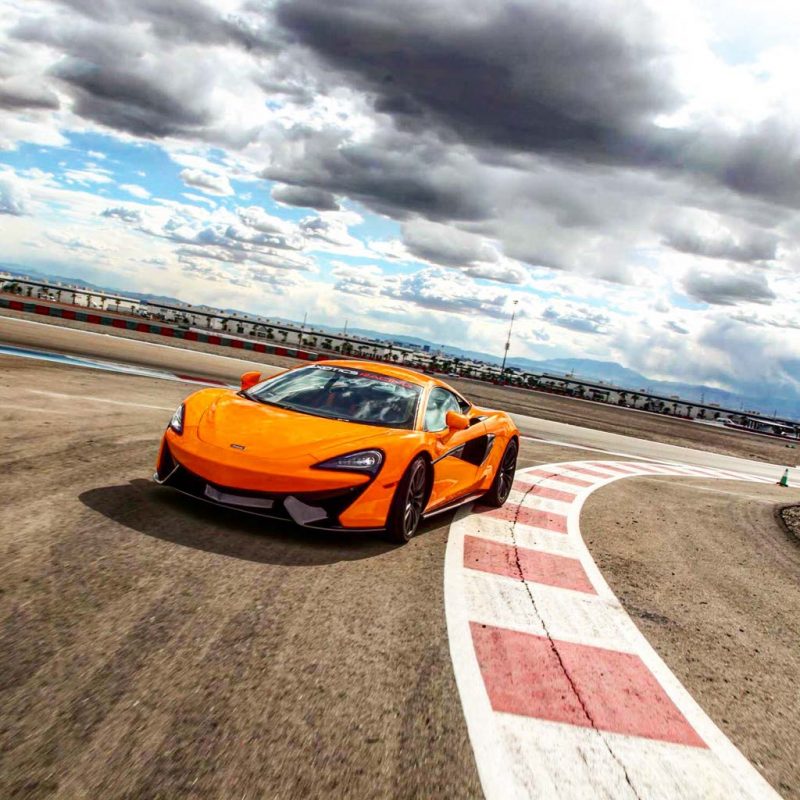 I only drove one car during my Exotics Racing at Auto Club Speedway experience but there were a dozen other choices including a brand new McLaren 570S, Ferrari, Porsche, Aston Martin, Mercedes, and Lamborghini options, and GT-R. I want to get my hands on that McLaren. Nothing says exotic supercar like the twin-turbo 3.7L V8 of the McLaren 570S.  Unlike many extreme adventures that I’m happy with experiencing once, I’m already planning my next Exotics Racing experience.

According to a CNBC report, there is a new “sense of urgency” in travel after the COVID-19 pandemic. The survey of 12,000 travelers fro...
END_OF_DOCUMENT_TOKEN_TO_BE_REPLACED

Many people working in diverse industries usually partake in business travel since it’s essential for them to interact with colleagues,...
END_OF_DOCUMENT_TOKEN_TO_BE_REPLACED

Weekend getaways should be the easiest of all to pack for, right? After all, you know where you're going, what you'll be doing, and wha...
END_OF_DOCUMENT_TOKEN_TO_BE_REPLACED

On a recent Royal Caribbean cruise, I encountered countless parallels between game development and travel activities and professions. F...
END_OF_DOCUMENT_TOKEN_TO_BE_REPLACED

Recently, Saudi Arabia restored direct flights to Thailand after 32 years. Do you know the history behind the cold relationship between...
END_OF_DOCUMENT_TOKEN_TO_BE_REPLACED

The Palm Beaches are perfect for family travel. Whether you're interested in the beach as a natural playground or exploring the more wi...
END_OF_DOCUMENT_TOKEN_TO_BE_REPLACED

Flower tourism comes alive during the spring and summer. With so many different kinds of wild flora, it’s difficult to decide where bes...
END_OF_DOCUMENT_TOKEN_TO_BE_REPLACED

It’s easier than ever to take amazing photos of your travels so you always have those memories. Your phone is a high-quality camera, so...
END_OF_DOCUMENT_TOKEN_TO_BE_REPLACED

What cities are on your travel bucket list for 2021? When we think of travel, we think of climbing hills to watch the sunrise, cocktail...
END_OF_DOCUMENT_TOKEN_TO_BE_REPLACED

A digital nomad travels the world and works remotely. With the assistance of technology, nomads use the advancements and opportunities ...
END_OF_DOCUMENT_TOKEN_TO_BE_REPLACED

There are some trips where an extra large duffel bag is simply the best luggage option. You might be planning a mountain climbing exped...
END_OF_DOCUMENT_TOKEN_TO_BE_REPLACED

Fun, mysterious, and extremely beautiful, Cuba is a country that should be on the bucket list of every global traveler. The small islan...
END_OF_DOCUMENT_TOKEN_TO_BE_REPLACED