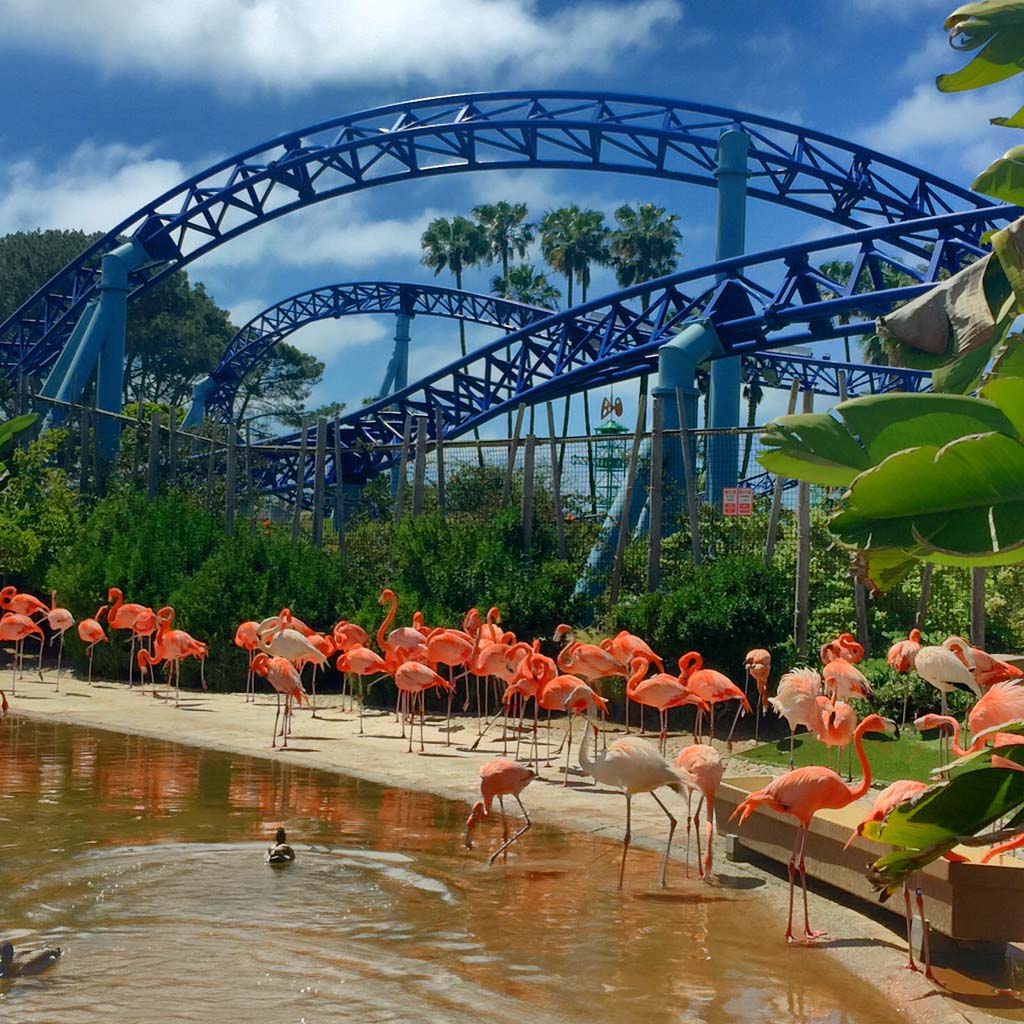 I have a million doubts and questions about SeaWorld San Diego. Is it right to have sea life in captivity, especially for our entertainment? Are SeaWorld Parks contributing to the well-being of mammals or simply making a profit? I recently visited SeaWorld San Diego and at times felt ashamed for supporting them by being there while other times I felt happy and excited to spend the day with Athena in a setting where she is learning something new and interacting with marine life. One thing is for certain – the guests at SeaWorld San Diego have dwindled and it will be a long road to recovery if it is even possible. When we walked into the park, we headed towards Sesame Street Bay of Play area. Athena loves the climbing area and rides like Elmo’s Flying Fish. We were the only people on the entire climbing structure. Athena enjoyed herself but missed the interaction with other children. That’s one of the main reasons we spend time in areas like this. I love climbing with her and I was happy to play with her for more than an hour but it’s not the same as meeting new friends and playing with other children. I enjoy some of the more adventurous rides like Manta and Journey to Atlantis. The lines were almost nonexistent so I went on Manta a few times, but the emptiness of the park took away from the excitement.

Most of the shows were closed and the theaters sat empty. It was like a ghost town. The smiles and joy on children’s faces had long been forgotten and the shadow of captured animals was looming over like a dark cloud. SeaWorld’s Rescue Team is on call 365 days a year. They have rescued more than 27,000 animals that were orphaned, ill, injured, or in need of expert care. Their goal is to successfully rehabilitate animals and return them to the wild. Animals that can’t survive in the wild are given lifelong care at SeaWorld. Is this enough though? SeaWorld did collect animals from the wild. The killer whales currently at SeaWorld will be the last generation of killer whales at SeaWorld but is this because of the attempted survival of SeaWorld or because they care about the whales? Is it simply because the government and patrons have spoken or because SeaWorld truly cares? Will this be enough to keep SeaWorld San Diego open? As we roamed the empty park I didn’t feel hopeful. Have you visited SeaWorld San Diego lately? Do you envision a world without animals in captivity? Do you think that SeaWorld is doing good for marine life? I hope that they survive and find a way to preserve wild life without endangering what they are trying to protect. I would love for Athena to have the opportunity to continue interacting with marine life in an educational way that doesn’t harm the animals. Will it be at SeaWorld? I don’t know.