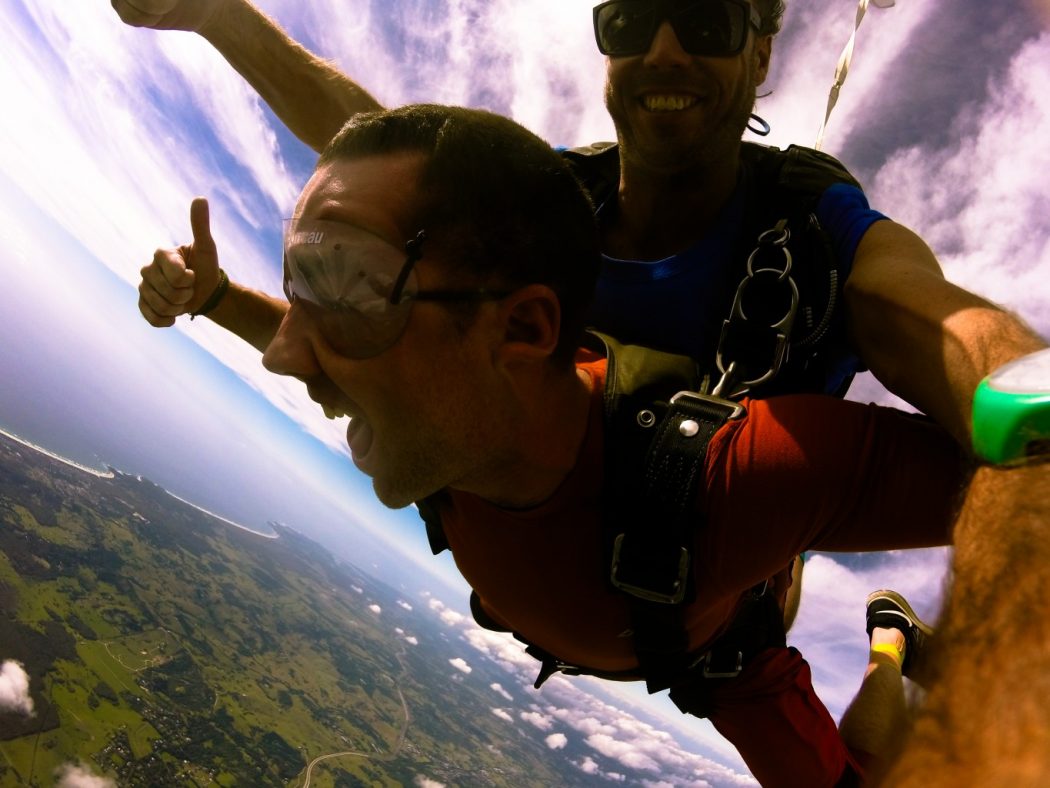 My typical idea of adventure is something like climbing a mountain, hiking into a jungle, or sailing to a deserted island. It’s about the journey and for a while I have kind of associated a ‘good’ adventure with something that takes time and patience to achieve. Man, was I wrong! I just landed safely back on Earth after the team at Skydive Australia hurled me out of an airplane 14,000 feet above the stunning coastline and hinterland of one of Australia’s national treasures, Byron Bay. The whole experience felt like it only took a matter of seconds, but I’m told it’s been almost thirty minutes since I waved goodbye to my friends on the runway – still a skydiving virgin. 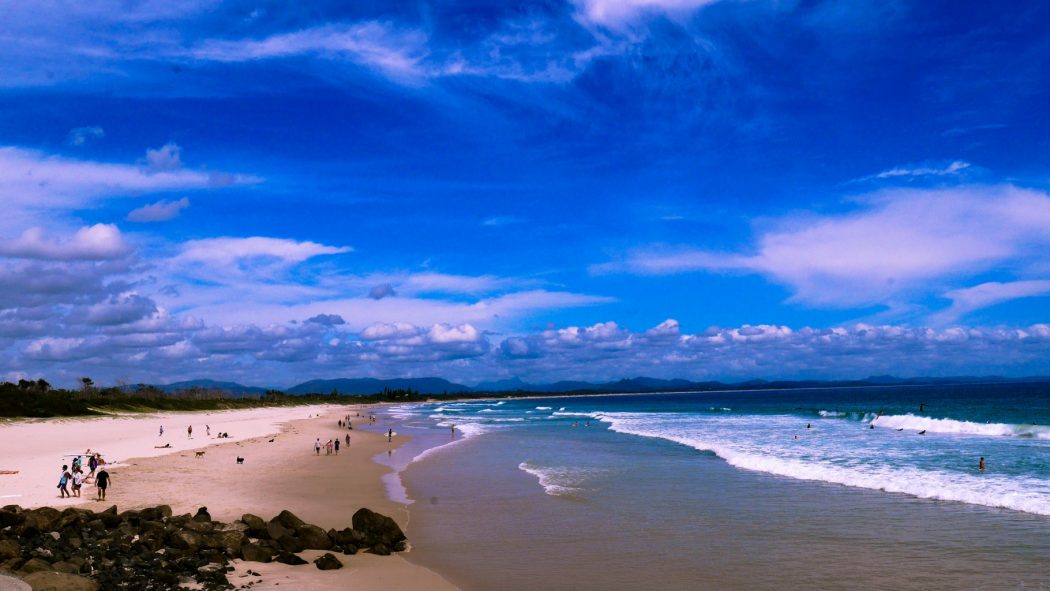 Contrary to my former beliefs, skydiving, though quick, is undoubtedly an adventure. There is planning, courage, nerves, adrenaline, uncertainty, and a deep satisfaction after the fact. All the ingredients are there. Skydiving is like taking all the elements of a more traditional adventure and condensing it down to one thirty minute experience – I guess that’s why they call it a rush.

I’ll admit skydiving scares me, and I think that’s a good thing. At the very least, it seems healthy to have some sort of aversion to jumping out of airplanes thousands of feet in the sky. So, it was odd that in the early hours of the morning, before the jump, I didn’t feel nervous. A big part of the reason I wanted to jump was because I like doing things that scare me. Facing fears forces you to grow. Now, I just felt ready. Maybe all that facing your fears stuff is finally starting to pay off. 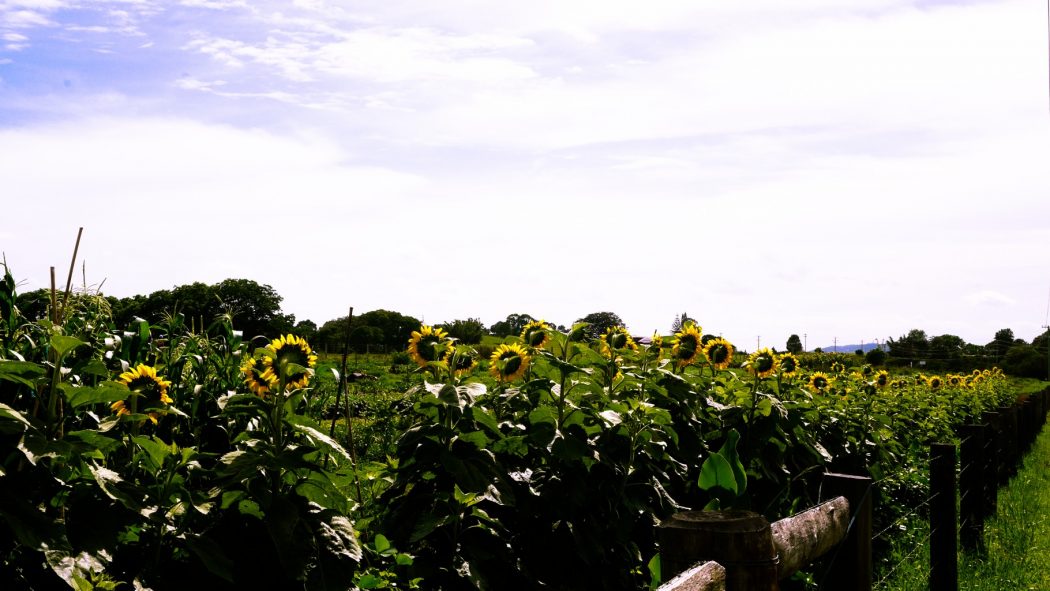 On arrival, I was greeted by the staff at Skydive Australia’s Byron Bay location and they couldn’t have been more hospitable. Everyone was beaming with enthusiasm. You could tell they were passionate about what they do.  It wasn’t long before I was all kitted up and briefed on the proper procedure for my tandem jump.

They say the scariest part is the plane ride up, and thirty seconds after take-off, was right about the time the unusual bout of calmness I was feeling started to disappear. You have no frame of reference for how high 14,000 ft is. You don’t know how the ground is a supposed to look or how many layers of cloud you need to go through before you reach your vertical destination. All the time that you are climbing, it becomes increasingly more apparent that eventually you will reach that destination and there’s only one way back to the ground. 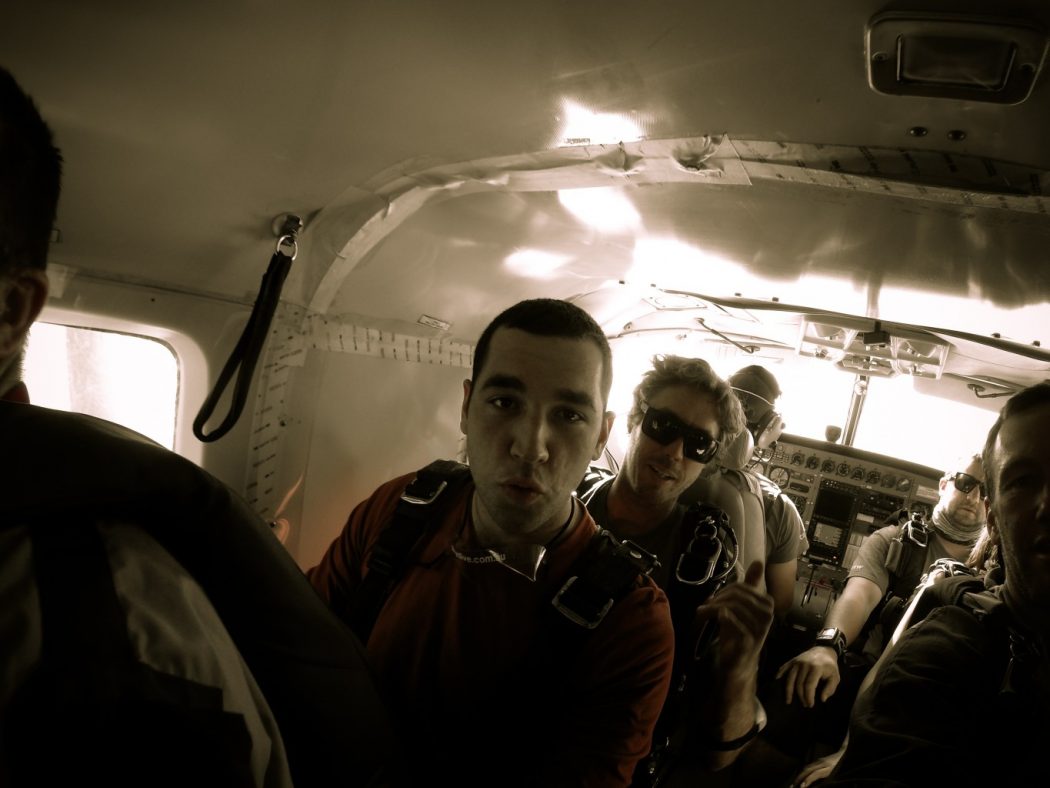 The pilot raised his thumb in the air as we hit the drop zone. The first solo diver pulled the plastic door separating us from, for want of a better word, the sky. My first memory is that of sheer terror, a sinking feeling in my stomach that comes from sudden changes in altitude and then, strangely, relief. After about three seconds of free fall, you realise that there literally is no turning back. You’re rapidly approaching the ground below, and on a tandem dive everything is now out of your control. Thankfully I had my pilot Matt, with 8,200 jumps under his belt, making sure I landed safely.

You’re rocketing through the sky, a human missile and there’s really not much left to do, other than enjoy it. 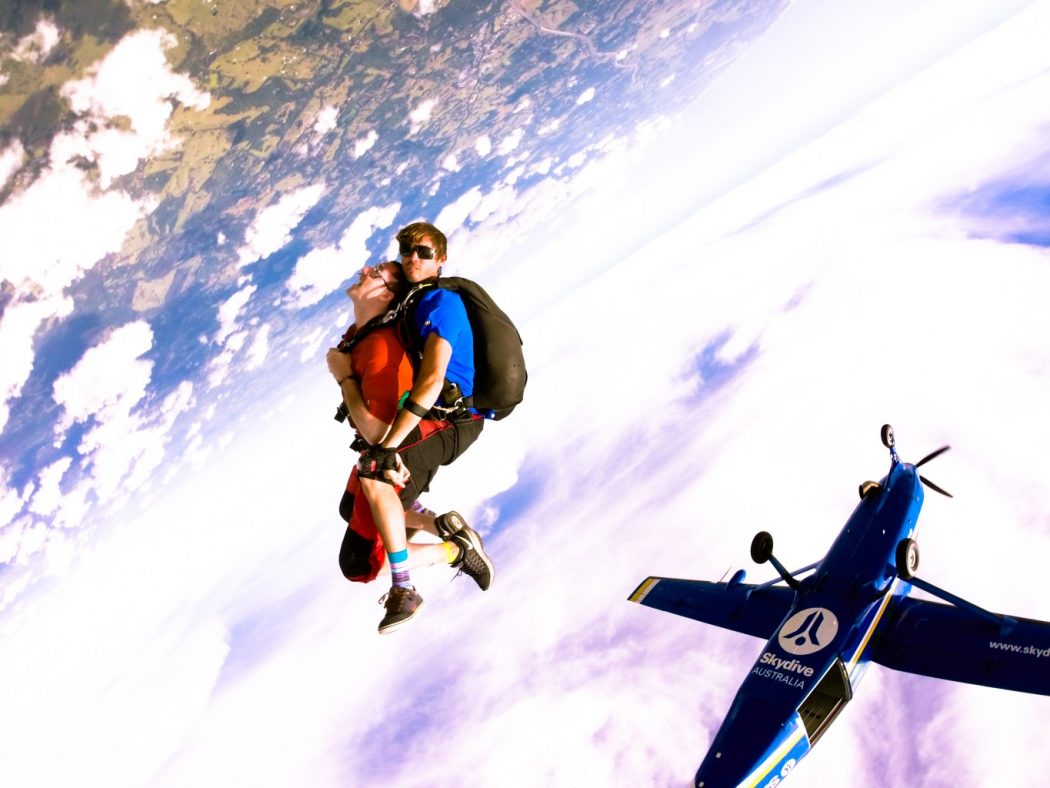 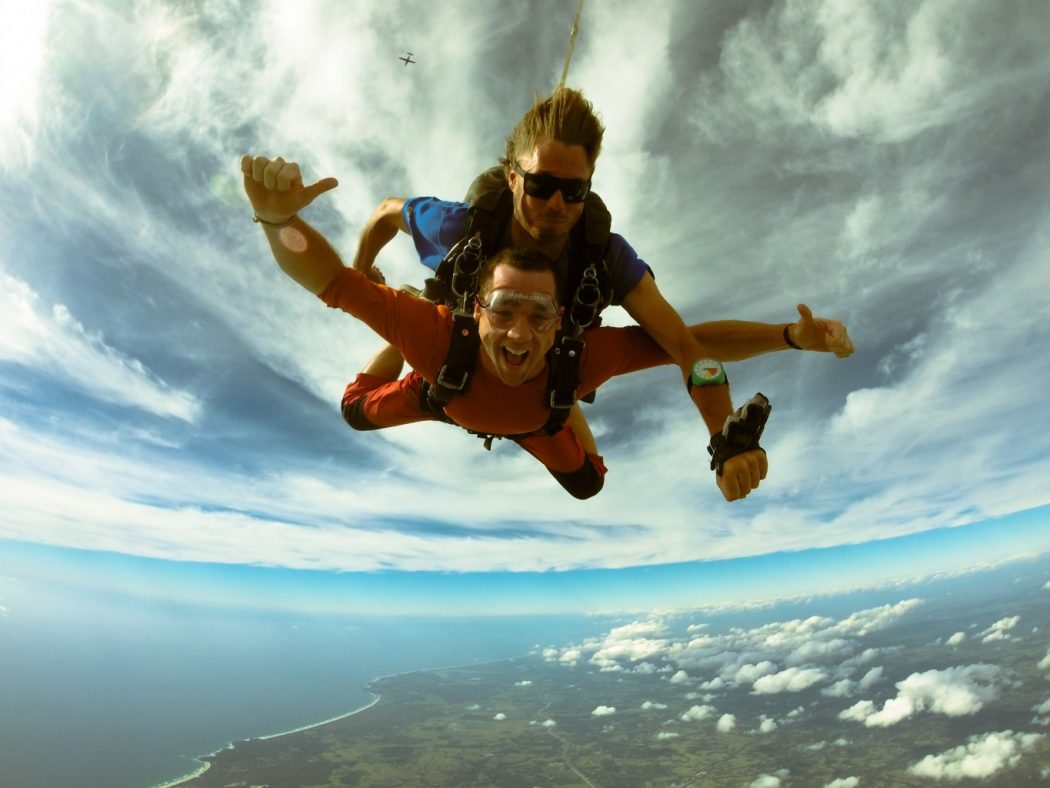 It’s almost meditative giving up control in a situation like that. For those brief seconds of free fall, life is simple. There’s only one thing in the whole world you need to worry about, when to pull that shoot. It happens so seamlessly; one moment you are spinning and tumbling through the sky, then all of a sudden, a comparatively gentle tug and you’re floating above the Earth. All the beauty of the Byron Bay coast comes flooding back into focus. I could have stayed up there for hours, taking in the breathtaking views of some of the best beaches in world, but eventually my feet did safely touch the ground, again. 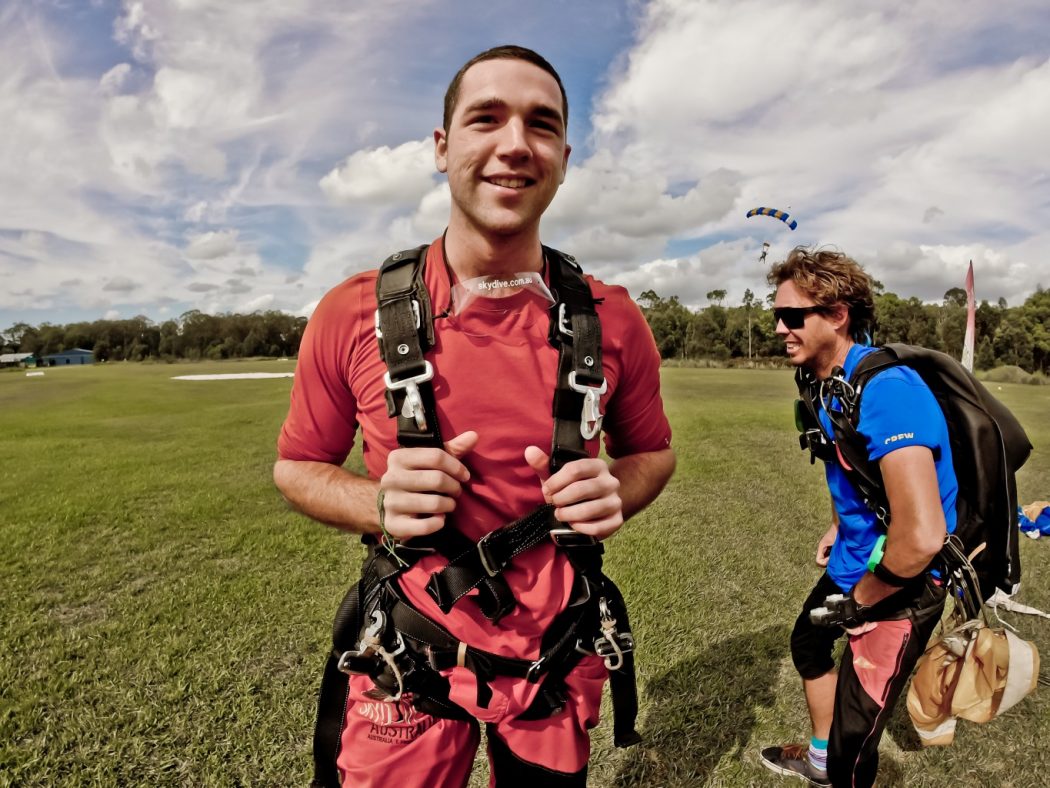 Lying on the grass, I looked up fondly at the sky, as I finally started to process the incredible adventure I had just experienced. I’m hooked. I can’t wait to throw myself out of a plane again and as soon as possible. I don’t think I’ll ever get over that feeling. Speaking to Matt after the jump, he told me that there is an entire worldwide community devoted to that feeling. It’s an extravagant thing to do and experience, and it fills you full of awe and wonder to think it can even be done. 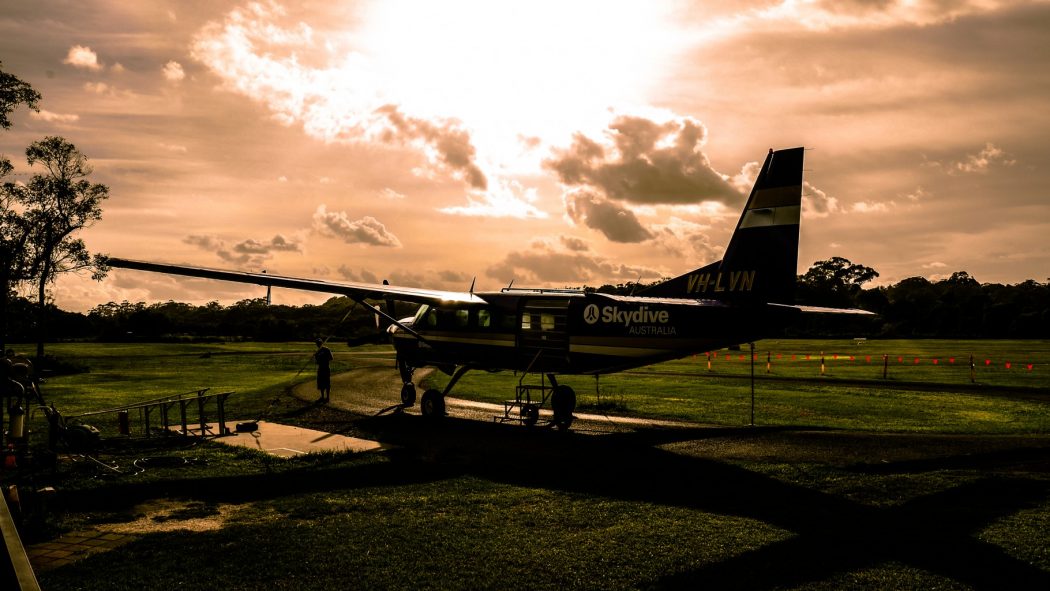 Coming from a person who suffers from a fear of heights, you can trust me in saying that no matter what fears you may have, skydiving is something you need to cross of your bucket list. If you are in Australia, I can’t recommend the Skydive Australia team enough. They have locations all over the country, but I think it would be hard to beat the views and the staff at their Byron Bay location. They are even offering readers, AUD$30 off jumps across all of their locations in Australia if you enter the code word BUCKET on online bookings. You can check out their website here. 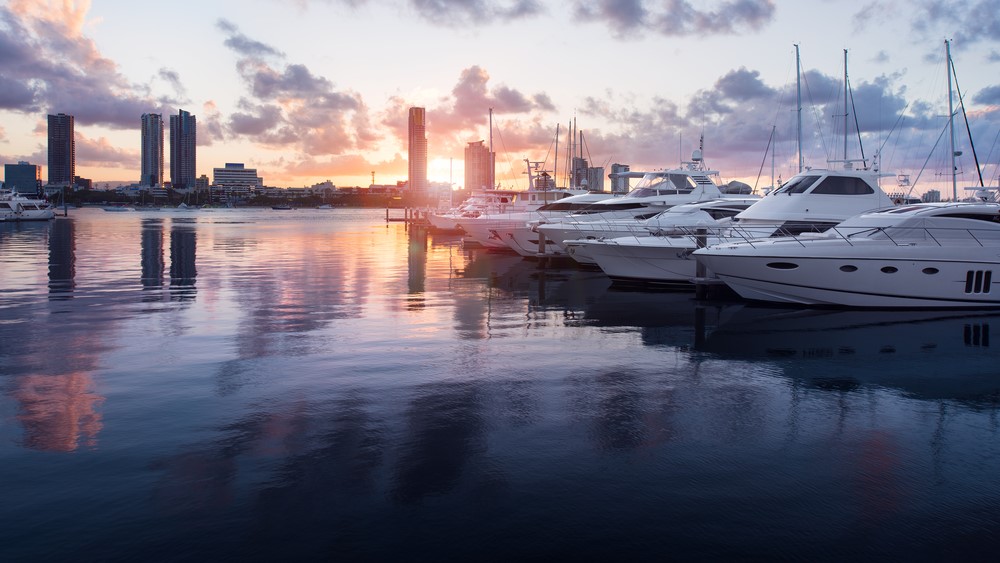 What To Do On A Yacht Charter In Australia 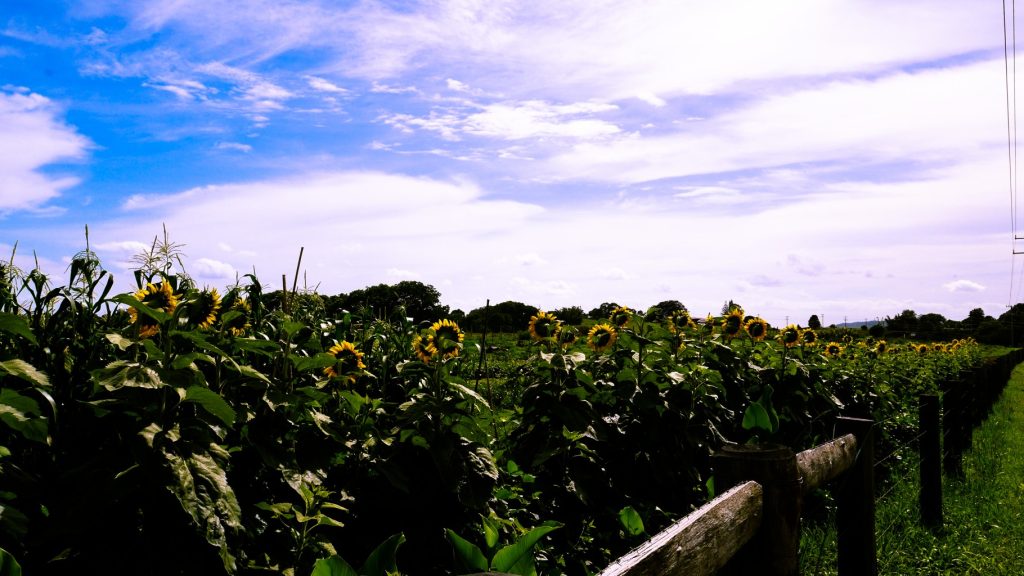 Australia is an incredible country that’s on everyone's bucket list, but it can be pretty expensive. It’s a large place and if you want...
END_OF_DOCUMENT_TOKEN_TO_BE_REPLACED 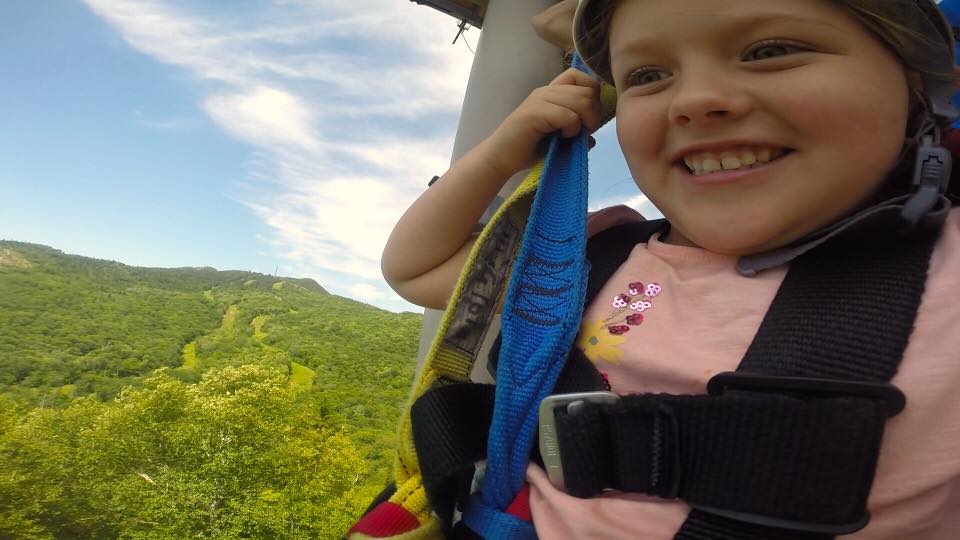 Some adventure tours claim to be for all ages and it's really not true but we put Ziptrek Ecotours Tremblant to the test. We covered ag...
END_OF_DOCUMENT_TOKEN_TO_BE_REPLACED 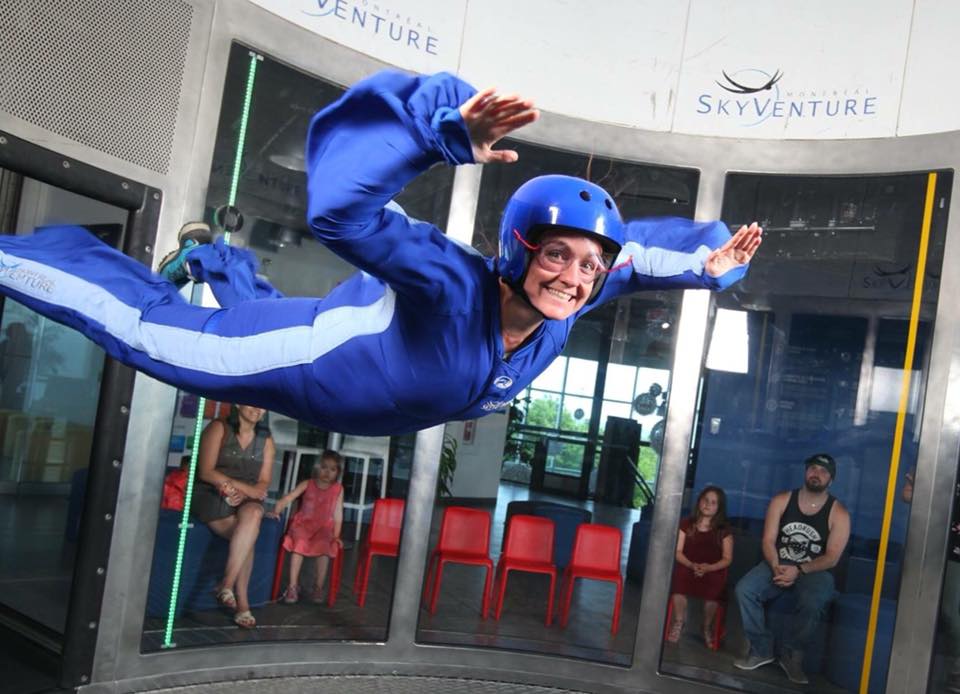 Have you ever had a dream where you're flying and it feels so unobstructed, freeing, and beautiful? I've had that dream since I was a c...
END_OF_DOCUMENT_TOKEN_TO_BE_REPLACED 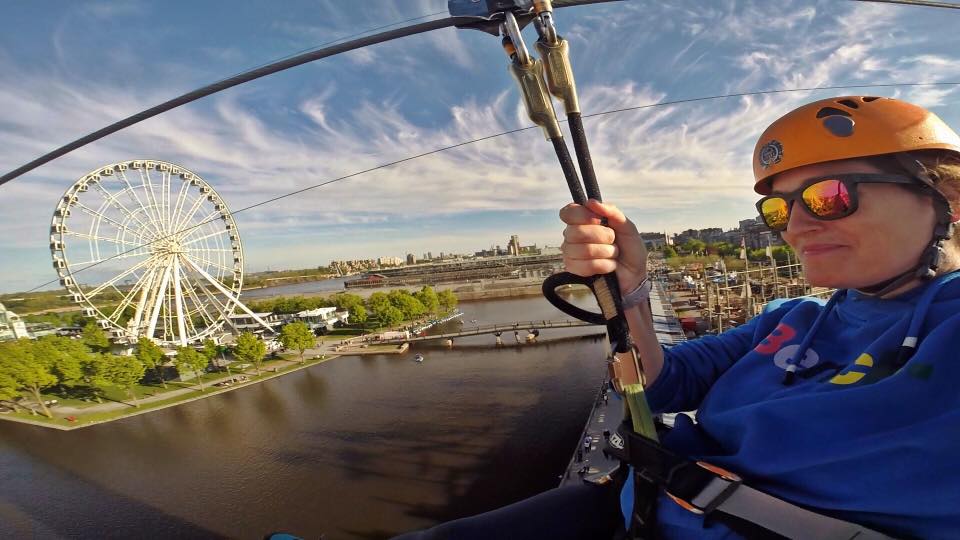 Since moving to Montreal, we've created quite an extensive Montreal bucket list for families including adventures, dining, museums, par...
END_OF_DOCUMENT_TOKEN_TO_BE_REPLACED 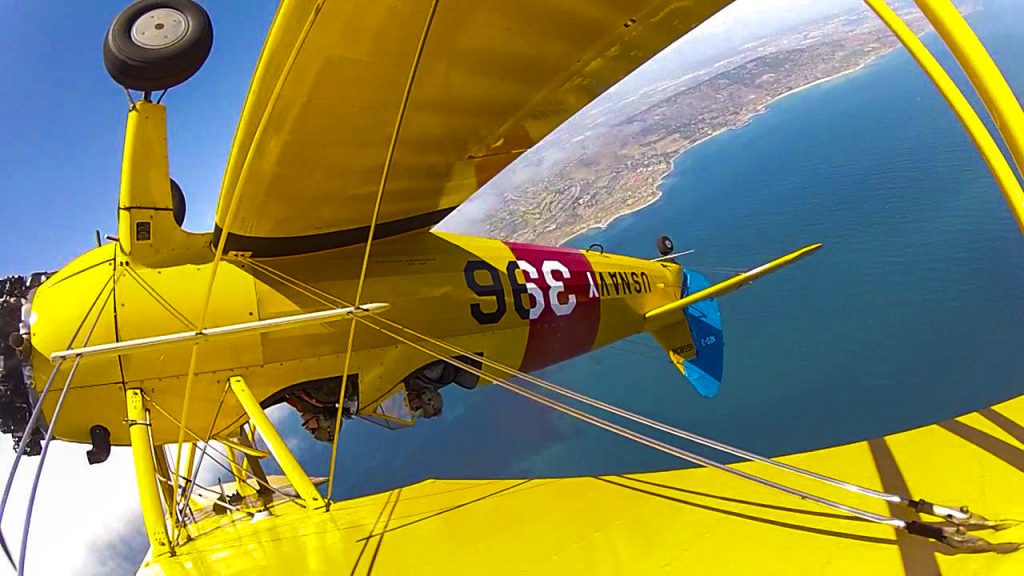 Now, it’s fair to say that any type of traveling is fun. Whether you’re just exploring the beaches of southern Europe or soaking up the...
END_OF_DOCUMENT_TOKEN_TO_BE_REPLACED 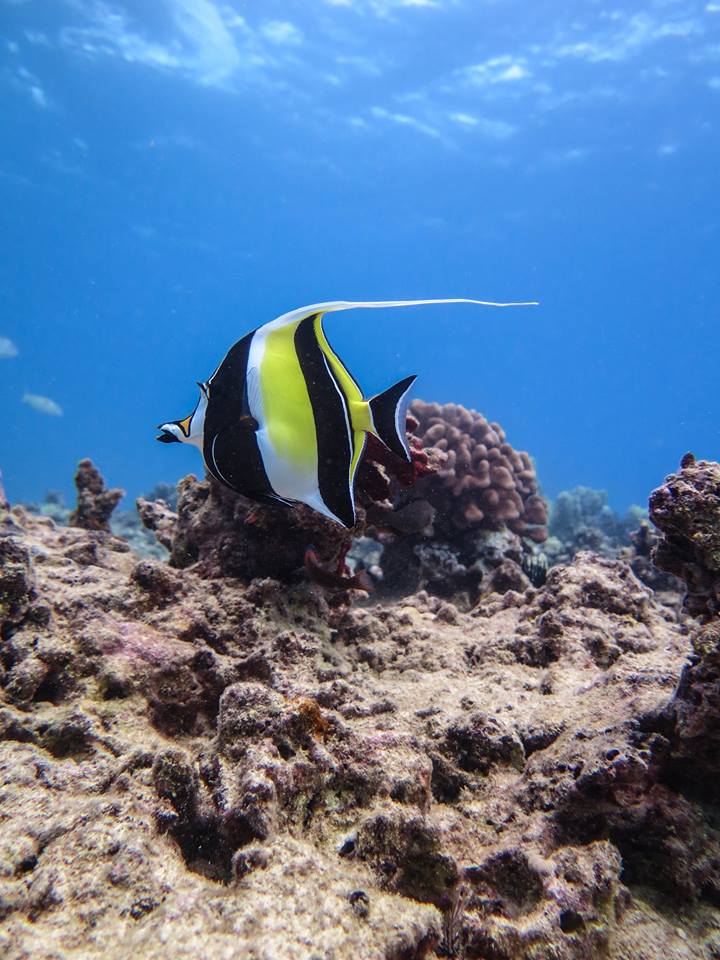 Many people visit Oahu for the world-class beaches, but there are some, like myself, that enjoy the beaches and the weather but visit f...
END_OF_DOCUMENT_TOKEN_TO_BE_REPLACED

It's no secret that I prefer experience gifts over material things but it can be difficult to find the greatest adventures and possibil...
END_OF_DOCUMENT_TOKEN_TO_BE_REPLACED 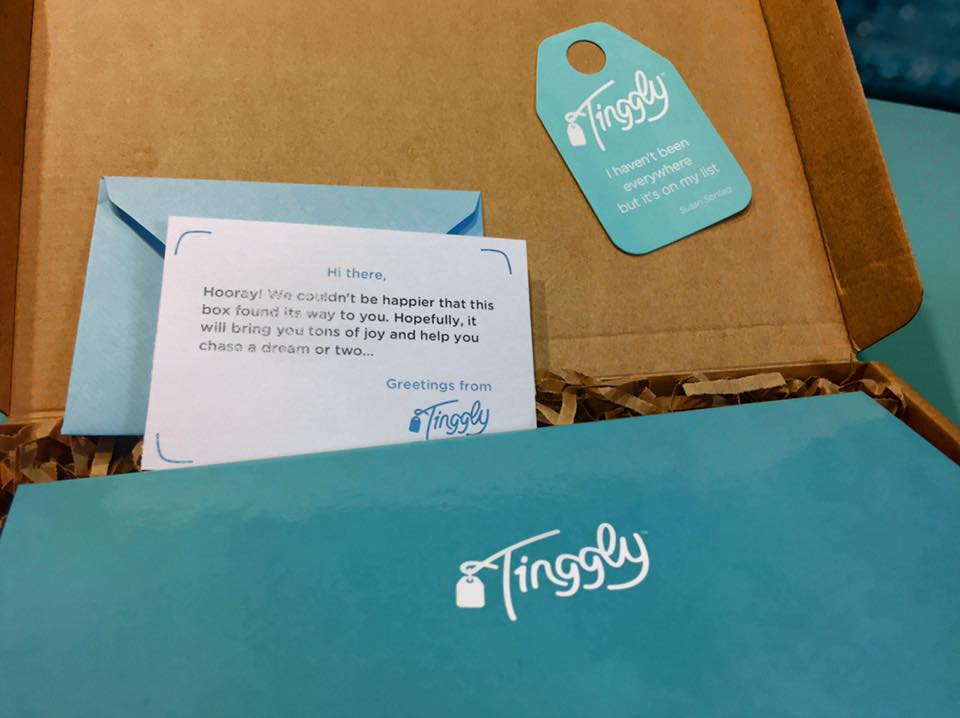 Let me make it simple for you. Are you having a hard time picking my Christmas gift this year? You shouldn't be thinking about things; ...
END_OF_DOCUMENT_TOKEN_TO_BE_REPLACED 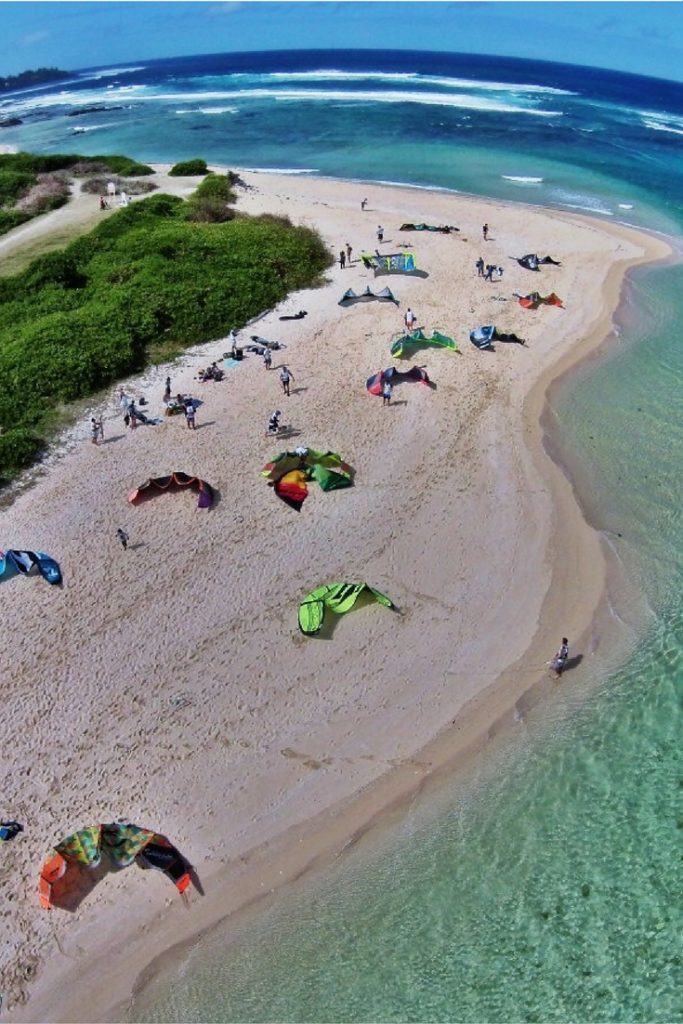 Most bucket list seekers are keen to discover more about vacation destinations beyond the resort. I'm always looking for adrenaline-fil...
END_OF_DOCUMENT_TOKEN_TO_BE_REPLACED

Calaveras County, California is an adventure lover’s wonderland. In only a few hours, you can go ziplining, rappelling, caving, hiking,...
END_OF_DOCUMENT_TOKEN_TO_BE_REPLACED 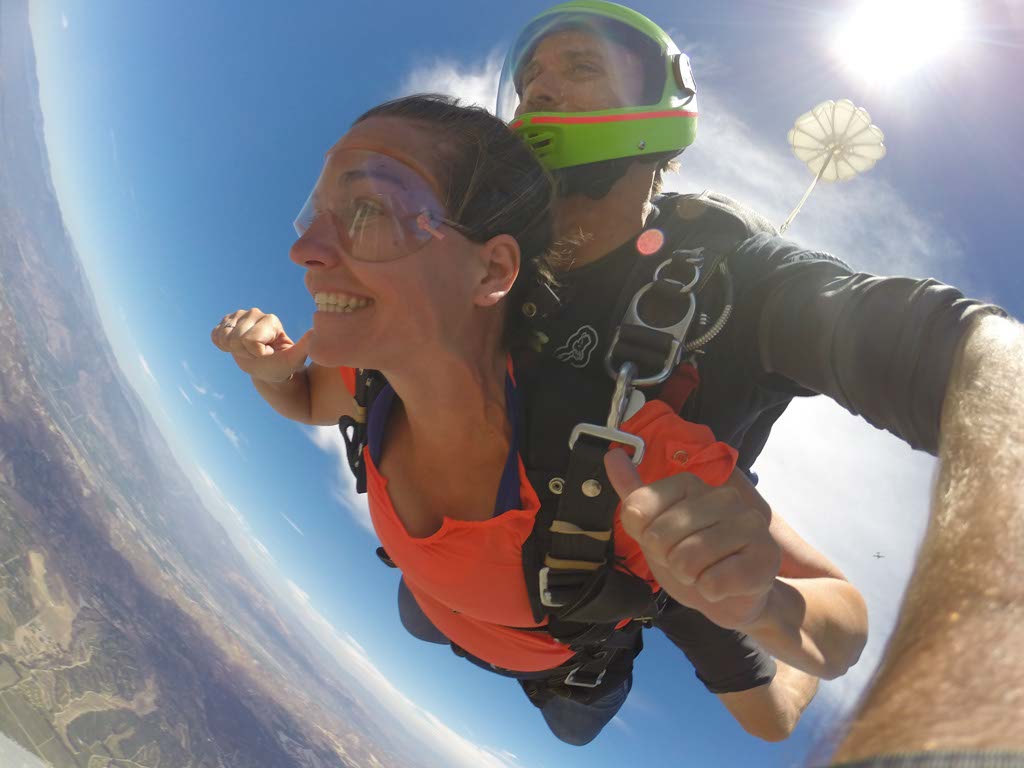 Southern California is the ultimate bucket list location. It offers endless opportunities to fulfill all of your dreams. Last weekend, ...
END_OF_DOCUMENT_TOKEN_TO_BE_REPLACED