Voted Beer City USA in national polls and named Best Beer Town and Best Beer Scene by USA Today, Grand Rapids is the perfect place for a beercation. Craft beer is big just about everywhere these days, but Grand Rapids takes pride in what’s now their area’s top export. From large-scale production breweries such as Founders to niche producers such as The Mitten and City Built Brewing, Grand Rapids couples a wide range of cuisines and beers to make the region attractive to beer-loving tourists. With so many choices, it can be difficult to decide which places to visit so we’ve come up with five Grand Rapids breweries that are a bucket list must. 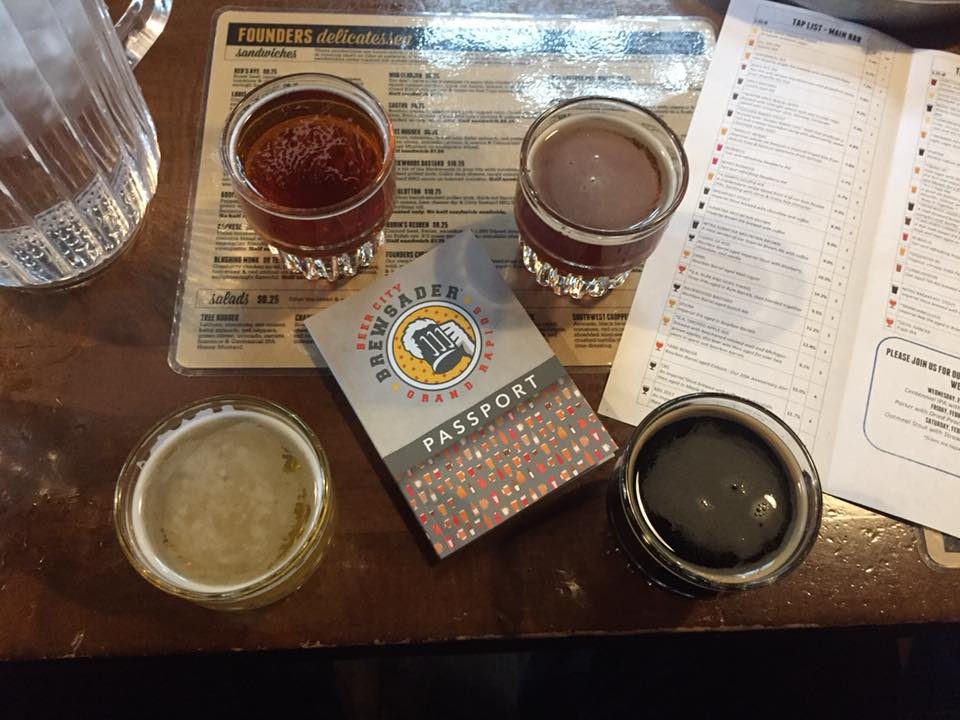 Named the third best brewery in the world, Founders is on the top of everyone’s Grand Rapids breweries bucket list. Founders Brewing Co. is home to the Kentucky Bourbon Stout, brewed with coffee and chocolate and aged in oak bourbon barrels for a year in a local mine under the city. Couple their world famous brews with live music, patio fire pits, a tasting room, and incredibly tasty food and you have a bucket list worthy brewery.

The Founders Family, a group of passionate beer enthusiasts, has grown around this simple philosophy: “We don’t brew beer for the masses. Instead, our beers are crafted for a chosen few, a small cadre of renegades and rebels who enjoy a beer that pushes the limits of what is commonly accepted as taste. In short, we make beer for people like us.” 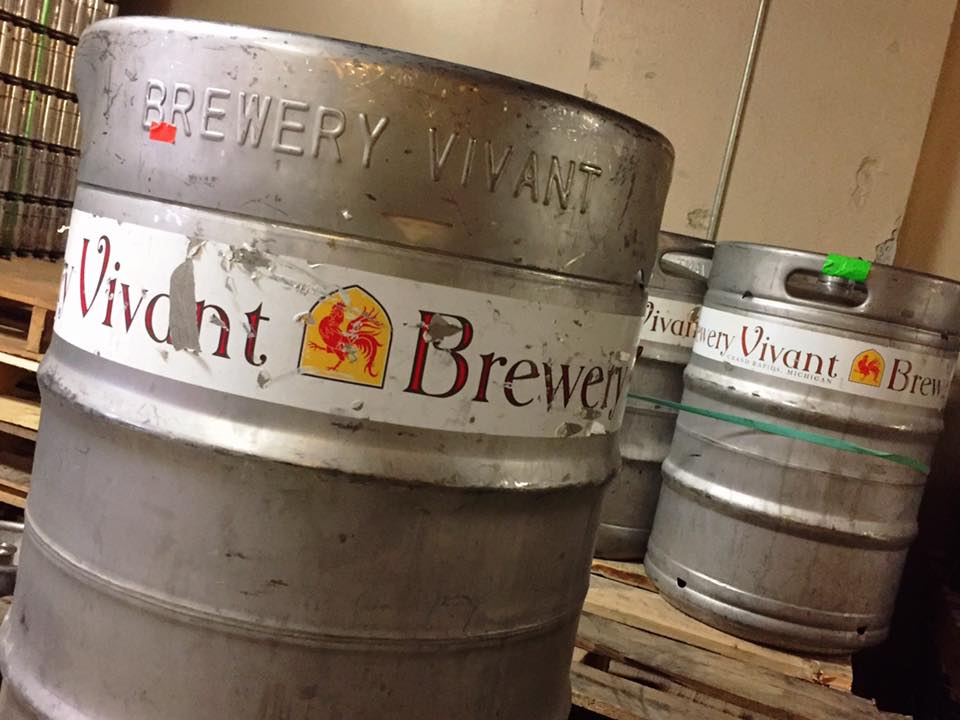 Located in what was formerly a funeral home, Brewery Vivant serves up an assortment of inspired brews and also features a “scratch” kitchen that transforms local ingredients into scrumptious dishes like duck nachos and poutine.

Brewery Vivant is the world’s first LEED certified microbrewery, meaning Leadership in Energy & Environmental Design in their building of the place. 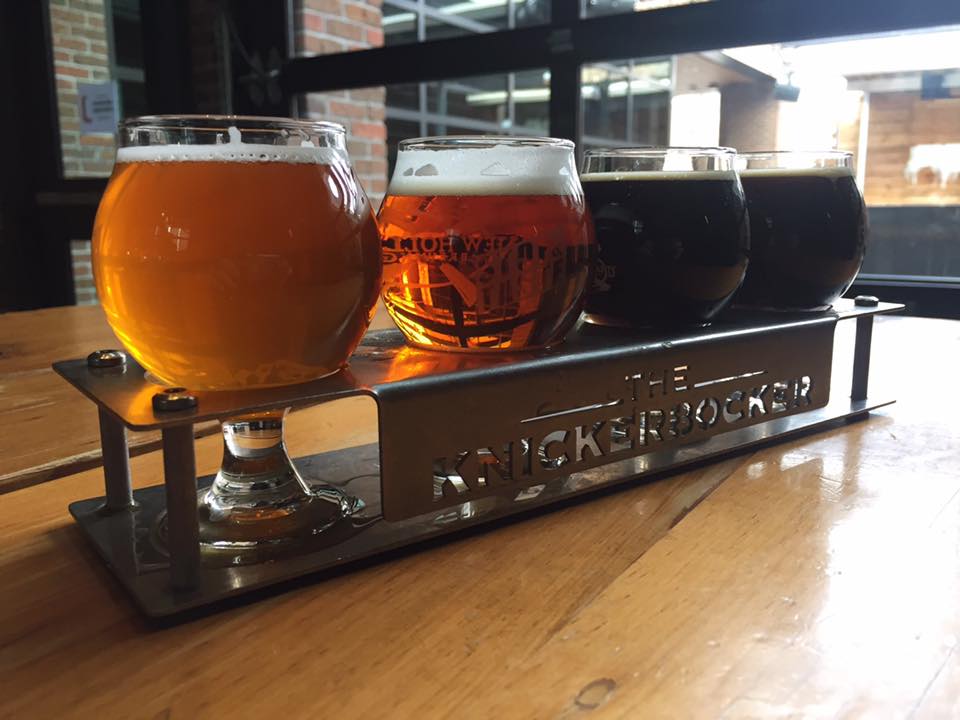 New Holland Brewing (The Knickerbocker) is the home of dragons. They are known for their Dragon’s Milk Stout.

Their Knickerbocker location is both massive and architecturally unique. Supplied by both a brewery and distillery, their main bar sports a super impressive array of taps and spirits, which means a number of “beer cocktails” are also on offer.

New Holland Brewing Co. sells its beer and spirits across 38 states and 4 countries. 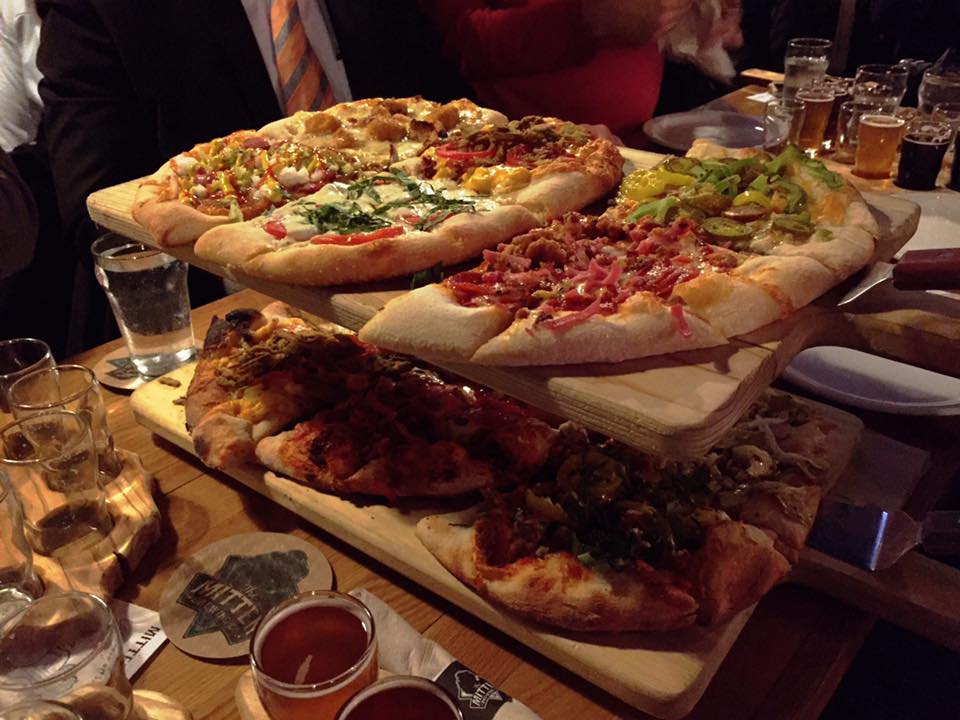 The Mitten Brewing Co. is a smaller brewery that packs up tight each day and night as locals and travelers seek out their amazing beers and delicious pizza flights. The brewery is located in a historic Victorian building restored from an old firehouse and even includes the original fireman’s pole.

The Mitten Brewing Company has grown considerably since opening in November 2012. With the addition of a second story taproom and bi-level outdoor decks, The Mitten expanded its seating capacity from 65 to more than 200. 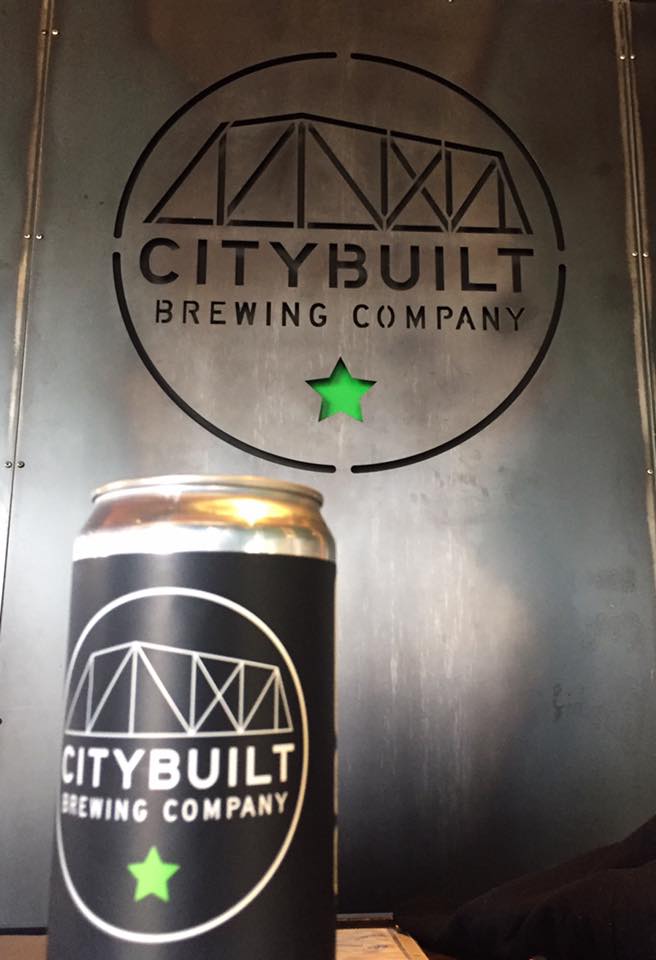 At City Built, their Puerto Rican cuisine pairs well with their excellent variety of brews. The owners met as neighbors and bonded many years ago over their mutual love of beer.

The 6,800 square foot building is a former furniture factory and seats approximately 138 guests. Their taproom is a place for conversation, ideas, new friends, old friends, and everything in between. 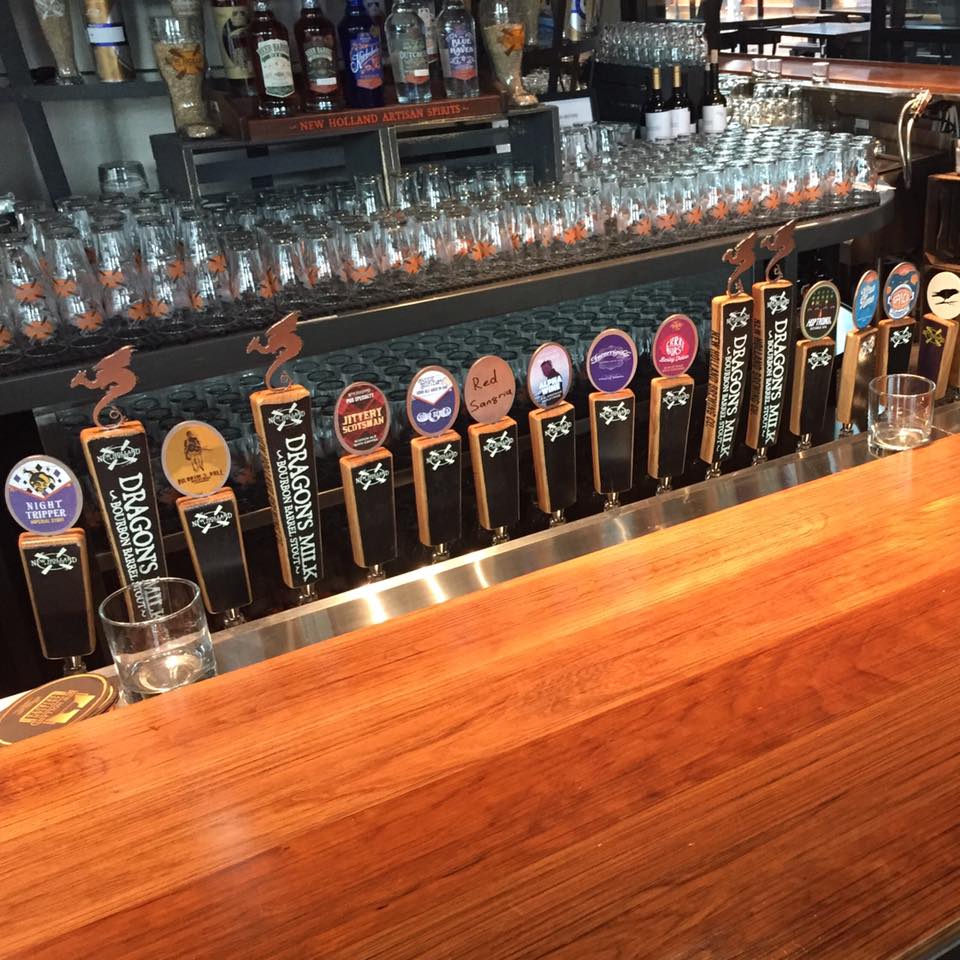 If you’d like to hear stories from our Grand Rapids beercation or find more options for your beer bucket list, check out Men Who Blog, featuring posts created based on firsthand experiences at Grand Rapids breweries.

Tags:
beer, Beer City USA, Grand Rapids, Michigan
Newer 6 Reasons You Should Arrange An Asia Travel Adventure
Back to list
Older What Are Your Options If You Never Want to Go Home