Why Formula Experiences Should Be On Your Bucket List

Do you dream of pushing speed limits, racing at 130 mph and experiencing g-force as you maneuver around the track? Formula Experiences puts you in the driver seat of Radical SR1 and SR3 cars and gives you the thrill of a lifetime yet it’s such a personal experience that you always feel comfortable and in control. There are very few experiences that give you such access and ability to such an extreme experience in just one day. I have my pilot’s license, my captain’s license, my motorcycle license, and I’m dive certified and they all took extensive training and time. With Formula Experiences, I was driving 130 miles around the track and developing my skills after only a morning of class. Come along for a ride-along and I’ll introduce you to Formula Experiences from my first-hand experience. 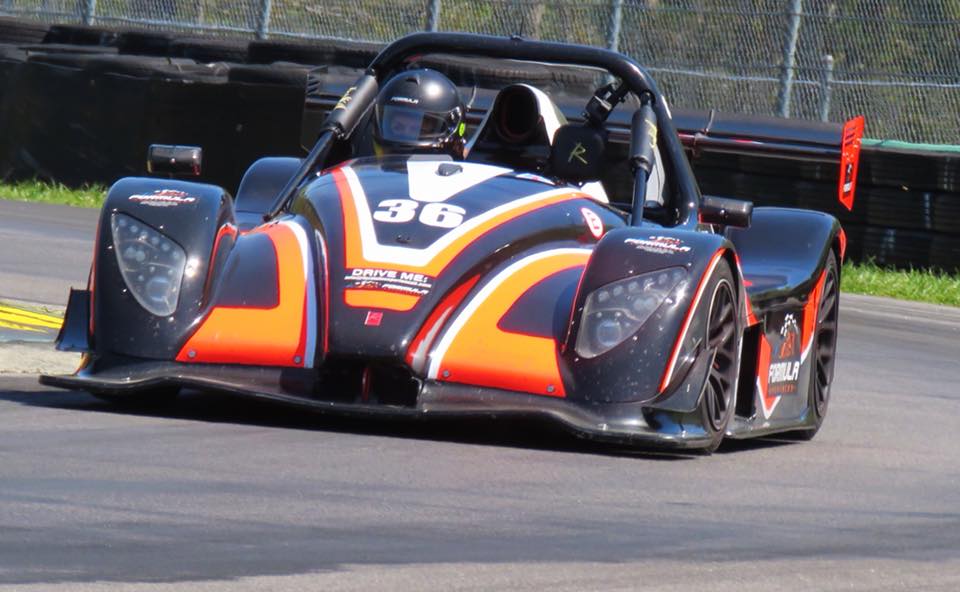 Just launched, Formula Experiences is the only racing experience set at a resort in the world. It’s a one-stop-shop for an action-packed getaway, offering adventure seekers high-speed ride-alongs and driving experiences in 2018 formula and prototype race cars. It’s hosted at VIRginia International Raceway & Resort, near the North Carolina/Virginia border, and puts people behind the wheel on one of the top six road courses in America. The property also boasts everything from onsite dining and accommodations, to shooting sports, karting, and relaxing spa services. 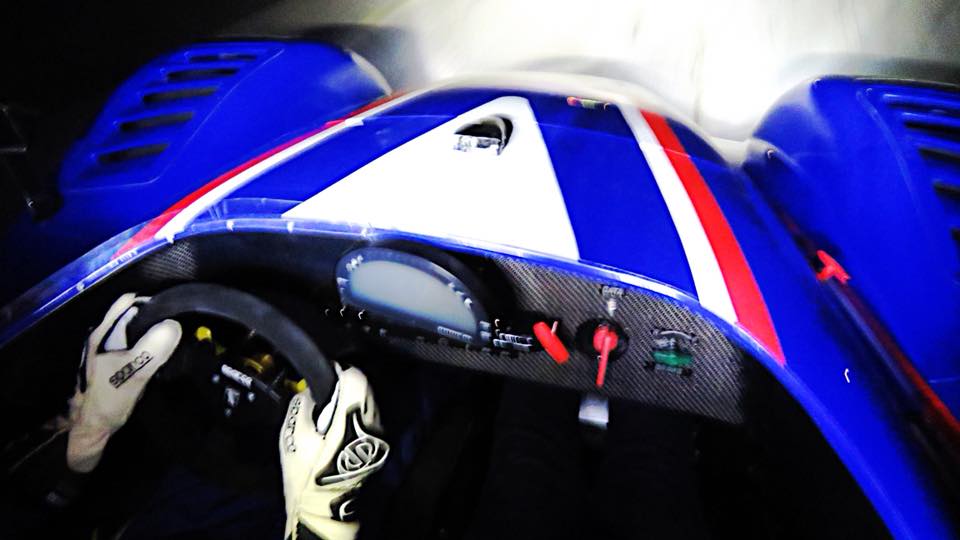 My first experience was a night ride-along on the track. It was pitch dark outside when I strapped into the car with the owner, Peter. He was confident like he’d done it a million times but I was nervous. It all seemed crazy. I couldn’t imagine racing on the track in the daylight but he was about to attempt it at night with me in the car.

The first turn was the most petrifying. When we came out of it and winded along the track, my adrenaline kicked in and I was screaming with excitement. I didn’t even realize it at first but it continued to burst out of me. With every increased tick of the speedometer, I was more and more thrilled. I wanted to stay in the car all night. My fears had subsided and all that was left was pure joy.

I slept soundly that night, excited about getting behind the wheel for myself. The Lodge is located at the track so I didn’t even need to leave the site to sleep.

We were at driver training at 7:30 am the next morning and my fears crept up again like a raccoon scurrying in the night searching for food. First came the waiver explaining your responsibility if you crashed the car. Then came the training, explaining how to handle the car and what to do if you loose control and go off the track. I could feel my heart rate quickening. The risks all started to pop up in my head like warning signs.

What the heck was I thinking? I can’t drive a race car!

Thankfully, Peter, was reassuring and supportive. He told us that we could set our own pace and we would fall into groups on the track with personalized coaching to guide us at a speed that pushed our limits while still staying within our abilities.

When the training ended, we were divided into two groups. Half the group were on the Pro Simulator Training and the other half the group headed to the track for the first behind-the-wheel experience. I was in the track group and I tried to shut off my panic mode and become like an intelligent robot, listening to instructions carefully but so focused on the training that there was no room for fear. Sometimes my robot mode gets me through the debilitating fight-or-flight stage that causes people to quit before they even begin. It worked enough to get me started on the track. 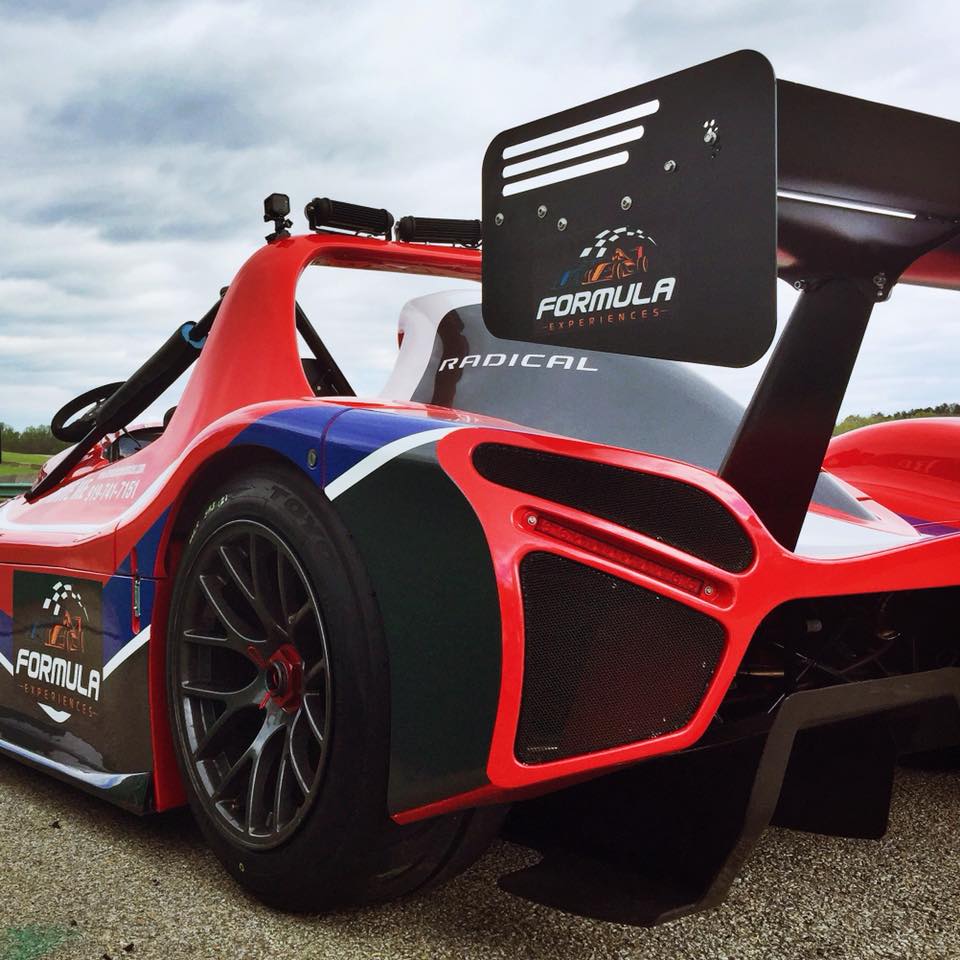 The cars were started when we arrived and we climbed in. I already had my suit and helmet and it was hot outside. When I climbed into the car, one of the instructors helped me with my seat belt and went over driving instructions. With the hum of the engine and the noise reduction from my helmet, I felt like everything was being told to me under water. I could hear but I wasn’t really processing everything as quickly as I would have liked. The panic crept up again and for a split second, I almost asked to get out of the car.

Instead, I thought of a distraction technique. I started to multiply numbers in my head by four. Four times four equals sixteen. Sixteen times four equals sixty-four. I started to calm down just in time for them to say it was time to go. Peter had already pulled ahead and was waiting for us to get started. Another professional driver was on the track as well. They would be our leads.

The car was in neural and I had to put it in first gear, slowly take my foot off the clutch, and pull away. Simple right? Nope. I stalled the car before even moving. Embarrassed, I tried to start it again but realized I didn’t know how to do it. An instructor walked over to my car and gave me more detailed instructions to get going. He didn’t laugh at me or make me feel more embarrassed. He was encouraging and acted like it was common. 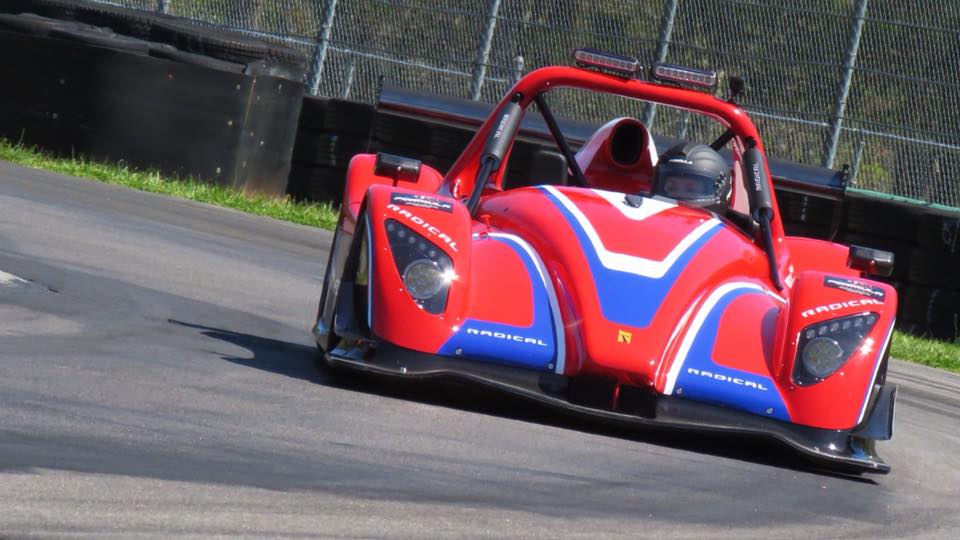 Finally, I pulled away. Heading towards the first turn, I was timid. I was definitely the slowest driver on the track. I did a full lap before I started to pick up the speed. One driver even passed me but I wasn’t forced to driver faster or pull off the track because I was going slow. The whole experience was custom to my comfort level.

After lap two, I felt confident in picking up the speed. I noticed Peter pass me and wave me in for a quick stop. He jumped out of his car and walked up to mine.

You’re doing great out there. I noticed you’re alone but driving much faster now. Do you want to follow behind me to go a little faster and have someone else set the pace? 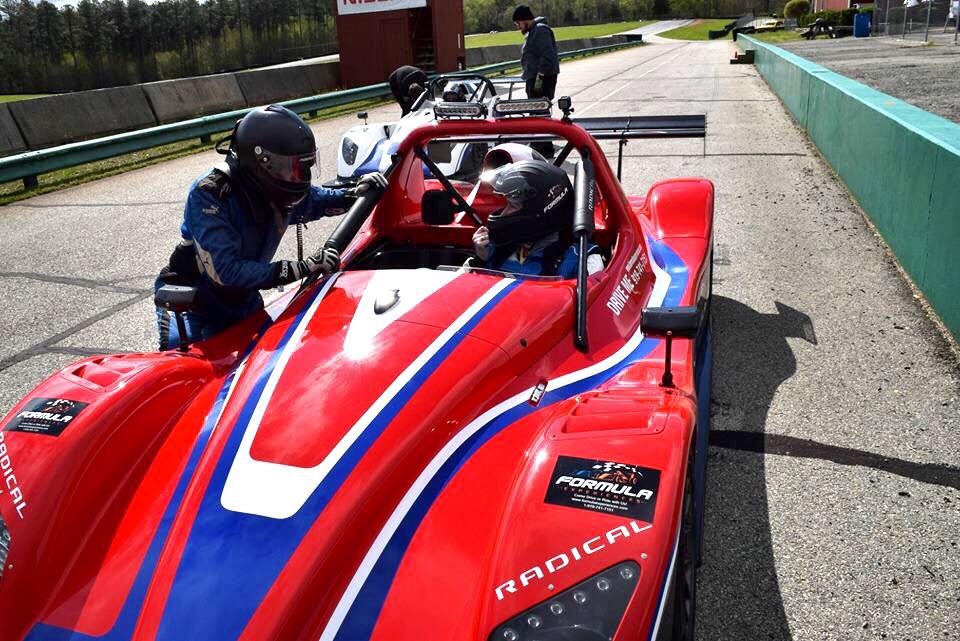 I welcomed the opportunity and followed his lead. Watching him set the pace gave me even more confidence. I worried about higher speeds in turns and maneuvering but as I watched him in front of me, I knew I could pick up the pace. I followed his line as well and in places where I may have cut it closer or wider, I watched how he did it and was able to increase my overall speed a lot. It built my confidence to the point where I felt good about my own decisions when he wasn’t in front of me. 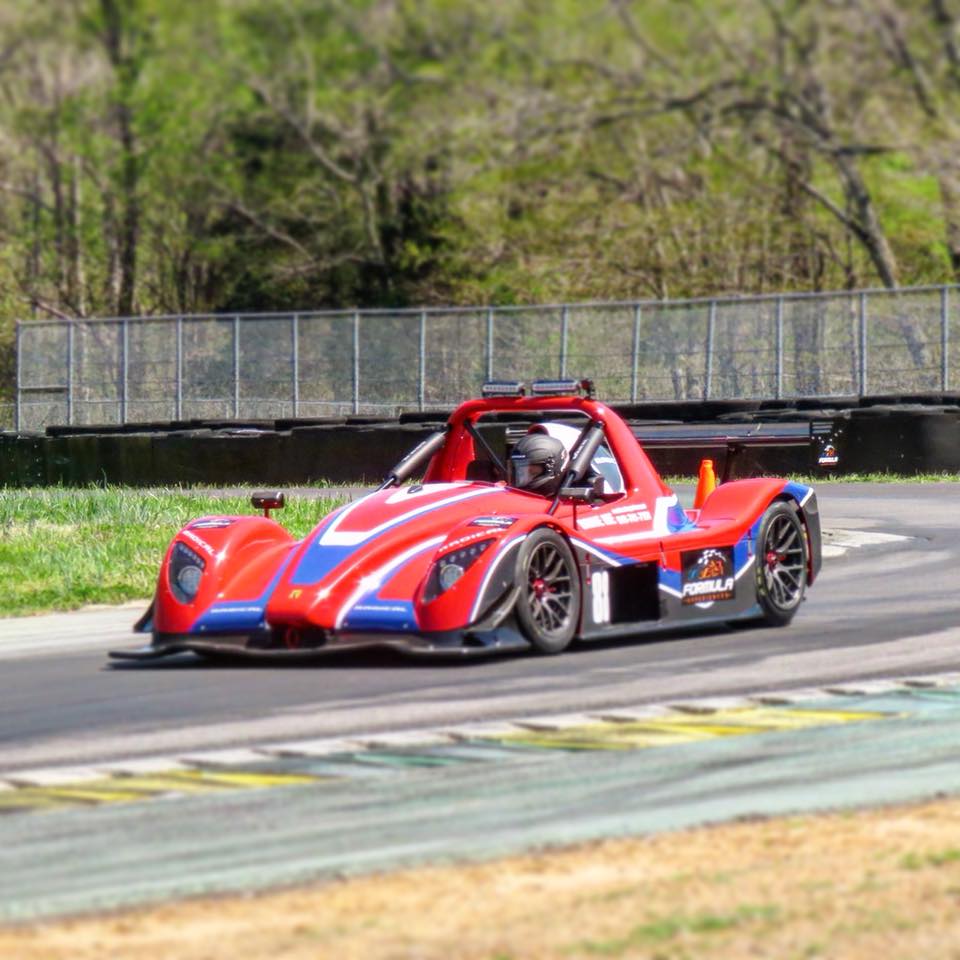 Every time around the track, I considered what I’d done before and how I could improve. I tried different things until it felt right and then I worked on something else. Unlike other, shorter driving experiences, I felt like I had the time to get over my nervousness and start to focus on increasing my abilities. It left me with a great sense of accomplishment and desire to continue driving.

Once our first round of laps was finished, we switched places with the other group and let them have time on the track. We could use the Pro Simulator while they were driving or hang out at the track and watch them.

I had some time with the simulator but wanted to be on the track as much as humanly possible. Even watching the other drivers was thrilling. 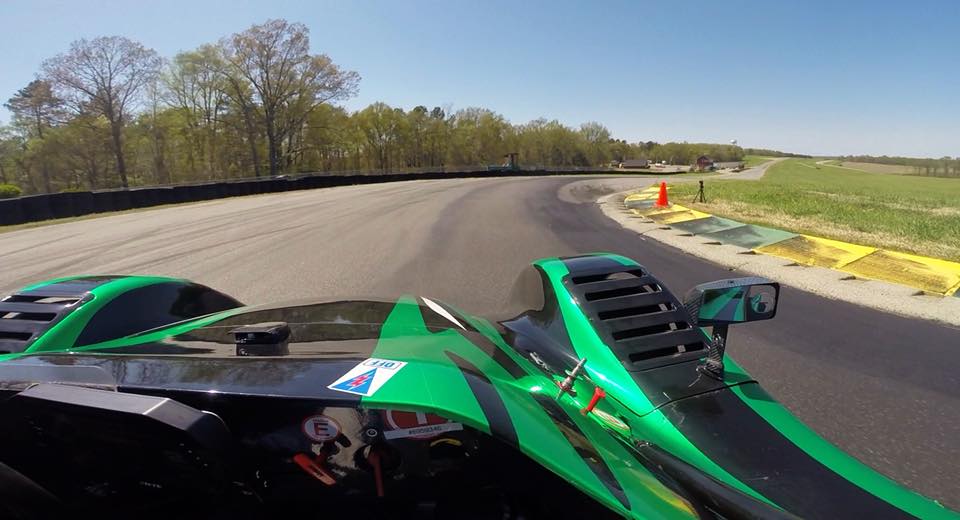 We had a second round of laps driving the cars for ourselves and finished the afternoon with a ride-along in an even faster car with Peter. I found myself screaming with excitement again when Peter zipped around the track at speeds that I thought were impossible. It was the ideal way to end the day. I was still getting the excitement of being in the car but I could give my mind a rest from the intense focus required to drive. 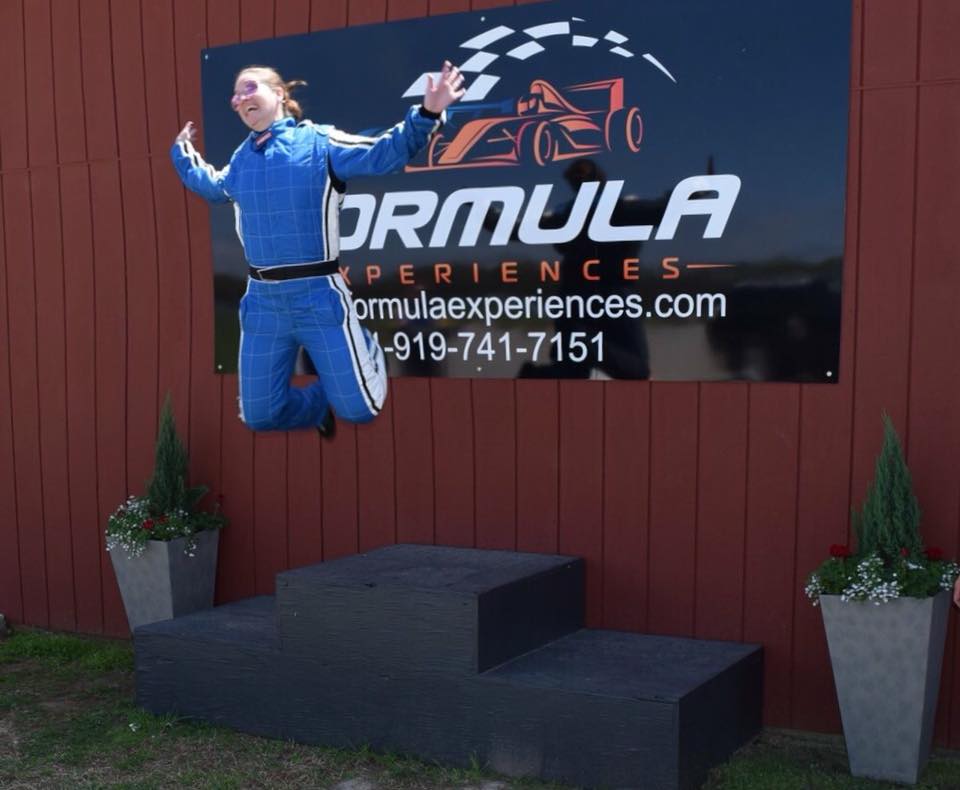 At the end of the day, we took some photos back at the shop before heading to dinner. As you can see, my energy wasn’t depleted. I was elated with my skill development and my intense driving experience.

It’s the people at Formula Experiences that transformed me from a timid, scared driver to someone willing to push the limits as far as I could. It’s the people that made me feel comfortable and confident, and made me want to continue to hone my skills. I almost got out of the car and missed this unbelievable opportunity but the staff at Formula Experiences not only kept me in the car but made me drive for more. I can’t wait until I can get behind the wheel again. You don’t have to be a professional driver to drive a race car. You don’t even need race car experience. Formula Experiences creates a driver experience that matches your skill and desire. 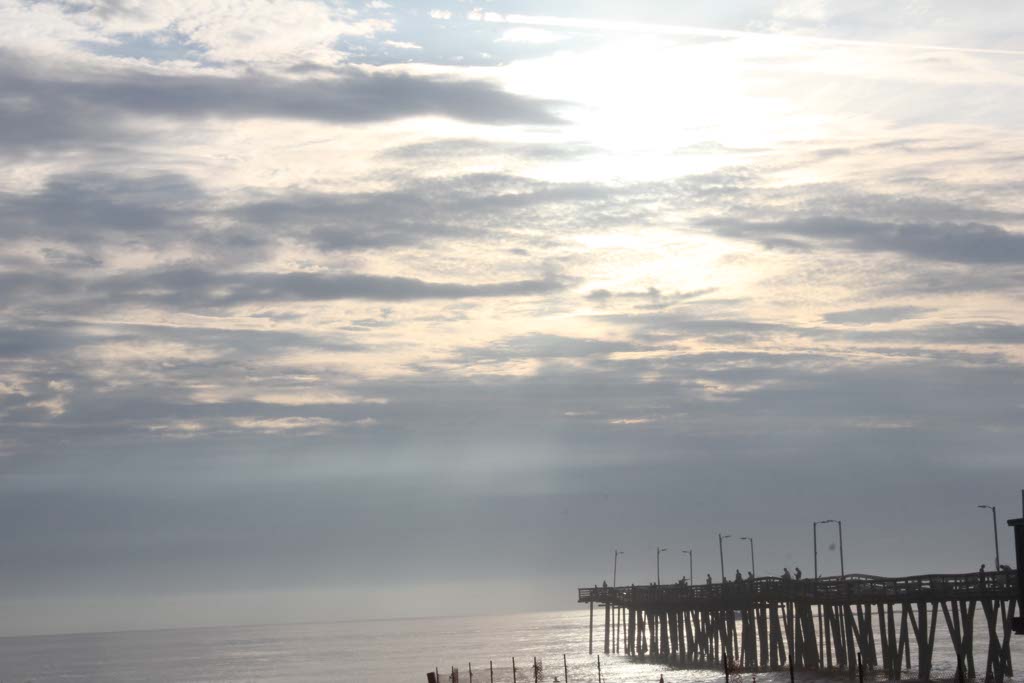 Waking up to the sound of the waves, strolling along the beach, and walking barefoot in the sand is my idea of a spectacular day; add m...
END_OF_DOCUMENT_TOKEN_TO_BE_REPLACED