I saw Blue Man Group seven years ago when I was on a Vegas road trip and fell in love with the bizarre show. Is it weird? Absolutely. Do I understand everything that happens on stage? Not a chance. But it’s the quirky weirdness that brought me back again for more. I saw it again in Montreal at St. Denis Theatre and it was as immersive and curious as I’d remembered. I’d highly recommend it for everyone. The show is good, clean fun. 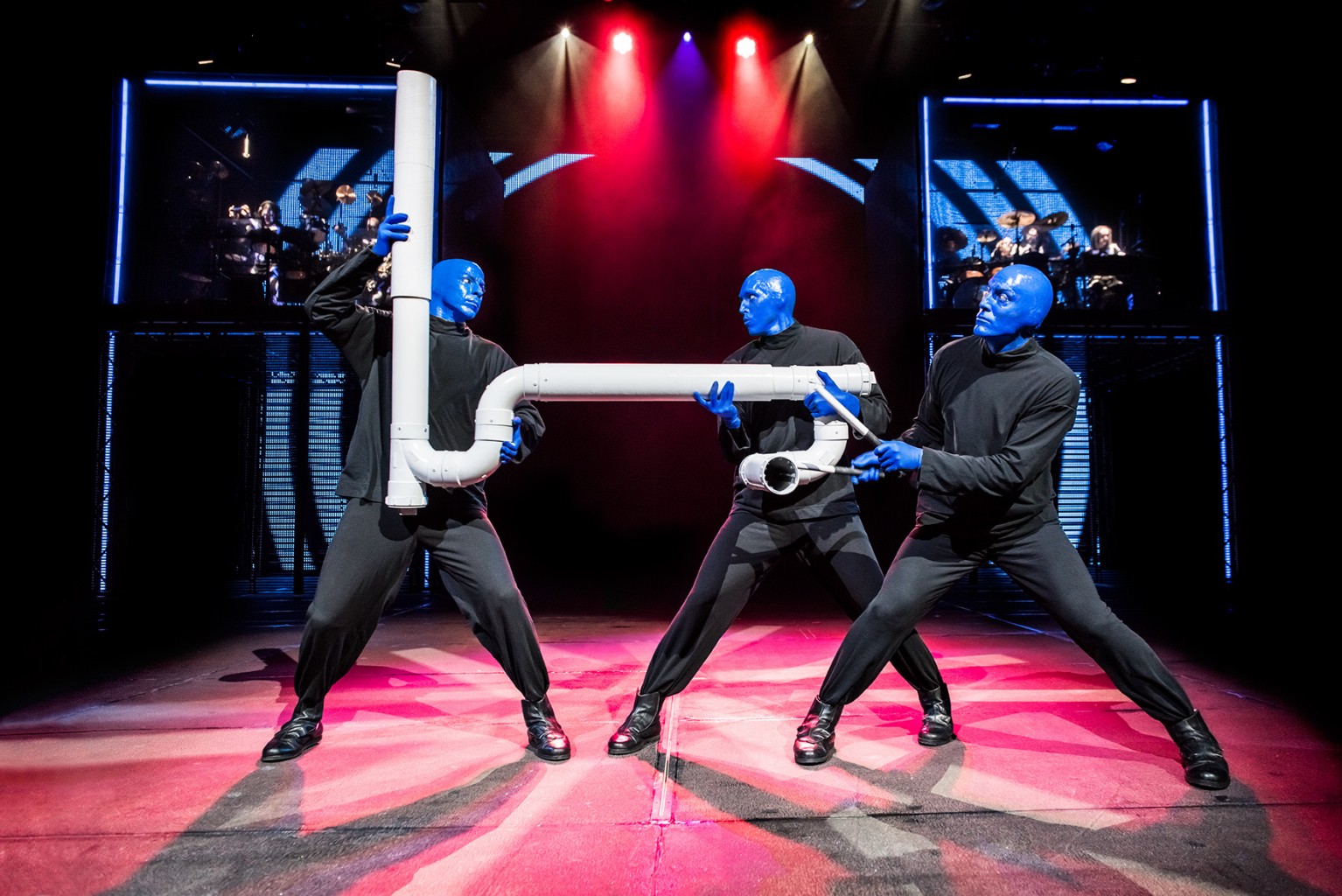 At the beginning, they get the audience ready for the show with a scrolling video screen that issues the usual pre-show requests and birthday announcements and then calls out members of the audience by name to make fun of them. It’s a unique start that sets the tone for the rest of the show.

The stage performance begins with a drum session, including excessive amounts of paint being poured into the drum. This leads to colorful splashes with each hit and the Blue Men getting splashed with the colors. Their facial expression drive the performance over the top and kick off a series of peculiar acts.

One of the favorite acts is when two men catch marshmallows and paintballs in their mouths and then create are with their catch. I’m still dumbfounded by how many marshmallows he caught in his mouth. There must have been some sort of trick to it because there is no way any human could hold that many marshmallows in his mouth at one time. I just don’t understand it.

They brought two audience members onstage during the show and they were the perfect match for the comedy and tone of the show.

The rest of the show left me in awe and mesmerized by the extravagance of it all. With music as the centerpiece and over-the-top strobe lights and streamers, I was immersed in the environment. By the end, everyone was standing in a dance party, complete with huge, colorful balloons and streamers shooting from a gun. 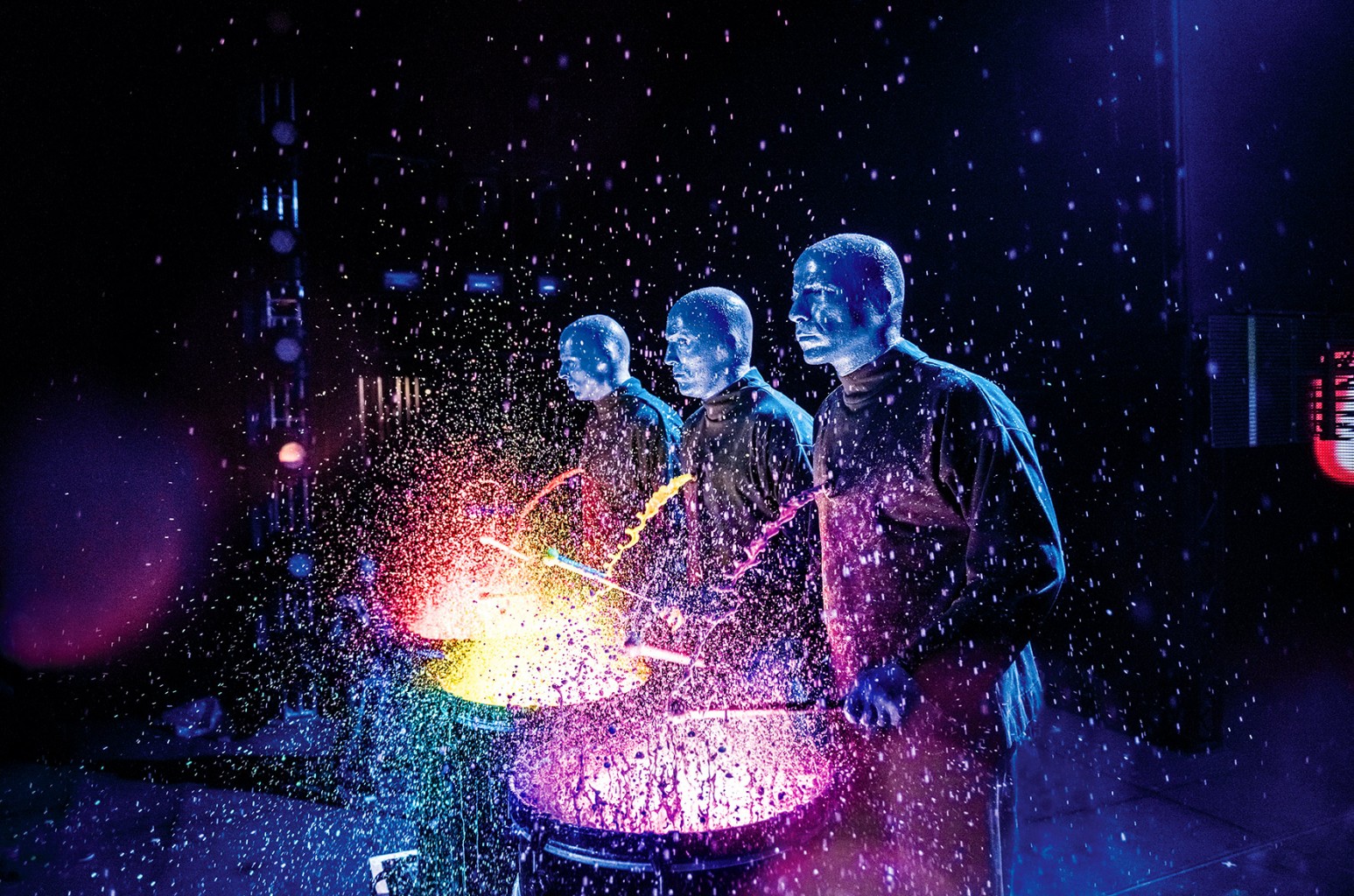 The show is strange, but oddly captivating. The Blue Men do an amazing job and communicating their emotions through expressions and movement. If you don’t mind loud music and bizarre Blue Men roaming the audience once in a while, Blue Man Group is a great fit for all ages.