This year, rather than having a Valentine’s Day party, we wanted to start a new tradition for Athena and her friends called a Girls Friendship Party. Three of Athena’s closest friends were invited to the house for dress-up, hairstyles, makeup fun, gift sharing, and cookie making. The girls had so much fun that we’ll make it a yearly tradition for sure. Each year, the week before Valentine’s, we’ll invite friends for a similar party that adjusts to their new likes and personalities. It’s a great way to celebrate the wonderful friends in Athena’s life. 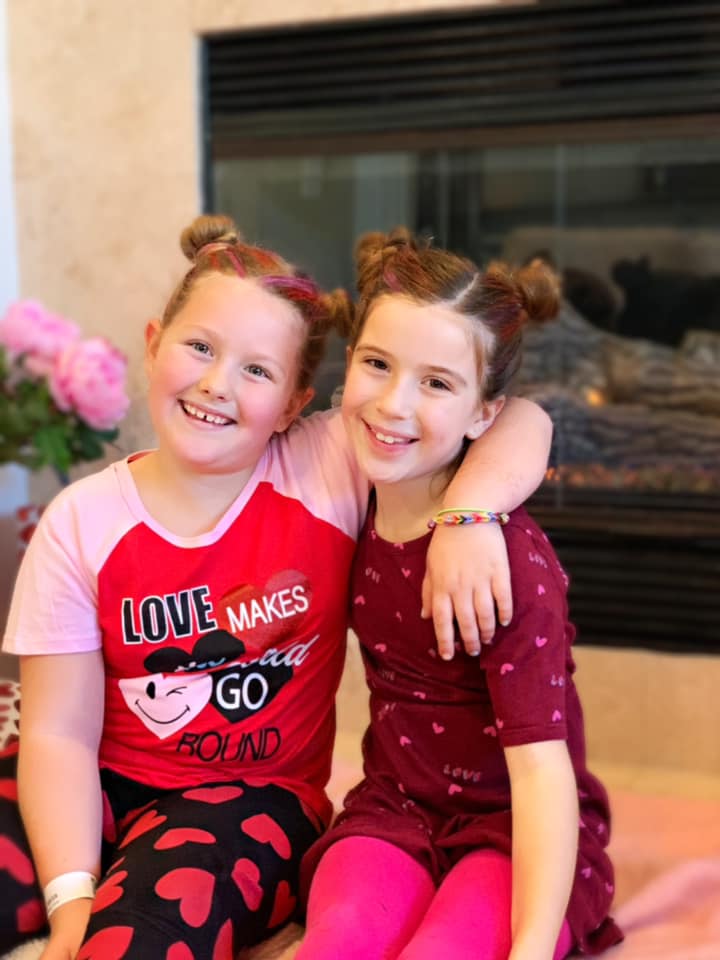 When the girls arrived for the Girls Friendship Party, I helped them create hairstyles that they loved and applied some simple makeup to match eight year old girls without being too much. They dressed in Valentine colors and added hair chalk for the finishing touch. 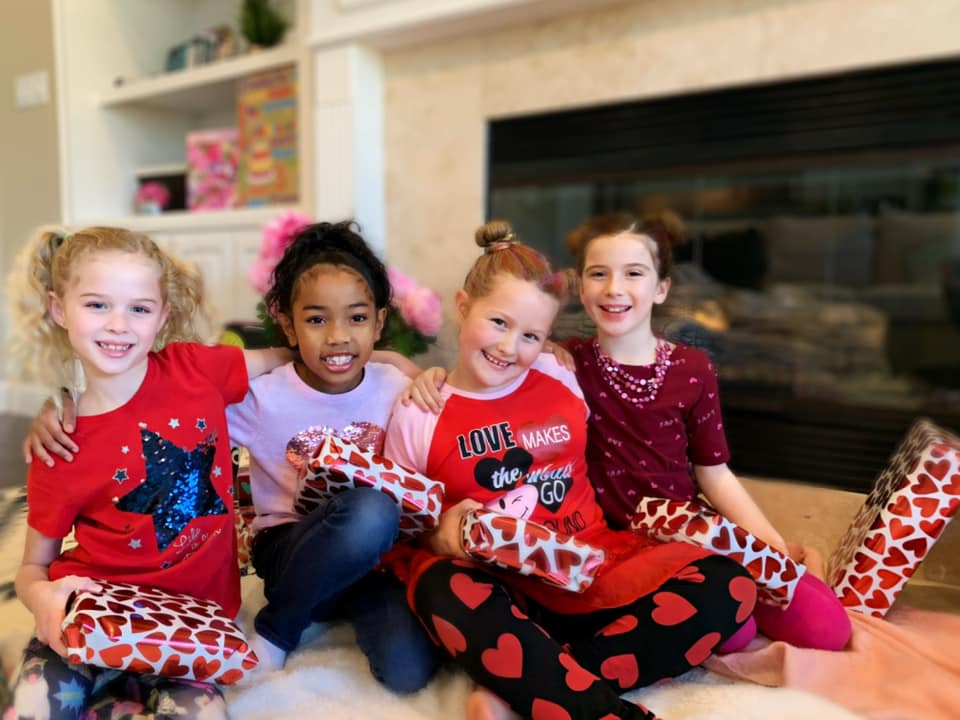 Then, they opened their gifts. We didn’t have many toys but opted for a few of their favorites from this year’s best toys, including Blume Baby Pop, Cutetitos Babitos Series 2, and Hairdorables Hairmazing Fashion Dolls. 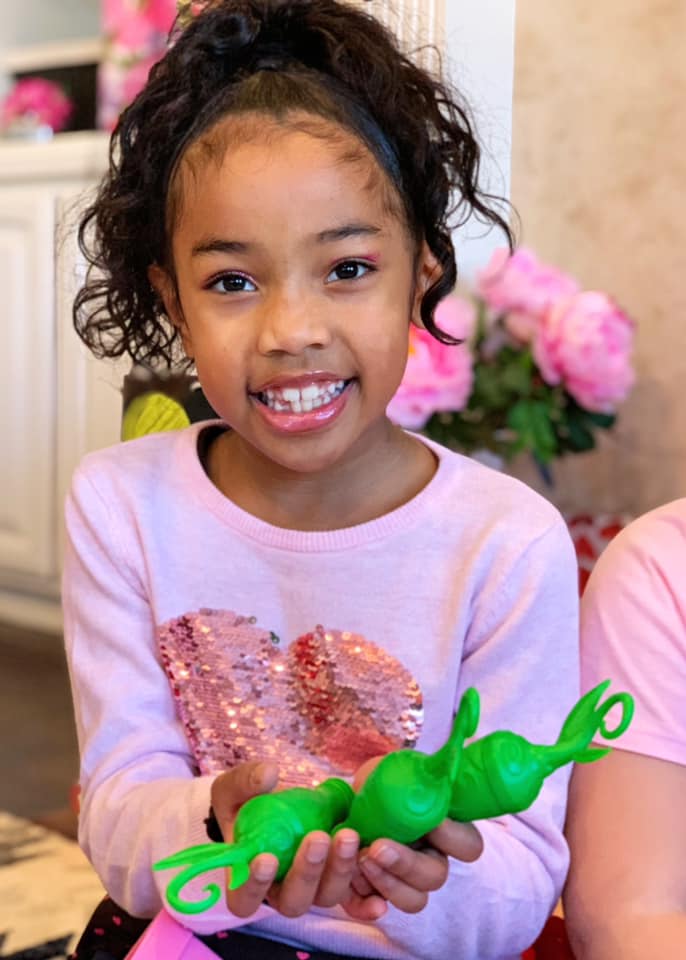 Blume Baby Pop is the newest addition to the globally acclaimed and best selling Blume dolls. With Baby Pop, the surprises don’t stop, as hidden under every sprout is either a baby or a cute baby accessory… just pull and “POP” to reveal what’s inside. 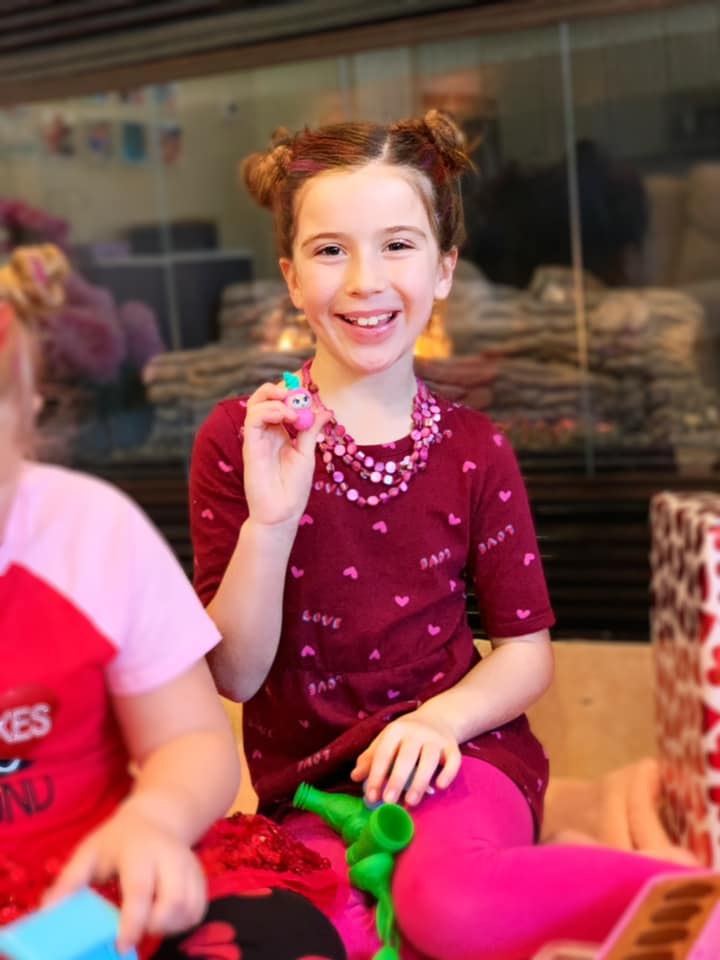 Once the girls opened their Blume Baby Pop sets, they swapped each other for their favorite surprises and accessories to create a truly unique set of their own. 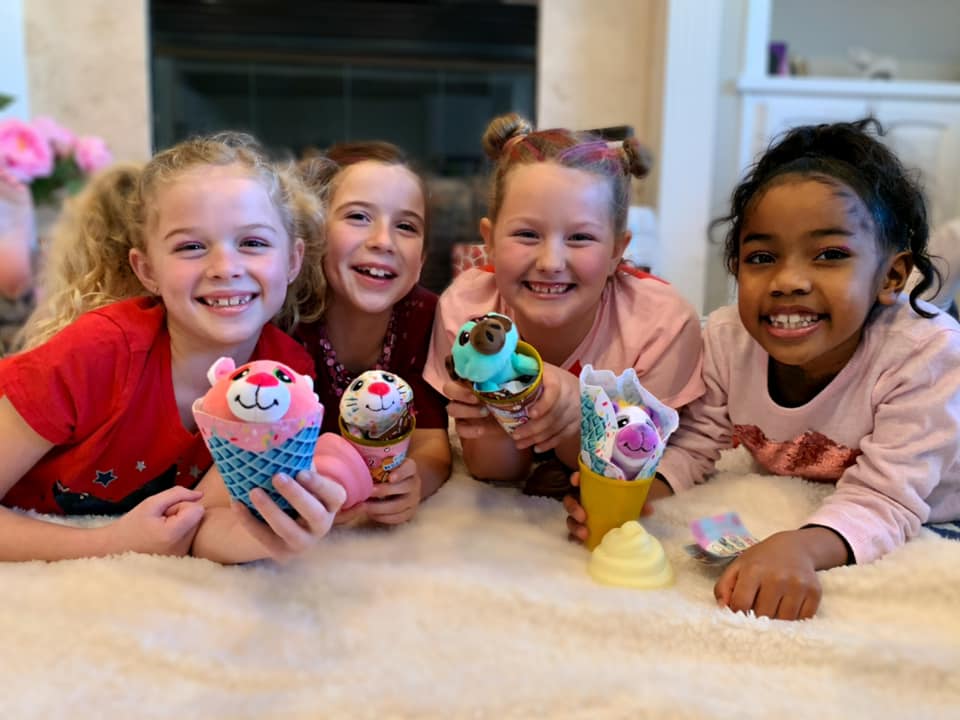 Cutetitos Babitos just got even COOLER, in all new Ice Cream series! Each adorable baby animal is wrapped in a mini waffle cone blanket and stuffed inside an ice cream cone, just waiting to be unrolled and discovered. 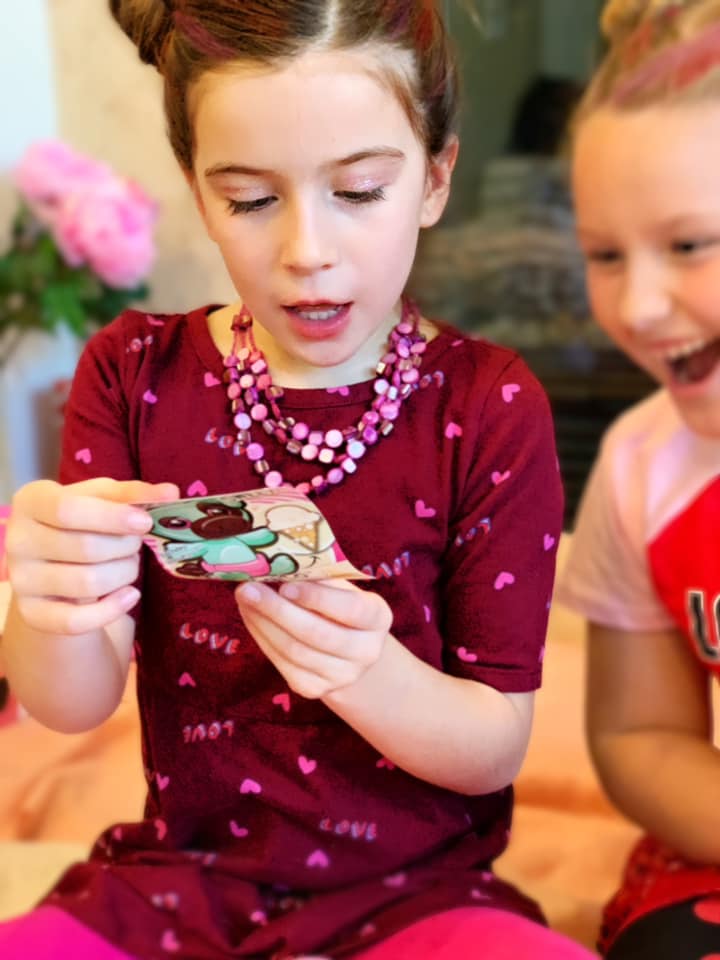 You can check out your Babito’s sweet spot to find out if their personality is sweet, so sweet, extra sweet or super sweet! Madeline’s expression when she opened a super sweet Babito was priceless. All of the girls were happy that someone in the group received a super sweet Babito. It was precious to see them congratulate her without jealousy. 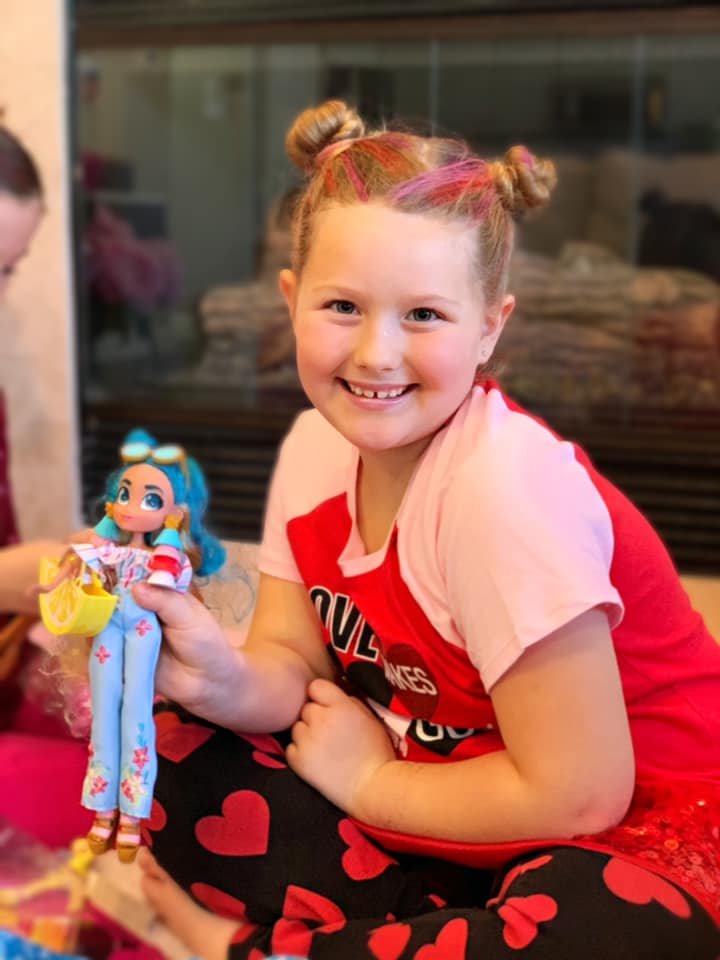 Not only have Hairdorables Hairmazing Fashion Dolls grown up, they’ve glow’d up! This crew is the Ultimate Squad with stylish outfits and accessories and the most amazing hair. 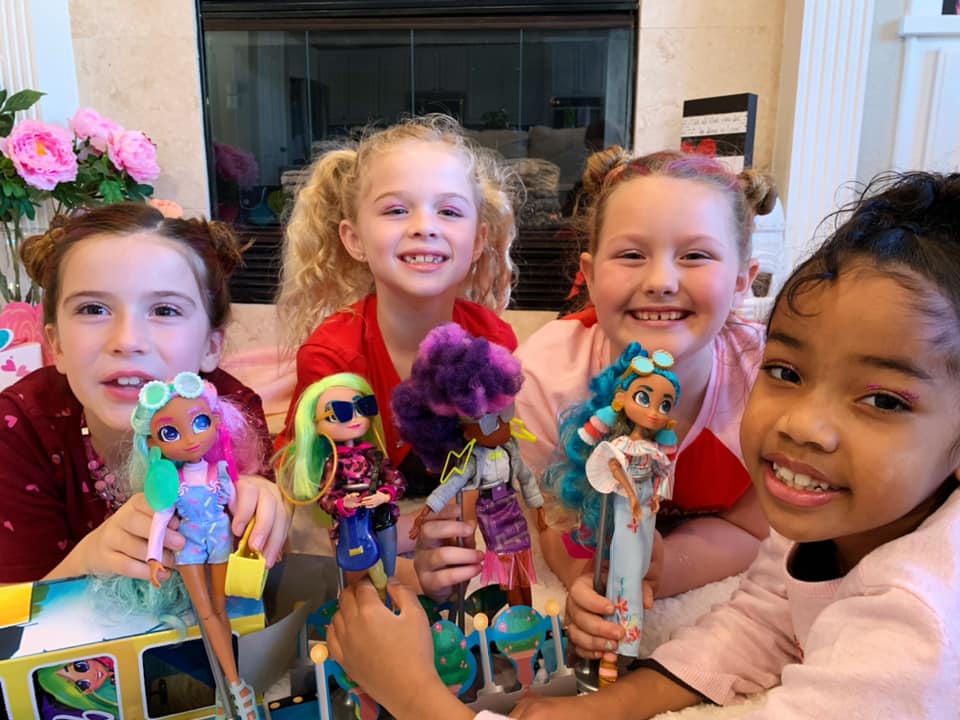 The Hairdorables are great for sharing with besties at a Friendship Party. Open the cover to unbox the season’s hottest accessories. Six surprises are included in four compartments. The box even doubles as a runway for each Hairmazing Doll to make her biggest fashion debut in her unique style.

The girls took turns on each runway sporting fashions for their dolls. They mixed and matched outfits and accessories for a unique style for every runway. 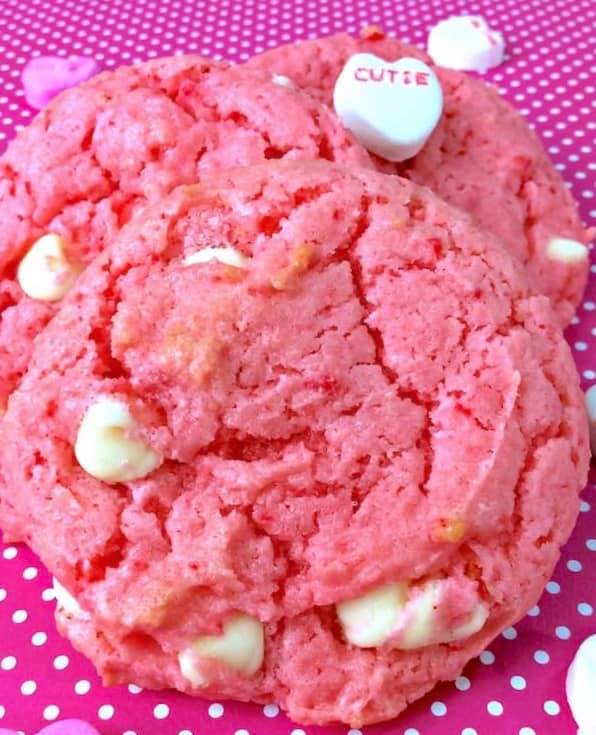 After opening their gifts, the girls made cookies. Some looked like pancakes and others were too thin and burned but the process was fun and we ended up with plenty to eat and share. 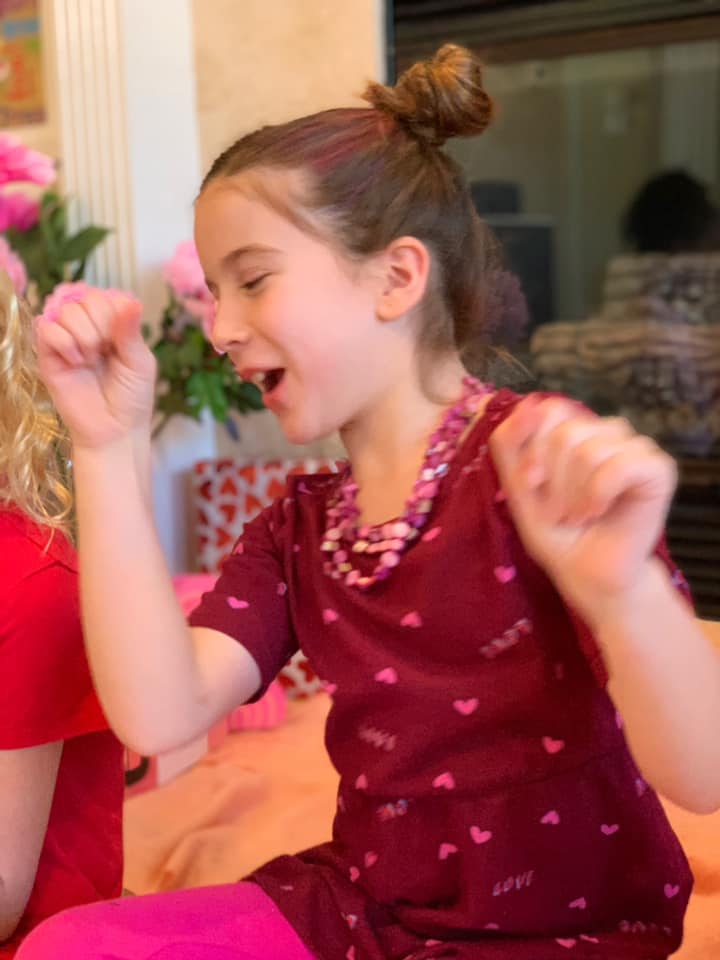 What we thought would be a one-hour Friendship Party, turned into a four hour event. The girls couldn’t get enough of their toys and immediately went back to playing after eating their cookies. They shared toys, laughed together, participated in the most imaginative play, and create memories that will last a lifetime. I’m usually the first one to suggest activities outdoors or attending social events, but sometimes all you need are a few amazing toys and some best friends.