If you’ve ever wanted to sail the world, you will be familiar with the excitement it conjures, alongside the myriad of questions that an adventure like this delivers.

One of the greatest adventures of my life was sailing to Antarctica on tall ship, Bark Europa.

From choosing the right boat to circumnavigate on to planning your route, however, can feel like a bit of a minefield. The rewards are more than worth it, as we discover below.

Celia and Joakim Furusten are two keen sailors who, after browsing many sailing yachts for sale and eventually purchasing an Oyster 56 in 2015, set sail around the world in 2018 and haven’t looked back. Read their story and get inspired.

One Couple’s Experience Sailing the World 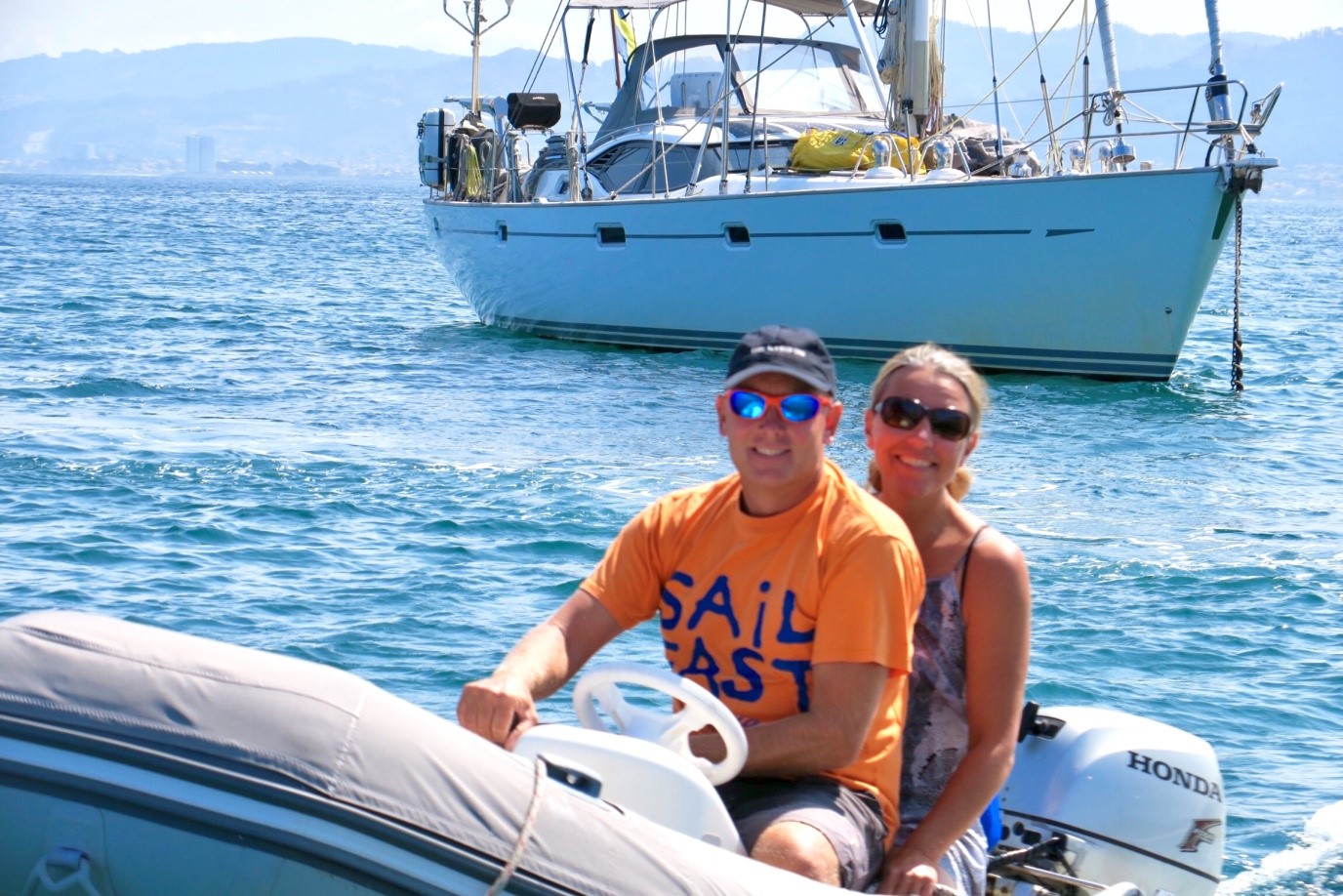 As a couple who had always sailed double-handed, and with no desire to change this, Celia and Joakrim initially believed the Oyster 56 would be too big for them. Their previous yacht, an Elan 350, was a lot smaller – more of a racing boat. However, after Joakrim took part in the Atlantic Rally for Cruisers (ARC) in 2012 with some friends on a Beneteau First 36.7, and struggled with being one of the smaller yachts in the sailing yacht rally and encountering a number of breakages, he vowed that if he was to cross the Atlantic again he would do it on something more comfortable.

The couple had seen Oyster Yachts vessels in the Caribbean and had admired them, although their browsing process took them to a number of brands, attending both the Southampton Boat Show and the Oyster Brokerage Show. The Oyster boats that they thought would suit them best were the Oyster 54 or the 56, but when they stood on the deck of the 56 for the first time, they worried: “How will we be able to get the boat out from a marina like this?” 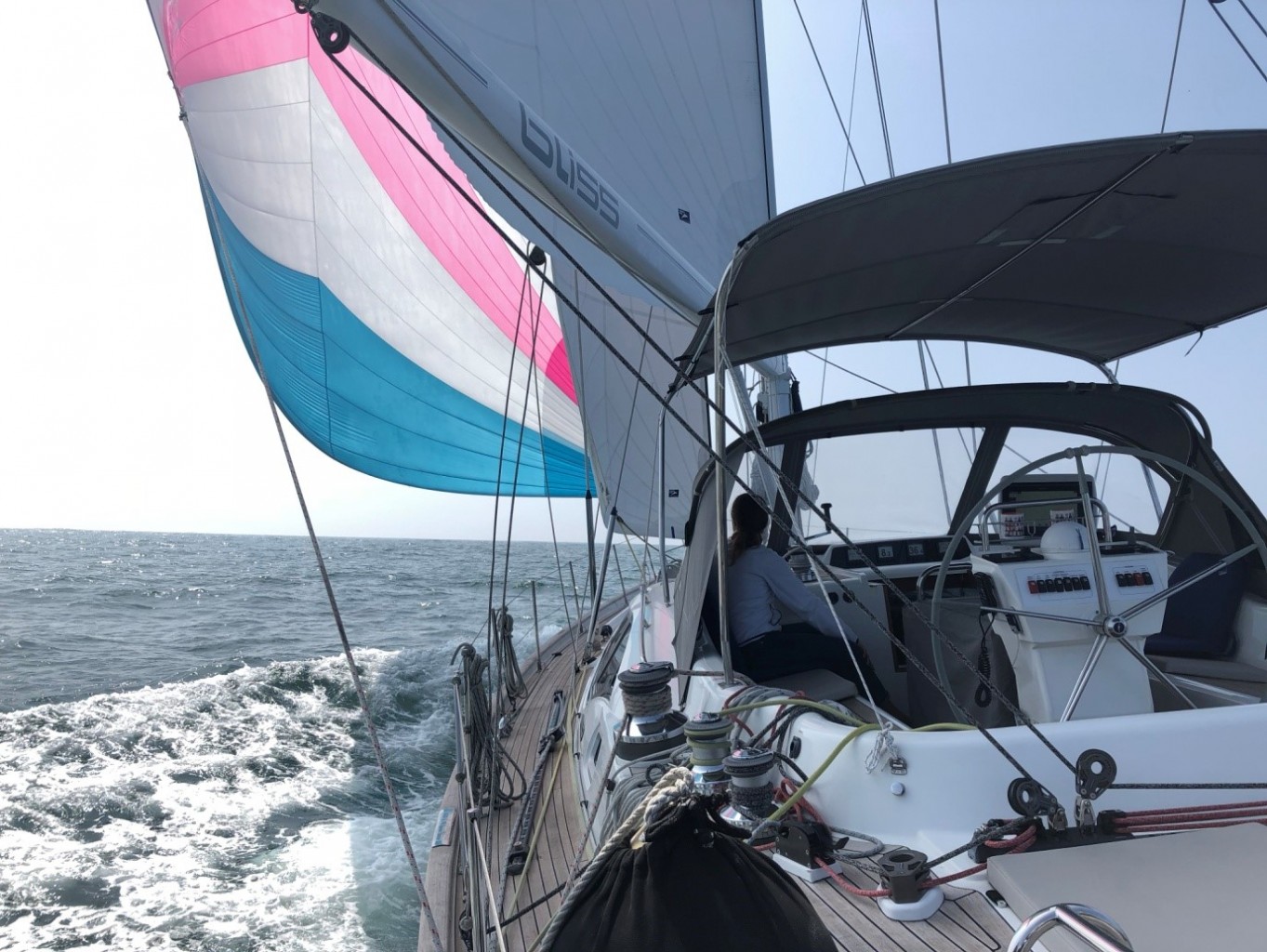 As their search went on, Celia and Joakim became more certain that they wanted a 56, ideally as new as possible and fully-equipped. After a lot of looking, the couple got an email enroute to a weekend in Madrid about a new boat that was coming to the market – one of the last 56s that had been built. Changing their flights, they went to visit her on their way home and instantly got the feeling she was right for them – she was well equipped, with a nice interior, and well maintained with a lot of spare parts. Perfect for their sail around the world, they renamed her Bliss after their previous yacht.

Keeping in Touch with Family and Friends

One of the biggest struggles with an adventure like this is the separation from loved ones. With digital connections now available in much of the world, Celia and Joakim found that it is possible to stay in touch. They have been lucky enough to have loved ones come out to visit them as they sail the world, with friends joining them in April 2019 to take part in the Oyster Regatta Antigua. What’s more, taking their journey slow, they found an opportunity to leave the boat and fly home, travelling back to Sweden last summer to spend time with their relatives, children and grandchildren. 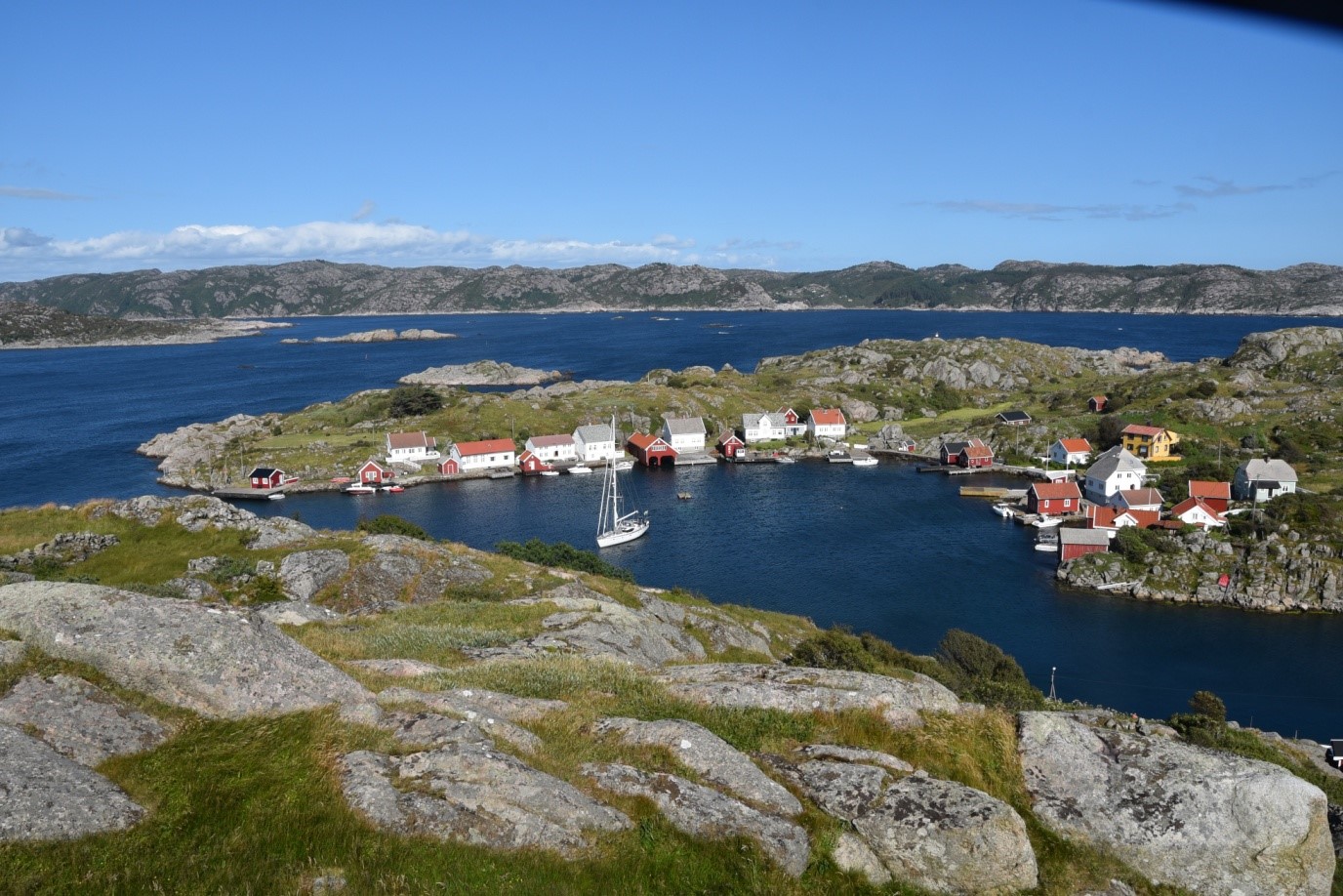 After many sailing weekends exploring Stockholm and Norway and getting used to the boat, Celia and Joakim started their big adventure in June 2018. They chose to sail from Stockholm through the Nord-Ostsee-Kanal/Kiel Canal and down the west coast of Europe. Instead of going straight across the Bay of Biscay to La Coruna, they went to La Rochelle and San Sebastian first. They discovered some beautiful places to visit in Brittany and the northern coast of Spain, and were glad to have chosen that route to begin to explore the world. After La Coruna, they continued to Portugal, Madeira, the Salvage Islands, through the Canary Islands and onto Cape Verde.

The couple started from Cape Verde on 12th December 2018. The wind was gusting up to 35 knots as they left Mindelo but, as it was behind, this made for pleasant sailing conditions. They enjoyed their journey across the Atlantic, dividing the night watches into equal turns so each of them could sleep. They caught plenty of fish including a two-metre-long blue marlin, giving them plenty of food for their travels.

Their course was set for Tobago and they arrived there on Christmas Eve, 12 days after their departure from Mindelo. On Christmas Day itself, a Namibian family hosted a potluck party on the beach for all the boaters, where everyone brought one dish and shared. The couple said: “This was a very different Christmas than we are used to, but we had a great time.

From there, the couple’s sail the world adventure took them up through the Caribbean, taking part in the aforementioned sailing yacht rally in Antigua with friends and coming second place in their class despite having no had time to practice racing together. They made stops along the island chain up to Puerto Rico, before sailing in Bonaire and Curacao, pulling the boat out and taking a break from sailing to spend summer back home with their family.

Celia and Joakim planned to come back to the yacht in September 2019 and continue on to Columbia and then to Panama, heading through the Panama Canal in January this year and onto the Galapagos Islands. After exploring there, they will go to Easter Island, followed by Pitcairn, Gambier and Marquesas. Stopping in Tahiti for the duration of the hurricane season, the couple will then continue on further in the Pacific, spending a few seasons really getting to know this beautiful area. 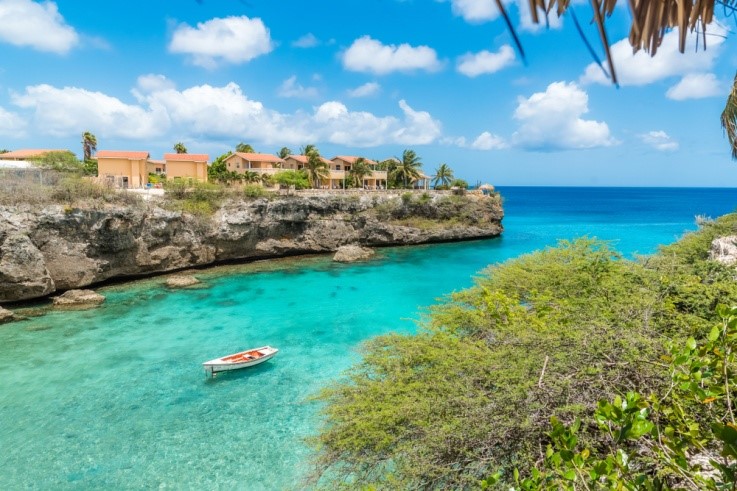 And after that, who knows what’s next? They summed up their journey when they said: “So far, we have had a wonderful time. We have met a lot of nice people from all over the world…. We try to see as much as possible of the places we come to. We enjoy our life in our Oyster and hope we will have many more exciting years to come.”

Tags:
sail the world, sailing
Newer Veno Bags Are Perfect For Picnics
Back to list
Older Positive Affirmations During Pregnancy and Labor 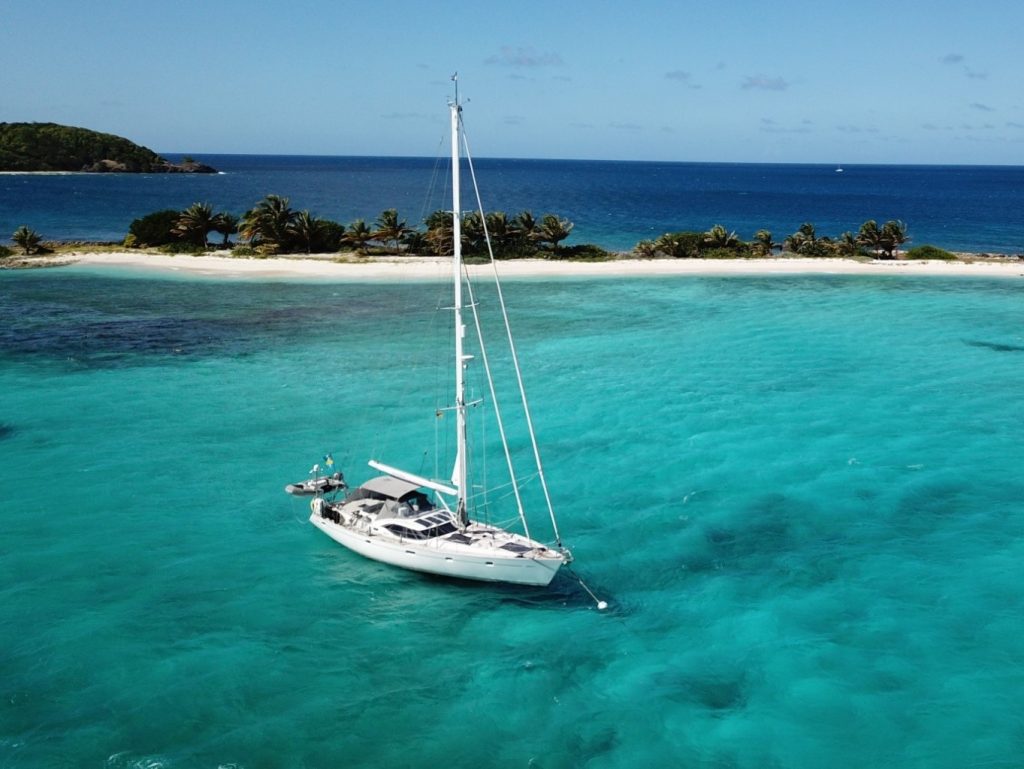 5 Tips to Improve Your Sailing Experience

If you are fascinated by water and love adventures on the sea, sailing should fit your bucket list perfectly. Beginners who want to try...
END_OF_DOCUMENT_TOKEN_TO_BE_REPLACED 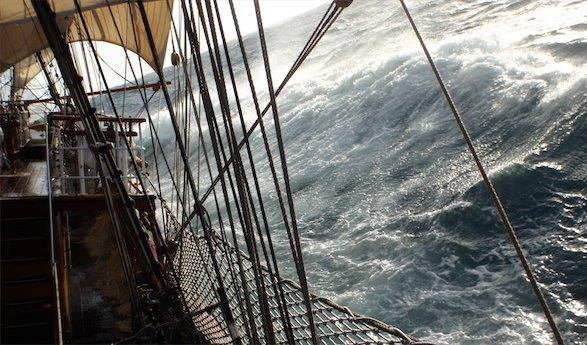 Not many people are able to say they've visited the vastness of the Antarctic continent. I didn't think I'd ever be one of them. And I ...
END_OF_DOCUMENT_TOKEN_TO_BE_REPLACED 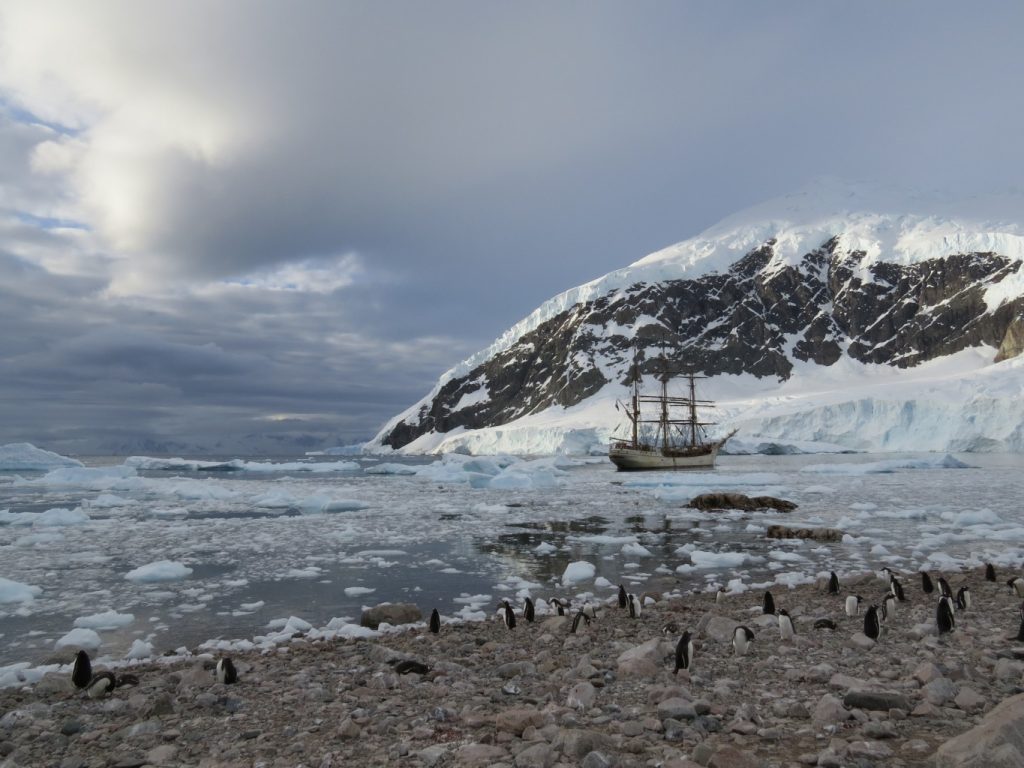 Normally, I'm not much of a photographer. I use my words to express how much I enjoy a new location or experience. Antarctica was diffe...
END_OF_DOCUMENT_TOKEN_TO_BE_REPLACED