On a recent Royal Caribbean cruise, I encountered countless parallels between game development and travel activities and professions. From operating a drone to designing a ship or a destination, game developers and travel industry professionals can learn a lot from each other. As I work on building a new video game at Inevitable Studios, I drew plenty of inspiration from my experiences at sea. Check out these three parallels between game development and travel that I noticed while traveling with Royal Caribbean.

Documenting a Location via Drone 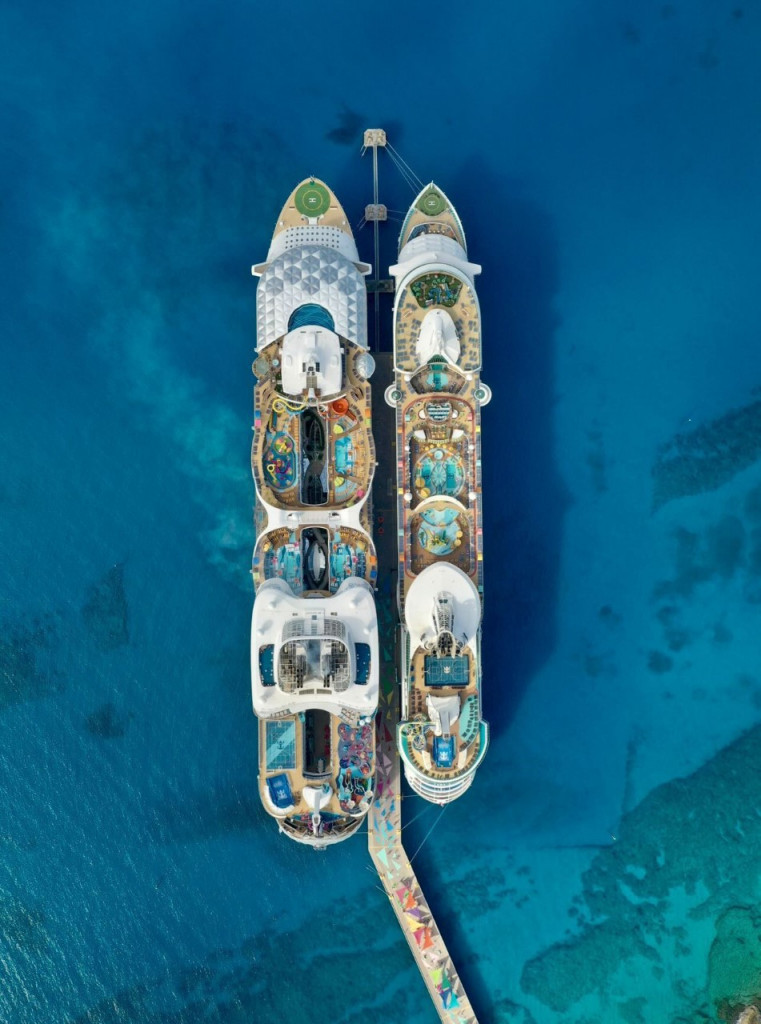 The act of documenting a location via drone fascinates me, but I had never connected the similarities between operating a real-life drone and manning a virtual cam for the many game trailers I’ve made.

During the inaugural sail of Wonder of the Seas, I attended a party at the port of Nassau. A drone operator and I spoke about optimal pathing, unique framing possibilities, and best practices while piloting a drone. It turns out that he was jealous that when capturing game footage, I never had to worry about a number of real-life issues. Drone-on-drone collisions, battery life, or random wildlife getting in the way are not part of game capture like in real life.

In a bizarre twist, I learned my former creative agency recently employed a cinematic drone operator to man a virtual camera in-game, adding real-world authenticity to each shot. 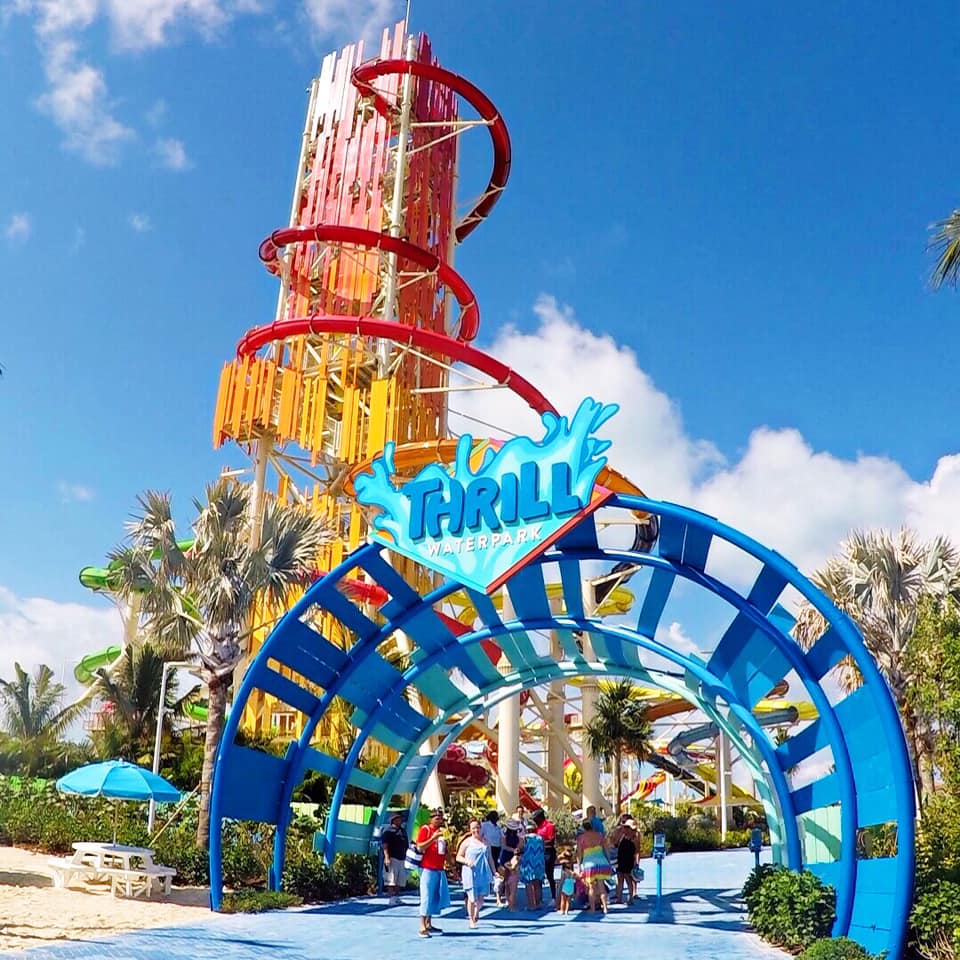 On that same evening, I had the pleasure of meeting a “destination designer” for the Royal Caribbean. We appreciated the fact that we were both “world builders,” crafting spaces to facilitate exploration, elicit fascination, and take advantage of human tendencies to create an intuitive “flow” throughout the entire space. Granted, my worlds rarely feature water slides, beach-side bars, or ziplines, but I certainly keep elements like fun factor, eye candy, and tangible player rewards in mind when constructing any playable space.

Unlike a remarkable real-world location like CocoCay, my worlds can be changed dramatically without the need for major construction, but building without purpose–or planning–is nevertheless discouraged, even when prototyping. No one wants to play an aimless game scenario that doesn’t know what kind of player experience it wants to deliver.

Lastly, I feel it’s important to point out the design of the ship itself. Like a level designer’s dream, it featured clear signage, expert use of color language, artistic and architectural landmarks, and countless other details conveying critical information to each and every passenger. I’ll admit I was overwhelmed at first, struck by the scale and beauty of the ship as well as the sheer awesomeness of being on a “floating city” for the first time in my life. 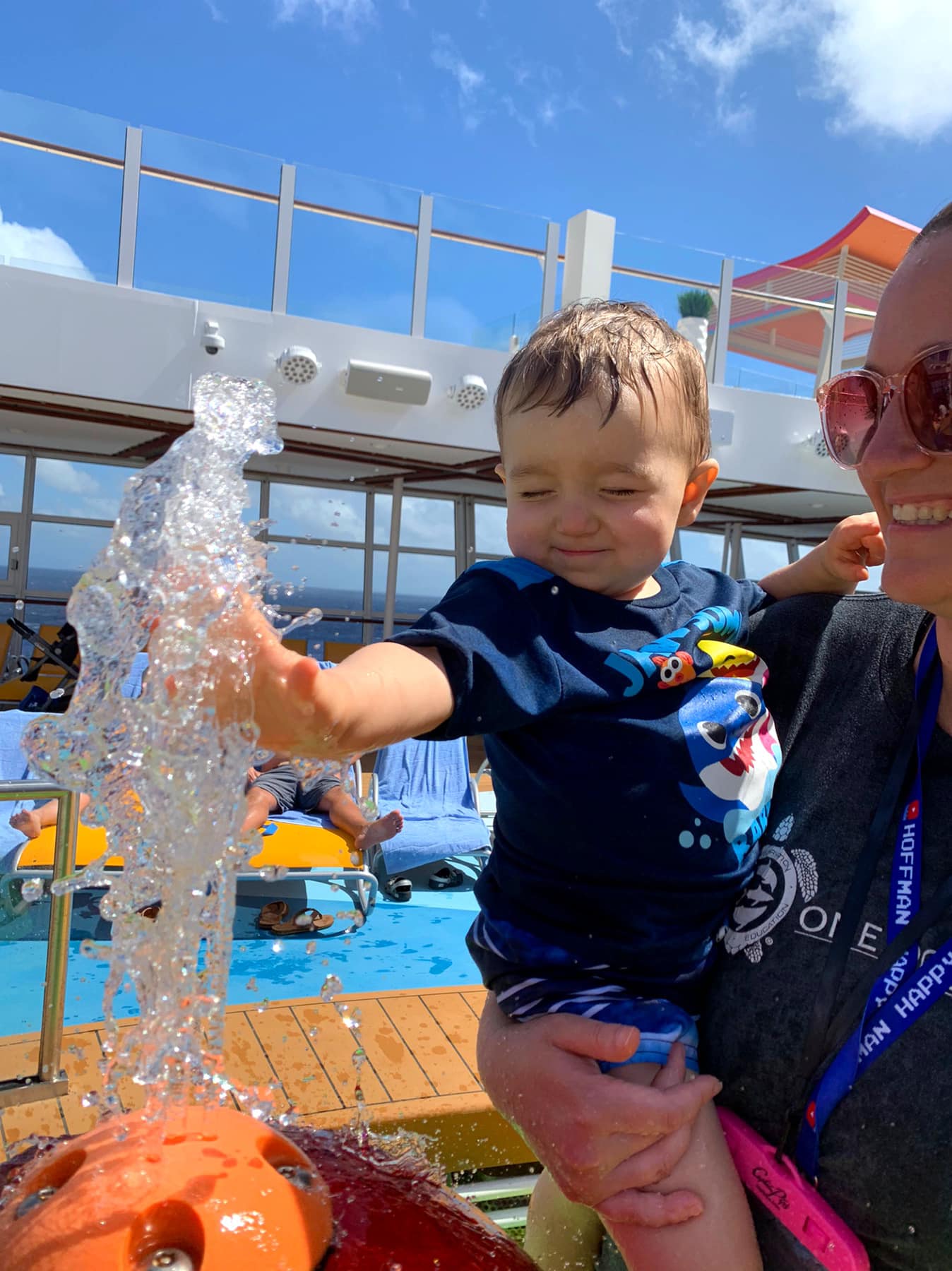 Within a few hours of exploring, Lesley and I felt right at home, ushering Max to our next destination with giddy excitement about all the fun things–and delicious boat drinks–we could enjoy along the way. If it was a game about making wonderful memories, we’d have posted the high score.

Traveling to the seven lands so grand, A journey to explore each strand, From the southern ice to the northern skies, Discovering cu...
END_OF_DOCUMENT_TOKEN_TO_BE_REPLACED

Traveling can be a hassle, especially when it comes to packing and carrying your luggage. A good carry-on bag can make a big difference...
END_OF_DOCUMENT_TOKEN_TO_BE_REPLACED

According to a CNBC report, there is a new “sense of urgency” in travel after the COVID-19 pandemic. The survey of 12,000 travelers fro...
END_OF_DOCUMENT_TOKEN_TO_BE_REPLACED

Many people working in diverse industries usually partake in business travel since it’s essential for them to interact with colleagues,...
END_OF_DOCUMENT_TOKEN_TO_BE_REPLACED

Weekend getaways should be the easiest of all to pack for, right? After all, you know where you're going, what you'll be doing, and wha...
END_OF_DOCUMENT_TOKEN_TO_BE_REPLACED

Recently, Saudi Arabia restored direct flights to Thailand after 32 years. Do you know the history behind the cold relationship between...
END_OF_DOCUMENT_TOKEN_TO_BE_REPLACED

The Palm Beaches are perfect for family travel. Whether you're interested in the beach as a natural playground or exploring the more wi...
END_OF_DOCUMENT_TOKEN_TO_BE_REPLACED

Flower tourism comes alive during the spring and summer. With so many different kinds of wild flora, it’s difficult to decide where bes...
END_OF_DOCUMENT_TOKEN_TO_BE_REPLACED

It’s easier than ever to take amazing photos of your travels so you always have those memories. Your phone is a high-quality camera, so...
END_OF_DOCUMENT_TOKEN_TO_BE_REPLACED

What cities are on your travel bucket list for 2021? When we think of travel, we think of climbing hills to watch the sunrise, cocktail...
END_OF_DOCUMENT_TOKEN_TO_BE_REPLACED

A digital nomad travels the world and works remotely. With the assistance of technology, nomads use the advancements and opportunities ...
END_OF_DOCUMENT_TOKEN_TO_BE_REPLACED

There are some trips where an extra large duffel bag is simply the best luggage option. You might be planning a mountain climbing exped...
END_OF_DOCUMENT_TOKEN_TO_BE_REPLACED