Exploring Charlevoix in the winter is the closest I ever felt to being in a Hallmark movie. When it’s blanketed in freshly fallen snow and paired with with magnificent river and mountains vistas, it’s like a dream. From the lowest valleys to the highest rocky peaks, and everything in between, I love Charlevoix. Here are just a few of my favorite experiences for your Charlevoix winter bucket list. 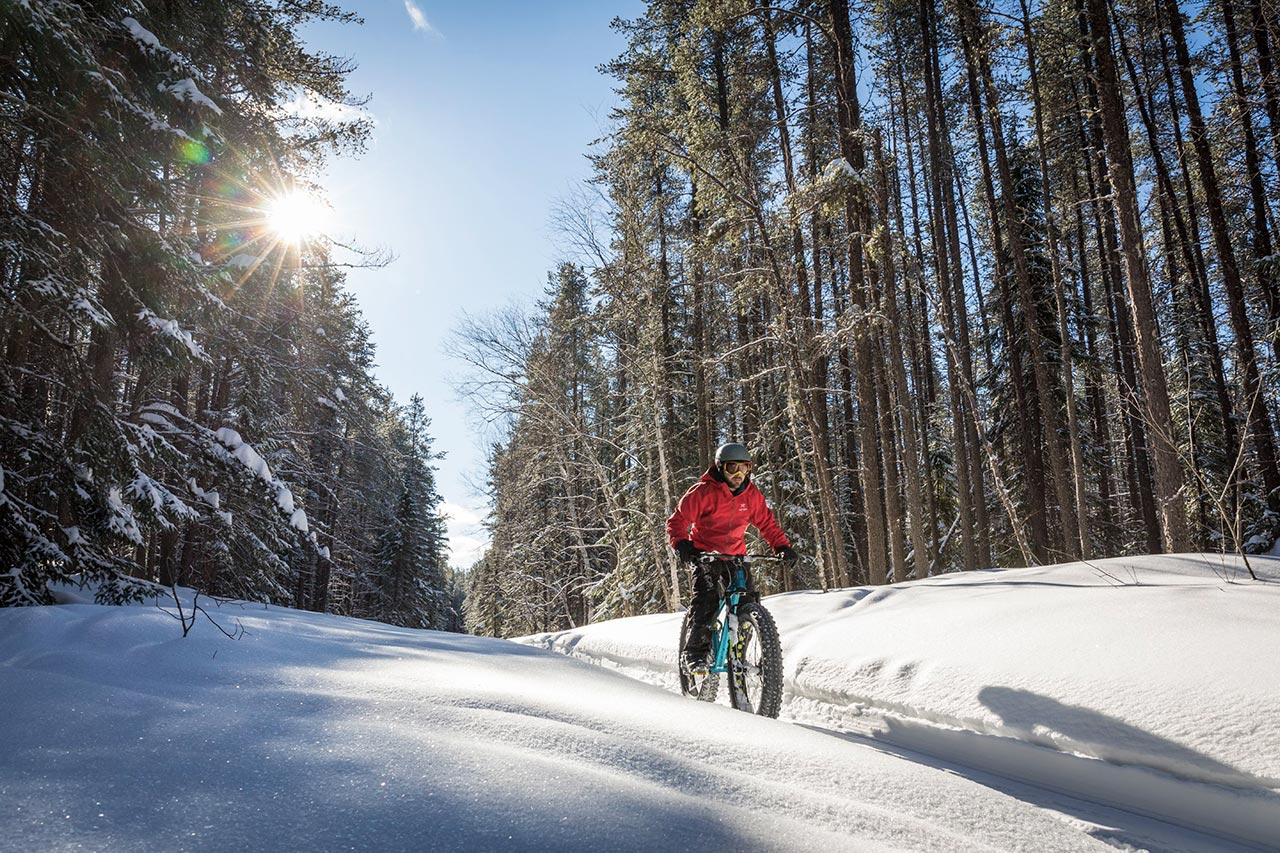 Hautes-Gorges-de-la-Rivière-Malbaie National Park is one of the reasons that the Charlevoix region was designated a World Biosphere Reserve. Characterized by valleys cutting through mountains, the park has steep slopes intertwined with the Malbaie River.

With its steep cliffs and summit overlooking the Charlevoix region from an altitude of 1048 metres, the Parc national des Hautes-Gorges-de-la-Rivière-Malbaie is one of the highest rock faces east of the Rockies. Beyond its altitude, the unevenness of its valleys sets it apart with its striking landscapes. If you’re looking for an all-inclusive winter vacation filled with the best of the region, Club Med Quebec Charlevoix needs to be on your bucket list.

Nestled on Le Massif de Charlevoix, this enchanted interlude offers breathtaking views on the river, during all seasons. Combine convenience, comfort and luxury, with a lot of Club Med spirit, for memorable getaways for families, couples and groups.

Club Med Quebec Charleviox is magnificent that you could dedicate an entire bucket list just to this property. 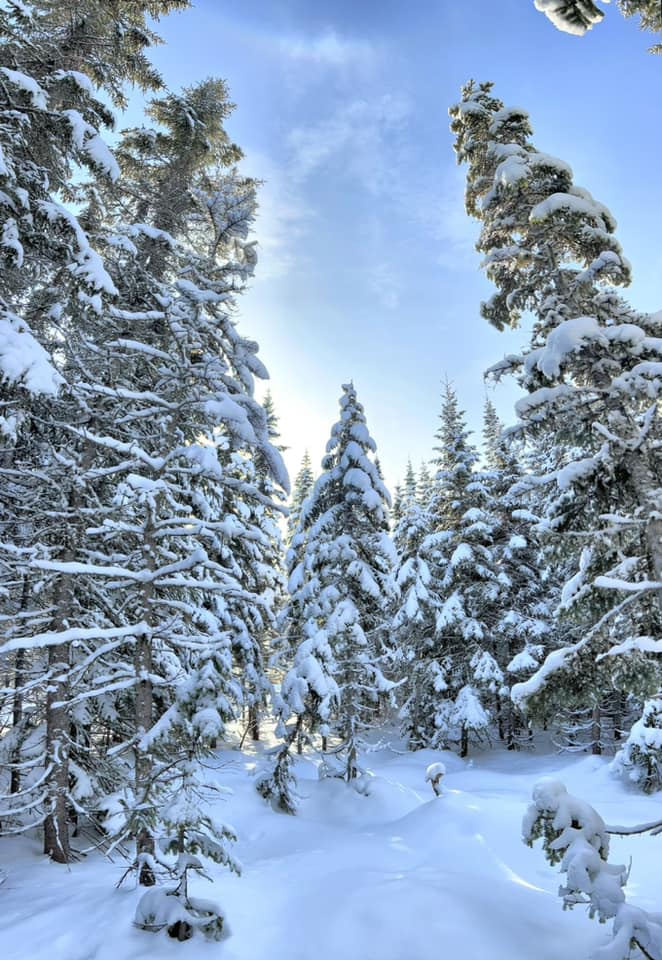 Sentier des Caps de Charlevoix is my favorite place for snowshoeing in the world. The trails meander across boreal and ancient forests offering riverside views of Isle-aux-Coudres and the Montmagny Archipelago.

Being surrounded by giant trees blanketed with snow and breathing in that fresh, crisp air created a peacefulness that I’m not use to experiencing. I felt invigorated like I had run a marathon and my lungs were ready to breathe new life. 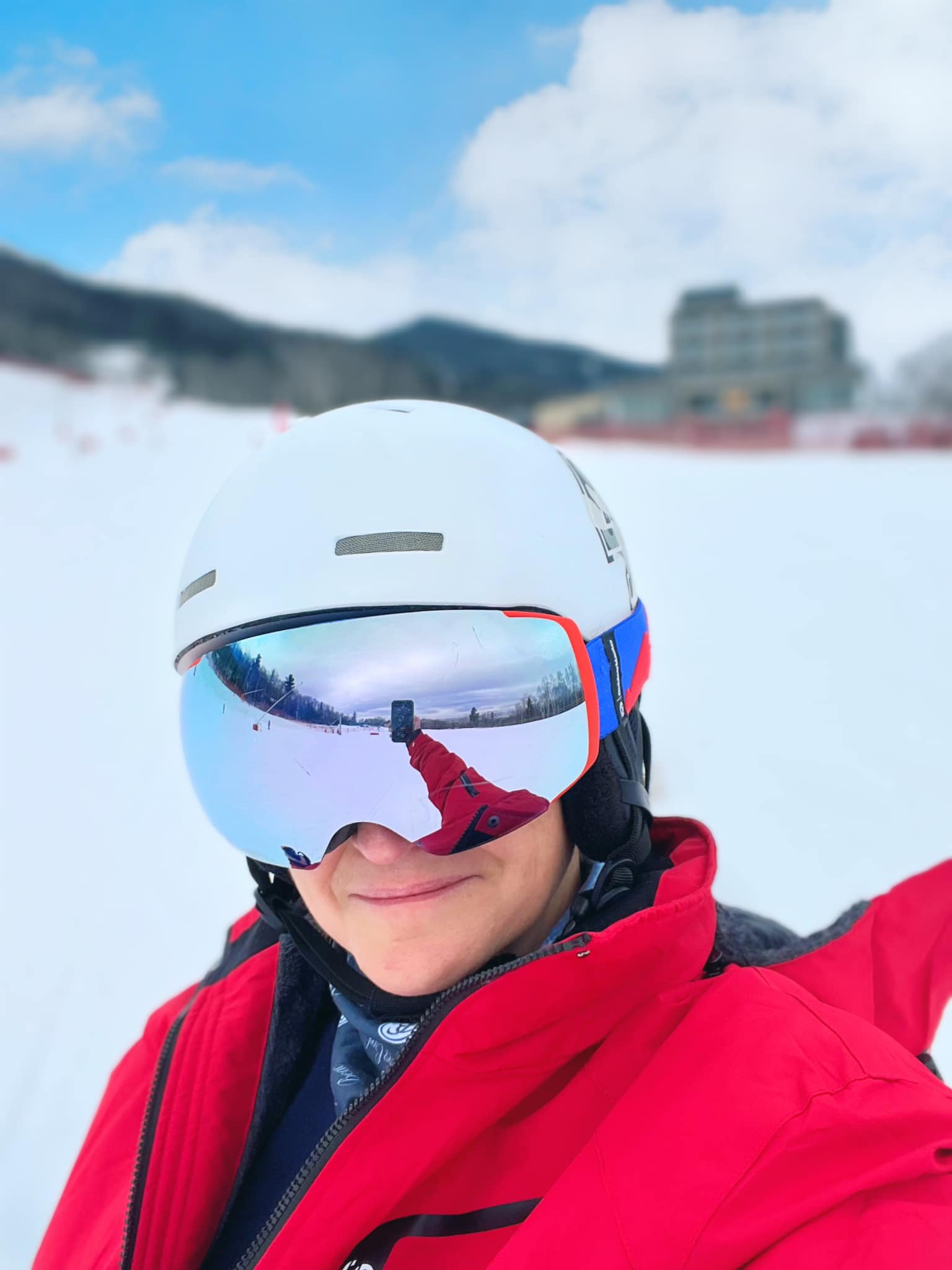 Skiing at Le Massif made me feel like I was going to jump off of the mountain and into the St. Lawrence River, but in a dream-like way that made me excited and full of anticipation. While Le Massif offers a network of slopes ranging from easy to expert, as well mountain biking and cross-country skiing, it is probably most known for its wooden sledding experience.

Imagine racing down the side of a mountain on a wooden sled, which gives you complete control to weave 4.5 miles down the groomed trail along the side of the mountain. You use only a rope, your own weight, and a leg to steer. Are you up for the adventure? There are tight turns, several stops, and a warm chalet halfway down. All of this awaits for your Charlevoix winter bucket list at Le Massif.

The specially made wooden sled on runners is rented on-site, and the 4.5-mile trip down the mountain takes about 1.5 hours. 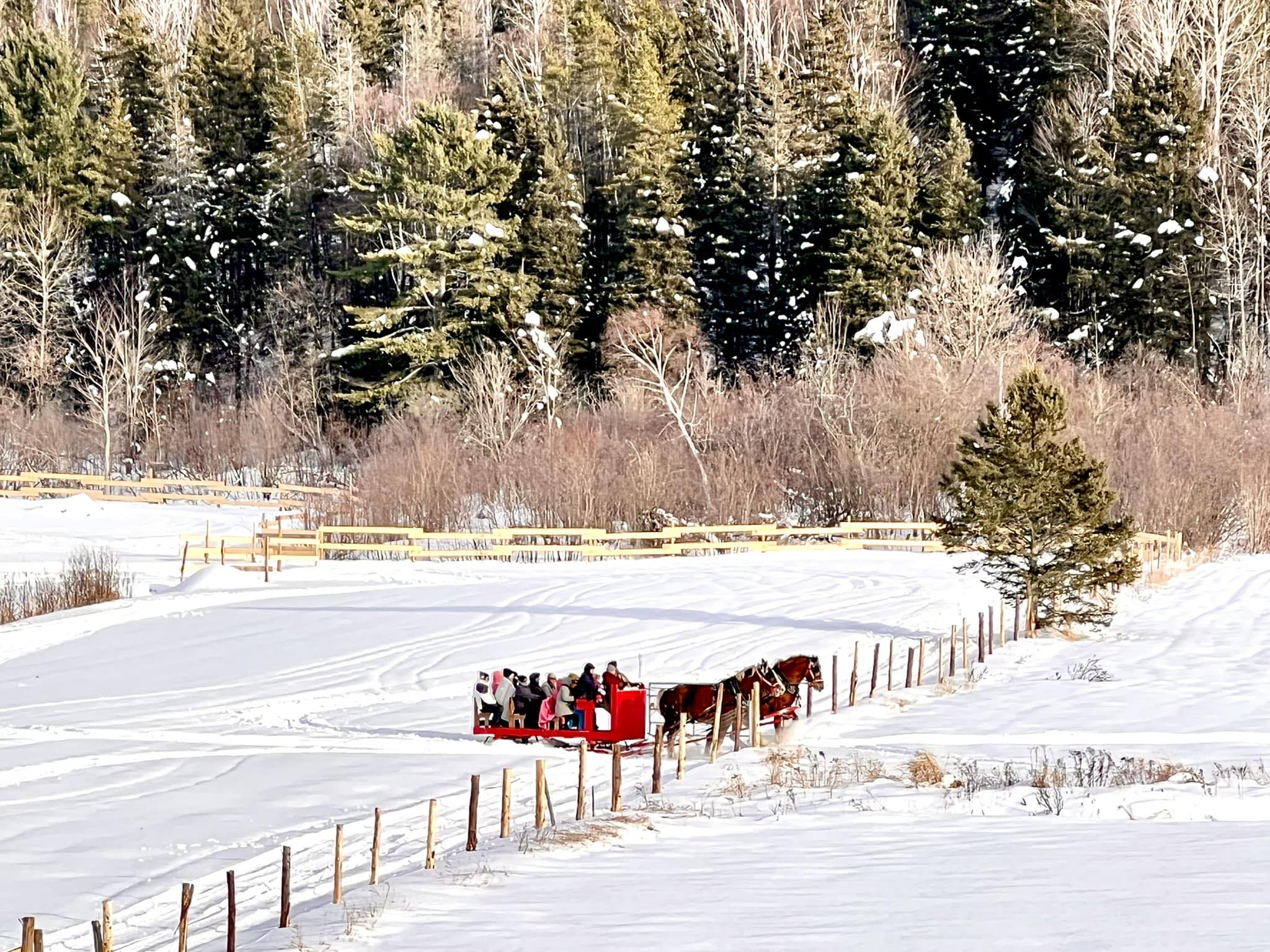 Does a winter sleigh ride sound like an absolute must to you?

A sleigh ride in the heart of nature in Baie Saint-Paul awaits you with Les Montagnards de Charlevoix.

The horse-drawn sleigh ride will transport you to a countryside setting through the winter trails of the mountains of Charlevoix. 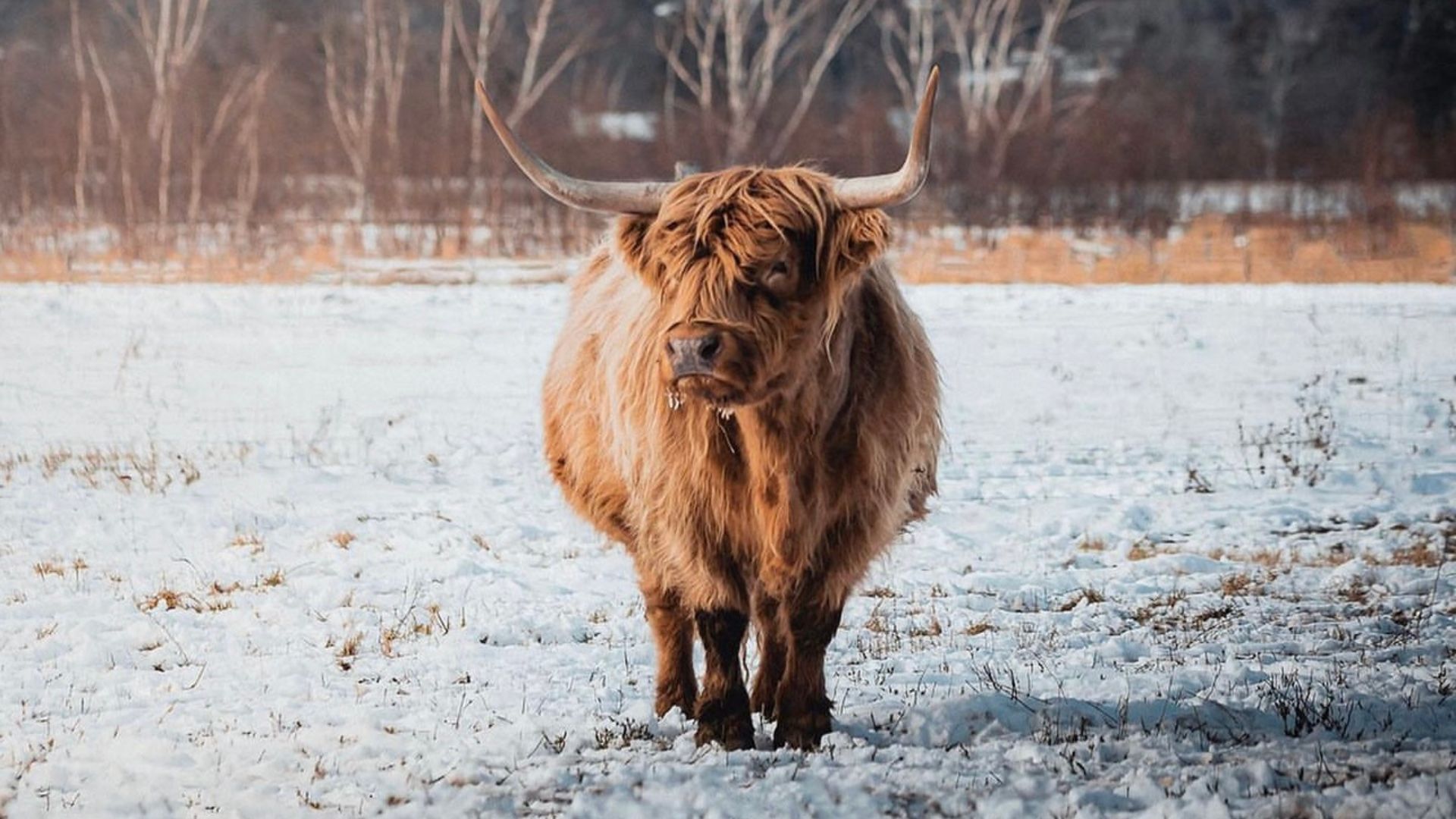 Le Germain Hotel Charlevoix, located about an hour and fifteen minutes from Quebec City, is situated in the town of Baie-Saint-Paul Quebec on the shores of the St. Lawrence River. Once a massive farm, the hotel is the vision of Daniel Gauthier, known for starting Cirque de Soleil in this tiny village.

The hotel buildings span five complexes with a variety of different types of rooms. With 145 rooms, a thermal outdoor spa, a conference facility, two restaurants, a bakery and steps from the St. Lawrence and town of Baie St. Paul, this is a natural choice for any bucket list.