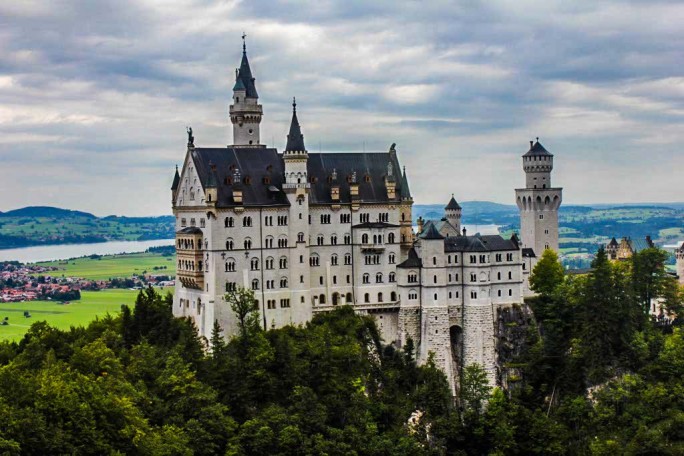 Germany is blessed with some of Europe’s most visited sights. There’s spectacular scenery like the jagged Alps, flower-filled meadows, rolling hills, and mighty rivers all dotted with castles and half-timbered villages. From quaint medieval towns to cosmopolitan cities, Germany offers a mix of tradition and modernity.

Things Not to Miss in Germany

Money Matters – The euro (€) is used in Germany. All major U.S. credit cards are accepted in Germany. The most frequently used are MasterCard and Visa.

When to Visit – Germany is a year-round destination but it’s particularly wonderful May through September for the long mild days that stretch sightseeing hours and are perfect for relaxing in beer gardens. In the north, January can be dark and cold. Southern Germany, on the other hand, is a great winter destination, with world-class skiing, spas, and wellness options.

Manners – If you’re invited into a German home it’s polite to take a gift like flowers or wine.  Say ‘Guten Appetit’ before eating and eat everything on your plate or they’ll think you didn’t enjoy your meal.

A GoPro, an XShot, & a Toddler – Germany Bucket List Made Reality

The Curious Mind of a Toddler in Fussen, Germany