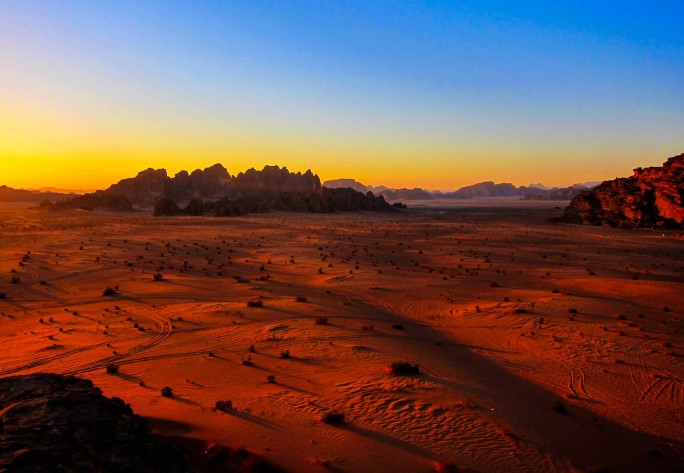 Jordan’s popular image lies with camels and deserts, justifiably so since it is about 85% desert, yet it is a country of mountains, beaches, historical ruins, and castles, rich in culture and hospitable people. It is both safe and welcoming for the entire family.

Things Not to Miss in Jordan

Language – Arabic is the official language. English is widely spoken. French, German, Italian and Spanish are also spoken in many tourist areas.

For the latest information, and to check specific requirements for your nationality, see Entry in to Jordan on the official Jordan Tourism Board web site.

Money Matters – The local currency is the Jordanian Dinar, symbol JD, which is often called the “jaydee”. All major credit cards and US dollars are widely accepted although some, not all, stores may charge you a 3-5% service fee if paying for your shopping with a credit card. Most local kiosks
and souvenir stalls will only accept local/US currency. ATM machines are available throughout Amman and major cities, and in some hotels should you need to use them. Currency Exchange services are also available throughout the country. Jordan is a cash society. In most places (other than top-end hotels and restaurants) the only acceptable method of payment is cash dinars.

Attire – Even though Jordan is primarily a Muslim country, the freedom of all religions is protected. Some traditional Muslim and Christian women choose to wear clothing that covers their arms, legs and/or hair, however, this is by choice only and no one is subject to these customs, but
very revealing clothing is never appropriate and conservative dress is advisable for both men and women in the old part of Amman (downtown) and outside the cities. Otherwise, you are free to dress as you are accustomed.

Drinking Water – When traveling to any foreign country, health officials advise that you be careful about drinking water from an unknown source, since this may be disruptive to ones digestive system. Bottled water is readily available and is highly recommended.

Under a Blanket of Stars in Wadi Rum

Beauty Beyond Words – The Kings’ Highway

My Journey Back in Time to Petra

No End In Sight – Hiking from Wadi Dana to Feynan, Jordan

The Most Beautifully Preserved Greek-Roman City Is Where?

Fijians, You Have Competition