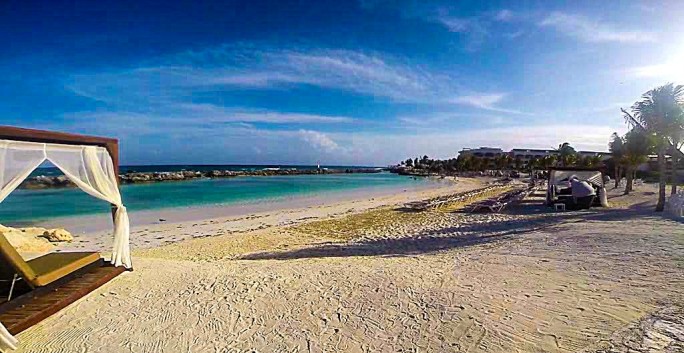 Mexico is a fascinating country filled with diverse landscapes that range from delicate cloud forests to barren, desert terrain. It’s a tourist haven with white beaches and an azure sea.

Things Not to Miss in Mexico

Language  – Mexico has 68 recognized languages, but Spanish is the main one.

Money Matters – The currency of Mexico is the peso (MXN). Credit and debit cards are widely accepted in Mexico. As in the rest of North America, Visa and MasterCard are universally accepted and American Express is less widely accepted. In Mexico, tipping is not only customary; it is expected and appreciated in return for good service.

Electricity – Mexico’s electricity system is the same as that of the USA: 120 V; 60 Hz.

All of My Favorite Things

A Royal Hideaway in Mexico

Vacation in a Foreign Country in Just 2 Hours!